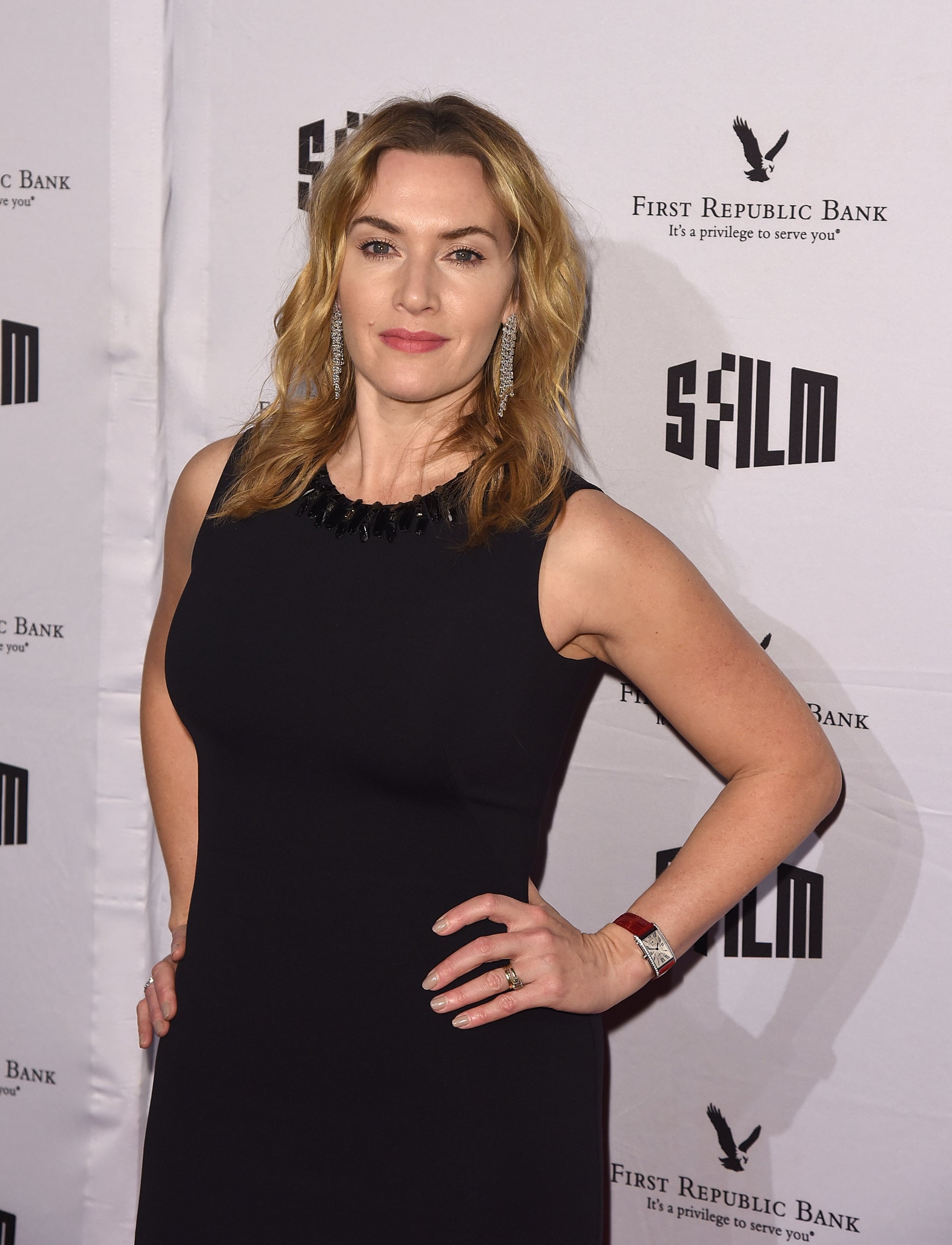 Out of all the high-profile celebrity parents out there, Kate Winslet may have the most intricate blended family dynamic, yet she makes it look so effortlessly easy. A quick run down for those who aren't familiar with the Titanic star's romantic history: she married Jim Threapleton in 1998, they had a baby girl, Mia, in 2000 and divorced one year later; she married Sam Mendes in 2003, gave birth to their son Joe that same year, and then they split in 2010; in 2012, she married her current husband, Edward Abel Smith, and they have one son together named Bear. The blended family, and a happy one at that, now reside in Sussex.

While having three children so sporadic in age does come handy at times, Winslet says other times can be very "logistically . . . complicated." In her March 2015 cover story for Harper's Bazaar UK, she explained, "Because of the age gaps, each of my children is at such a different stage . . . And emotionally too, they all have very different things they need from me." She wouldn't change any of it though, she says having her three kids "is so much fun." Read more about Mia, Joe, and Bear below!

Mia Honey Threapleton is Winslet's oldest child and only daughter, whom she shares with ex-husband and British film director Jim Threapleton. Mia was born on October 12, 2000. Taking after both her parents, Mia has already dipped her toes in the acting pool. The 20-year-old made her on-screen debut in the psychological, post-apocalyptic series Shadows, per Variety. Despite growing up with a mom like Winslet, Mia recalled she never visited sets much growing up. "It was always a special treat. It's a very different experience when it is happening to you, and not just something I was getting to observe from time to time," she explained. "I really understand why my mum has always impressed on us how hard the work is."

Born on December 22, 2003, Joe is Winslet's eldest son, whom she shares with ex-husband Sam Mendes. The Divergent actress was a virtual guest on Jimmy Kimmel Live back in January 2021 and opened up on how quarantine life has been difficult for her kids, especially Joe. "I think it's hard on all of them but he's very musical so he's able to Zoom with his mates and make music," she said. The mom added that in the UK you can get your drivers licence at 17 years old, so that's something he's now looking forward to — a job Winslet jokes will fall on her husband, not her.

Born on December 7, 2013, Bear Blaze Winslet is the actress's youngest child, whom she shares with husband Edward Abel Smith. A few months after his arrival, Winslet appeared on The Ellen DeGeneres Show and dished on how her son's peculiar names came to be. "We settled on Bear early on," she explained, adding that it was "really lovely" to have her elder kids, Mia and Joe, so involved in the baby name process. However, the name "Bear" had always been a possibility in the back of Winslet's mind as she had a close friend with the same nickname growing up. Then she went on to share the wild story behind her son's middle name: "And then Bear's second name is Blaze because my husband and I met in a house fire basically . . . and the house burned down and we survived. But we wanted something of the fire," she told the daytime host.

Bear is now 7 years old, and recently confessed to his mom that he wants to be an "actress" when he grows up, she told Kimmel. "Sign me up! Just, just, just do it mom, sign me up!" Winslet laughed, reminiscing. She gave her youngest major kudos for being the funny one in the family.