"We fight for a more perfect union because we are fighting for the soul of this country and for our lives. And right now, that fight is real." -- Kerry Washington #DemConventionhttps://t.co/LVTf8n72tX pic.twitter.com/4ASJwk2vWn

While emceeing the Democratic National Convention on Aug. 19, actress Kerry Washington gave a hat tip to her eighth grade teacher for introducing her to the fundamentals of American politics.

"When I was in seventh or eighth grade, we memorized the preamble of the Constitution," she explained. "And I've never forgotten it. The first 15 words of our Constitution are, 'We the People of the United States, in Order to form a more perfect Union.' We say 'more perfect' because our union is not without flaws."

Related:
AOC Just Explained Why She Nominated Bernie Sanders During Her DNC Speech

Although Kerry didn't mention her teacher by name, Tiff Bluemle, a former teacher and current Vermont state representative, knew she was referring to her. Tiff immediately took to Twitter to share the news: "I nearly fell off the couch when @kerrywashington mentioned her 8th grade constitutional law class," she wrote. "I was her teacher. And so proud of her professional accomplishments and political advocacy."

Tiff's emotional tweet instantly gained traction, with both educators and former students sharing the uplifting experiences they've had with their teachers. Keep reading to get a look at some of the sweet anecdotes and to see how Kerry Washington replied to Tiff personally. Of course, as soon as her tweet gained popularity, Tiff added that she's the "proud former teacher of Kerry Washington and other amazing women" to her Twitter bio.

Related:
Kamala Harris Watched the DNC the Same Way We Did — on the Couch in Her College Sweatshirt
Previous Next Start Slideshow
TeachersDemocratic National ConventionTouching StoriesKerry WashingtonTwitter
Around The Web 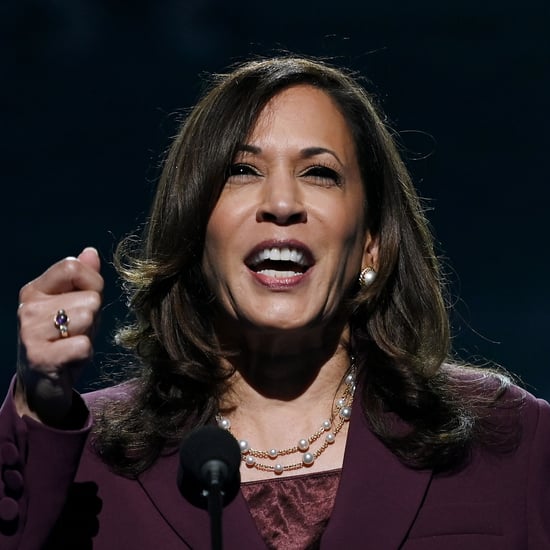