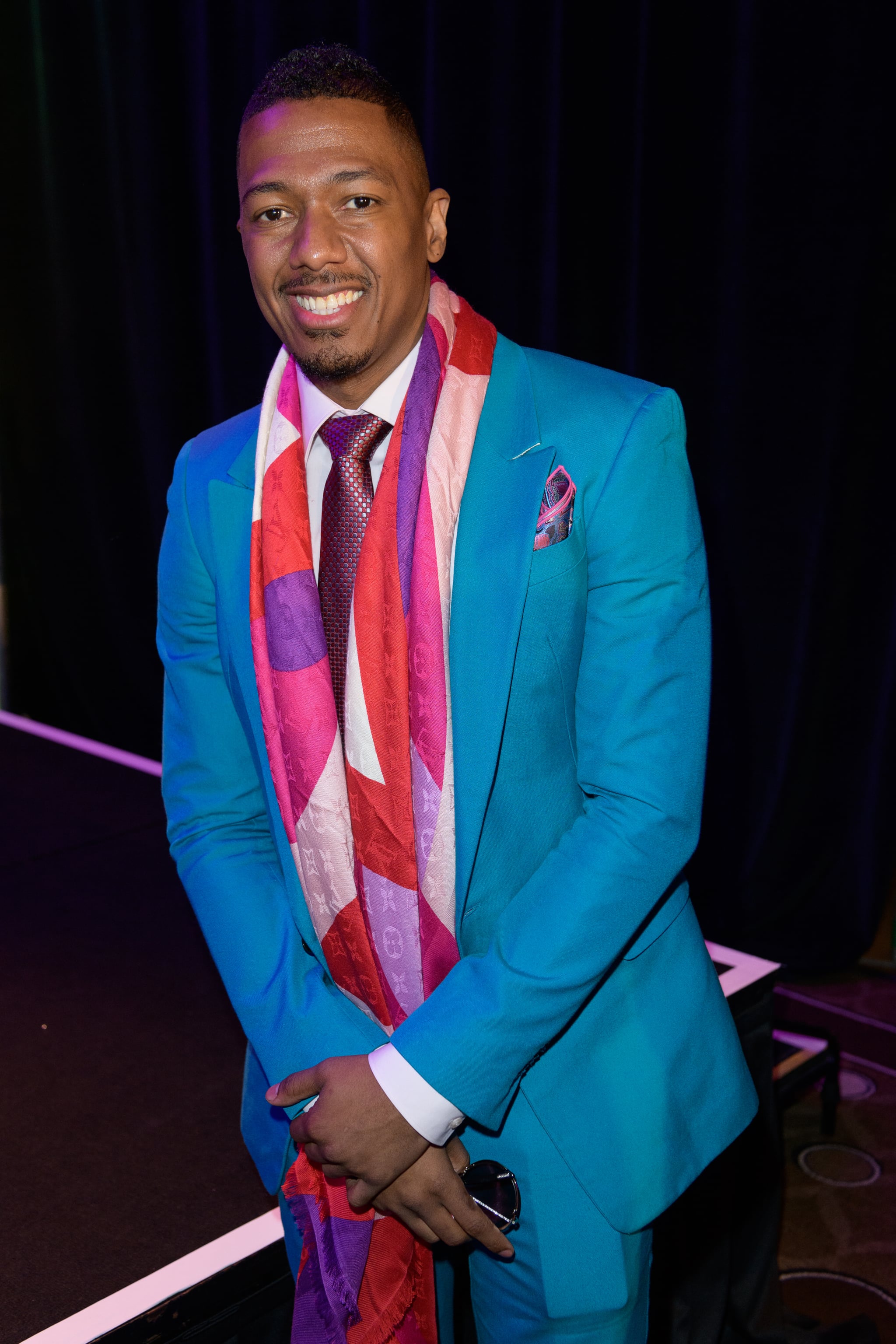 Just under a week after welcoming his fifth and sixth children, twin sons with DJ Abby De La Rosa, model Alyssa Scott has confirmed that Nick Cannon has another baby on the way. On Father's Day, Alyssa shared a maternity photo — featuring a shirtless Nick — on her Instagram Story with the caption, "Celebrating you today."

Alyssa first announced her pregnancy in January with a now-deleted bump photo, but it wasn't until she shared a now-deleted maternity photo in May that Nick's involvement was revealed. The photo was captioned, "Zen S. Cannon," presumably sharing their son's name. Nick wasn't in the photo, but commenters shared well wishes for both Alyssa and Nick, to some of which Alyssa responded with her thanks. Alyssa also revealed in the comments that she was 34 weeks along at the time and shared a selfie on June 15 captioned "the final days are here!" so it's safe to say that their son will be making his debut very soon!

Zen will be Nick's seventh child, his fourth in just about six months. He coparents 10-year-old twins, Monroe and Moroccan, with ex-wife Mariah Carey; 4-year-old Golden and 6-month-old Powerful with Brittney Bell; and newborns Zion and Zillion with Abby.