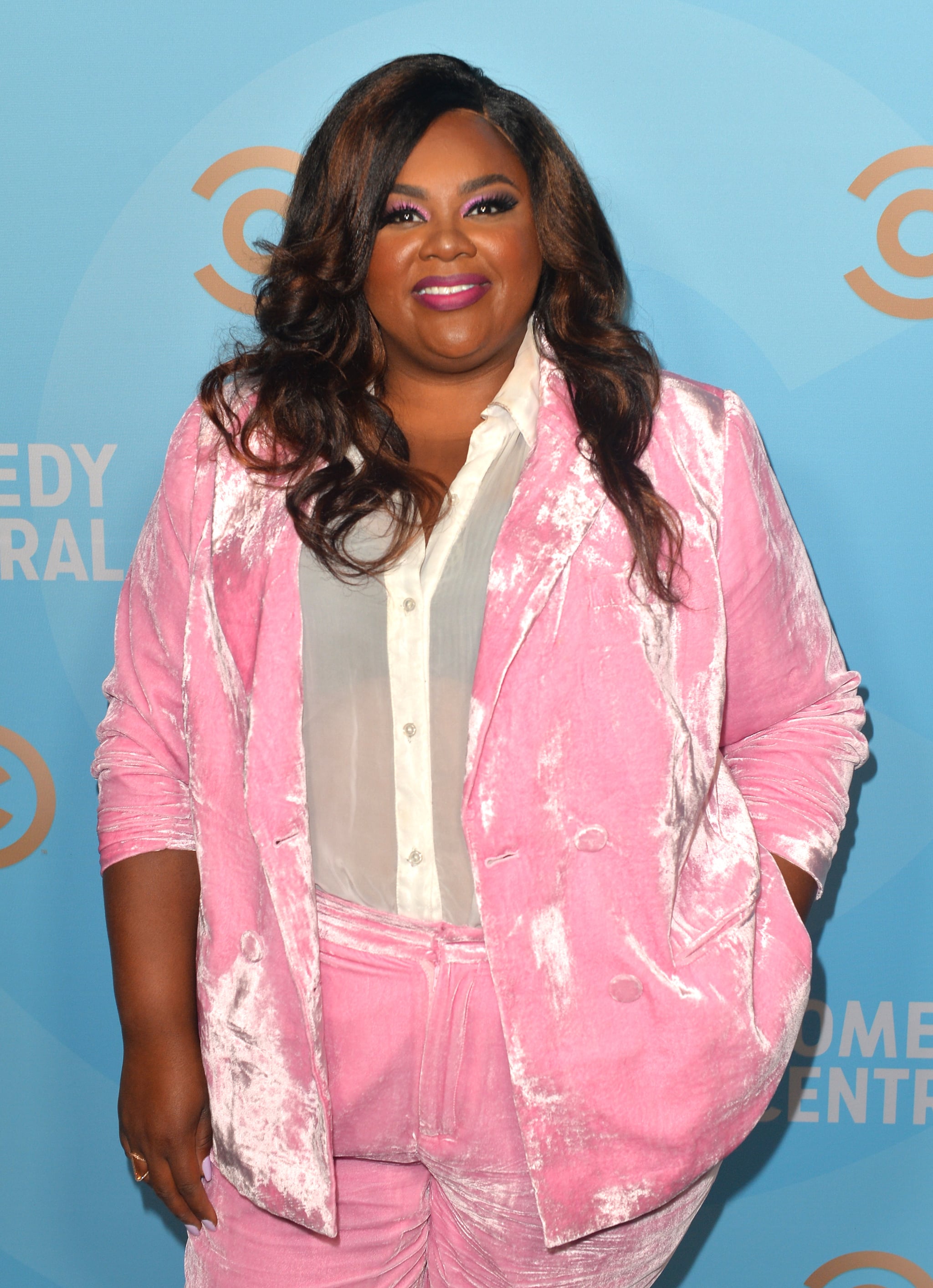 Nicole Byer has written a script on how to explain race to children, and she's calling upon white parents to put it to use. On Tuesday, the host of Netflix's Nailed It! shared that after seeing a comment on Instagram from a parent that said they would "keep their head down" and just let their kids watch her show without standing up for her, she did the work for them. She explained that one person's complacency prompted her to provide the necessary dialogue and specific verbiage to use to explain race to children so that this parent, and any parent who isn't sure what to say, truly has no excuses. "I did the work now you do some," she wrote.

Young children are malleable, and the way parents explain race to their growing brains and expanding hearts is so crucial to the values they carry throughout their lives and the allies they can become. Nicole's script touches upon what it means to be Black and what young kids should understand about police officers. Read her poignant caption below.

A good way to explain to kids #blacklivesmatter : "you like this black lady right? She's silly? She makes you tee hee hee?You would be sad if a police officer hurt her right? Well this is the current country we live in where someone you like can be hurt by the colour of their skin and people in charge aren't doing a fucking (you can replace that with dang if ya kids are soft) thing about it. So they are protesting, and the looters... well some of it is staged as a distraction some are opportunistic and some are people who've been oppressed for so long it bursts. And nice cops? There are no nice cops because if a cop was nice they wouldn't watch and participate in violence against black and brown people. If cops were really nice they would have spoken out about police brutality years ago and maybe walked out on their precincts to send a message that they are against this. Instead they dress up like your GI Joe doll and are very mean. The curfews the helicopters the police in riot gear is all because black people have asked to not be killed... that's it. There's literally nothing else to it. Now once a week let's read about shit (stuff for the soft kids) that happens to black people that doesn't get covered in schools like Juneteenth, black Wall Street, how black people have influenced most of pop culture today and aren't credited or it's just co-oped."

Nicole encouraged parents who take her advice to post about the discussions they have with their kids. "Post about the black history you teach your white kid to maybe inspire another white parent to do the same thing," she wrote.

It is never too early to start talking to your children about race, and it's especially important not to shield them from these conversations. There are books to read, organisations to support, and resources to familiarize your family with, but in order to teach your children how to become an ally and instill this in them from a young age, it starts in the home. So, have these conversations. Use Nicole's script. Talk about racial justice. Talk about white privilege. "Raise kids who give a f*ck and you gotta give a f*ck," Nicole wrote.