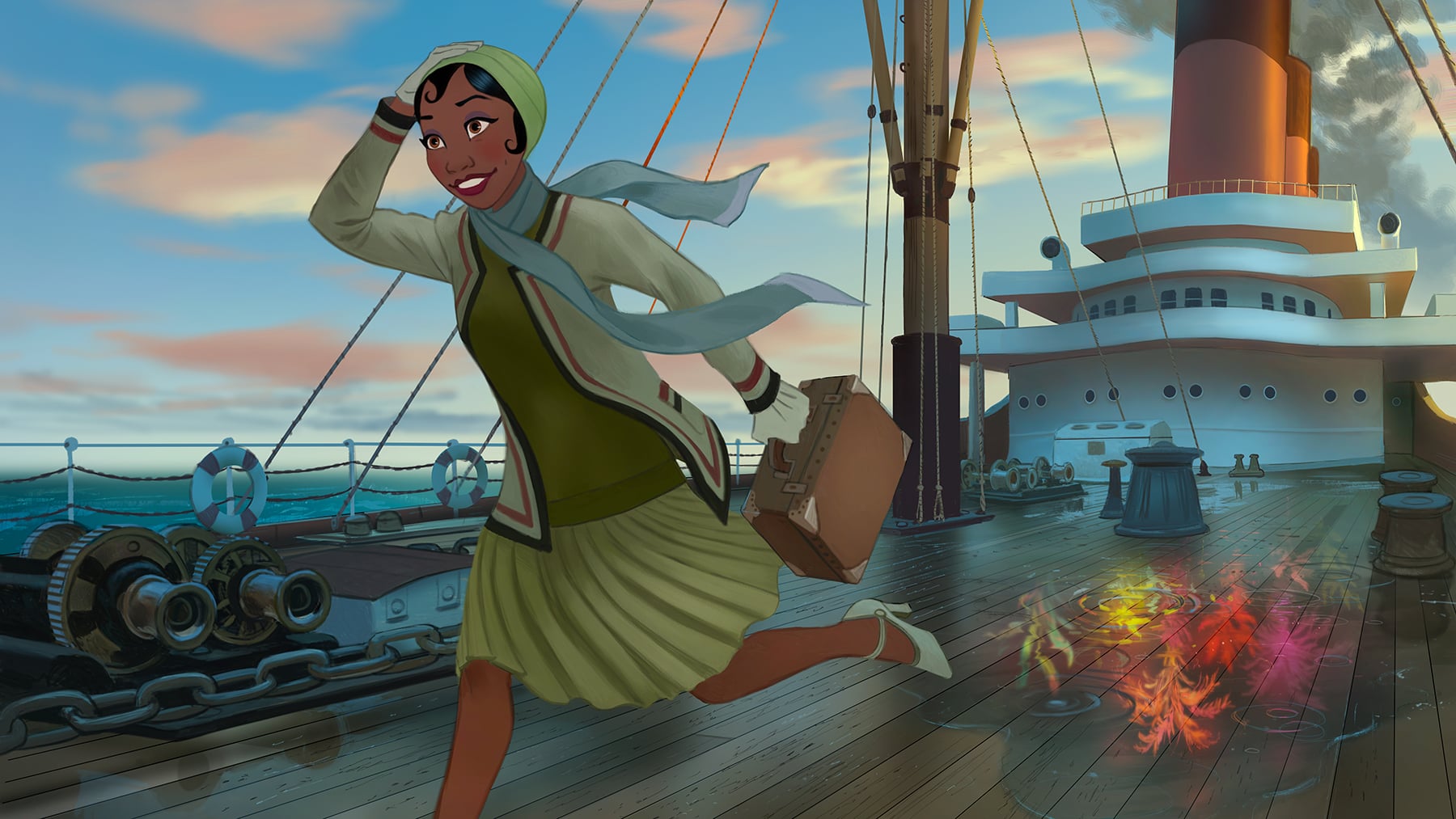 It's been a dozen years since The Princess and the Frog debuted, and finally fans can see this story continue – in the form of a new long-form animated musical series coming to Disney+ in 2023.

Walt Disney Animation Studios announced that filmmaker Stella Meghie will be the writer and director of the show, titled Tiana. This will be Meghie's first foray into animation after directing The Photograph with Issa Rae and LaKeith Stanfield and several episodes of Grown-is and Insecure. The Princess and the Frog star Anika Noni Rose was previously announced to reprise her voice role for the series.

Related:
From Nostalgic Shows to New Originals: 43 Series For Kids to Stream on Disney+

A first look at the concept art shows Tiana aboard a ship, suitcase in hand. Where is she going? Disney alluded that she is setting off for "a grand adventure" as the newly crowned Princess of Maldonia, but a calling to her native New Orleans past isn't far behind.