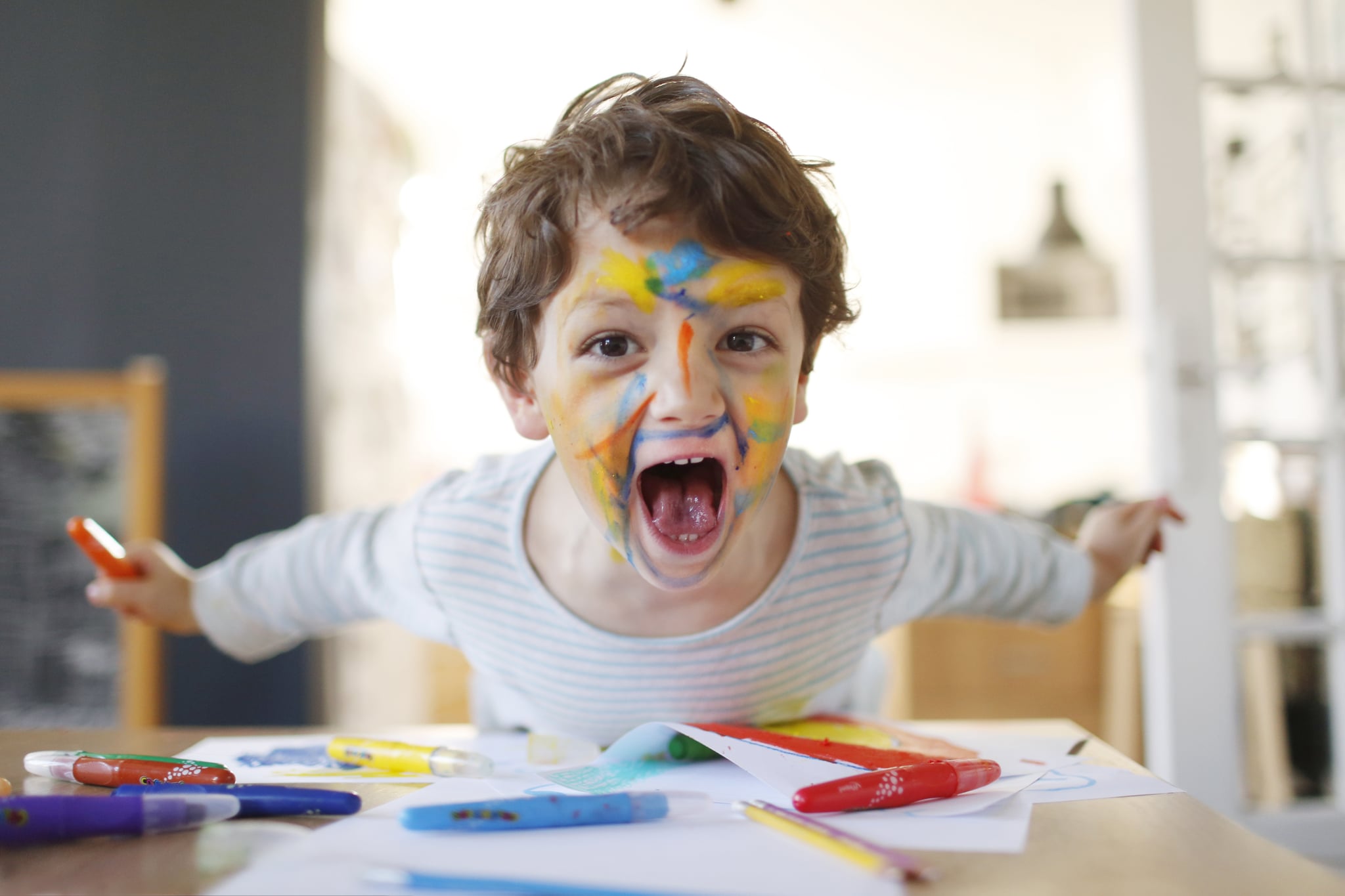 When I first learned that my three kids (6, 3, and 1) would be home with me for the foreseeable future, I imagined it would be like an extended spring break. What I didn't take into account was the havoc the coronavirus pandemic would wreak on my mental and emotional health (note to self: stop checking Twitter so often). After one chaotic week where I lived in a haze of anxiety and uncertainty, I learned that a little structure helped all of us adjust to this new way of life.

Without the schedule we were used to, I felt pretty lost. I let my kids turn on movies as soon as they woke up and most days they didn't even change out of their pajamas. Because I didn't know what to do with them, I let them basically do whatever they wanted. By the end of the day, the house was a mess, I felt guilty for not doing anything educational or creative with them, and we were all a little on edge.

I was already used to being home with my two younger sons, but I also found time most days to write, take them on outings to the library or the park, and let them play in the gym's childcare centre while I snuck in a workout. With all three home, I missed the routine and flow I was used to so I set out to create it myself.

Related:
Don't Tell My Kid, but I Claim I Have Her Teacher on Speed Dial When She Won't Listen

I knew we stood no chance of sticking to any kind of overly structured schedule (because, three kids) so I decided to keep things simple. Each day, I let my oldest (who was on spring break for the first two weeks of being home) choose a theme for the day. Based on each day's theme, I pick out an art project, educational activity, and some type of exercise or movement.

His first choice, of course, was Star Wars. Using my good ol' pal Google, I was able to easily find printable colour-by-number pages and maths worksheets that were age appropriate. My two younger kids had fun colouring on the pages, even if they didn't fully understand the instructions. We found a fitness trainer on YouTube who had put together a few Star Wars workout videos that were both fun and challenging. I spaced the activities out throughout the day so we had plenty of free time in-between for chores, snacks, and playing outside. Other themes we've tried out include outer space, zombies, and super heroes.

I shouldn't have been shocked to realise that my kids like having a schedule as much as I do. Just as babies thrive on routine, it also helps older kids to know what is coming throughout the day. It gives us all something to look forward to instead of constantly asking, "What do we do next?" While I'm sure my oldest would be fine with playing Xbox all day, it's much easier to coax him away with an activity that he helped to plan and could get excited about.

Related:
Please Stop Telling Parents They Should Be Grateful For This Time at Home

The first day went so well that I've been keeping it up pretty consistently ever since. When the kids are getting restless or out of control, I now have something to turn to instead of getting frustrated and overwhelmed. The beauty of having even just a small amount of structure is that it's easy to switch things up to fit in with anything else going on that day. We had a few days this week where it was just gorgeous outside and we tossed the whole schedule out the window and soaked up some much needed sunshine.

Of course, things have changed a bit now that we've thrown schoolwork into the mix, but I'm definitely sticking to some version of this with my younger kids and it also helps to give my eldest some breaks from studying throughout the day.

If you could also benefit from a little structure to your day, here are a few ideas that my kids love to get you started: