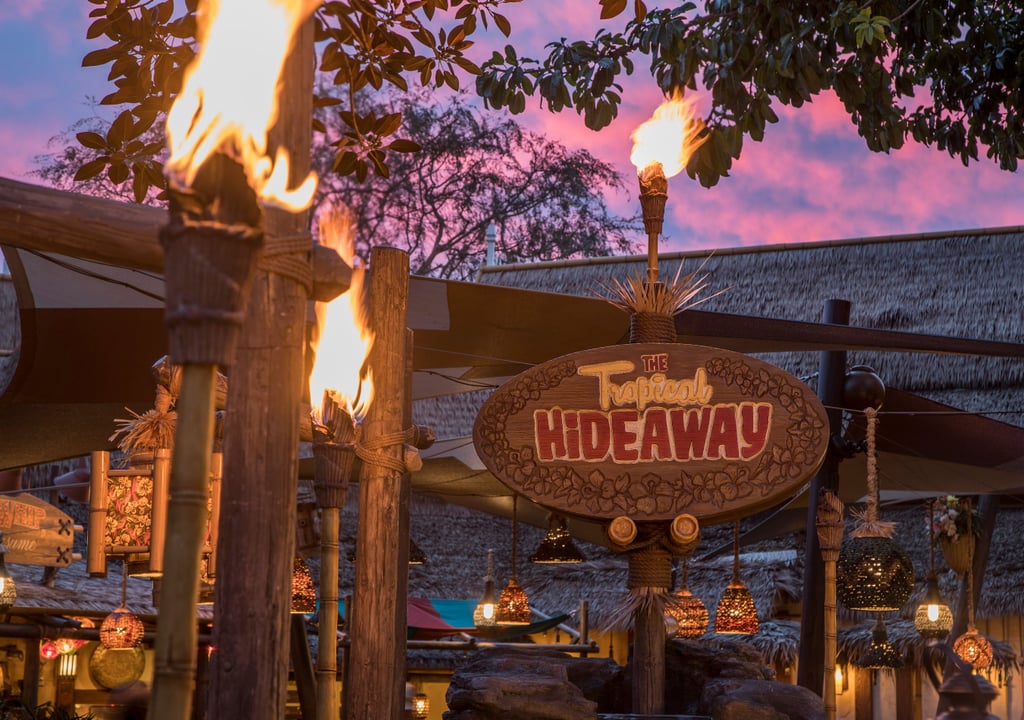 Disneyland Just Released a First Look at Its New Tropical Hideaway, and It Looks AMAZING!

Disneyland's Tropical Hideaway area has yet to be opened to the public, but the park just released its first look at the new instalment earlier this week, and boy, does it look like a dream!

The Tropical Hideaway is set to replace what was formerly known as Aladdin's Oasis, per an announcement from Disney made back in February, and it'll serve as a resting area for guests to stop at in between adventures. Located in Disneyland's Adventureland in between the Jungle Cruise and Walt Disney's Enchanted Tiki Room, the hideaway will be home to an eatery that will serve all kinds of unique dishes such as Sweet Pineapple Lumpia, a spring roll filled with pineapple and sweet cream cheese, and steamed bao buns with vegetable, chicken, and beef fillings. Take a look at some of the first photos of the destination ahead.