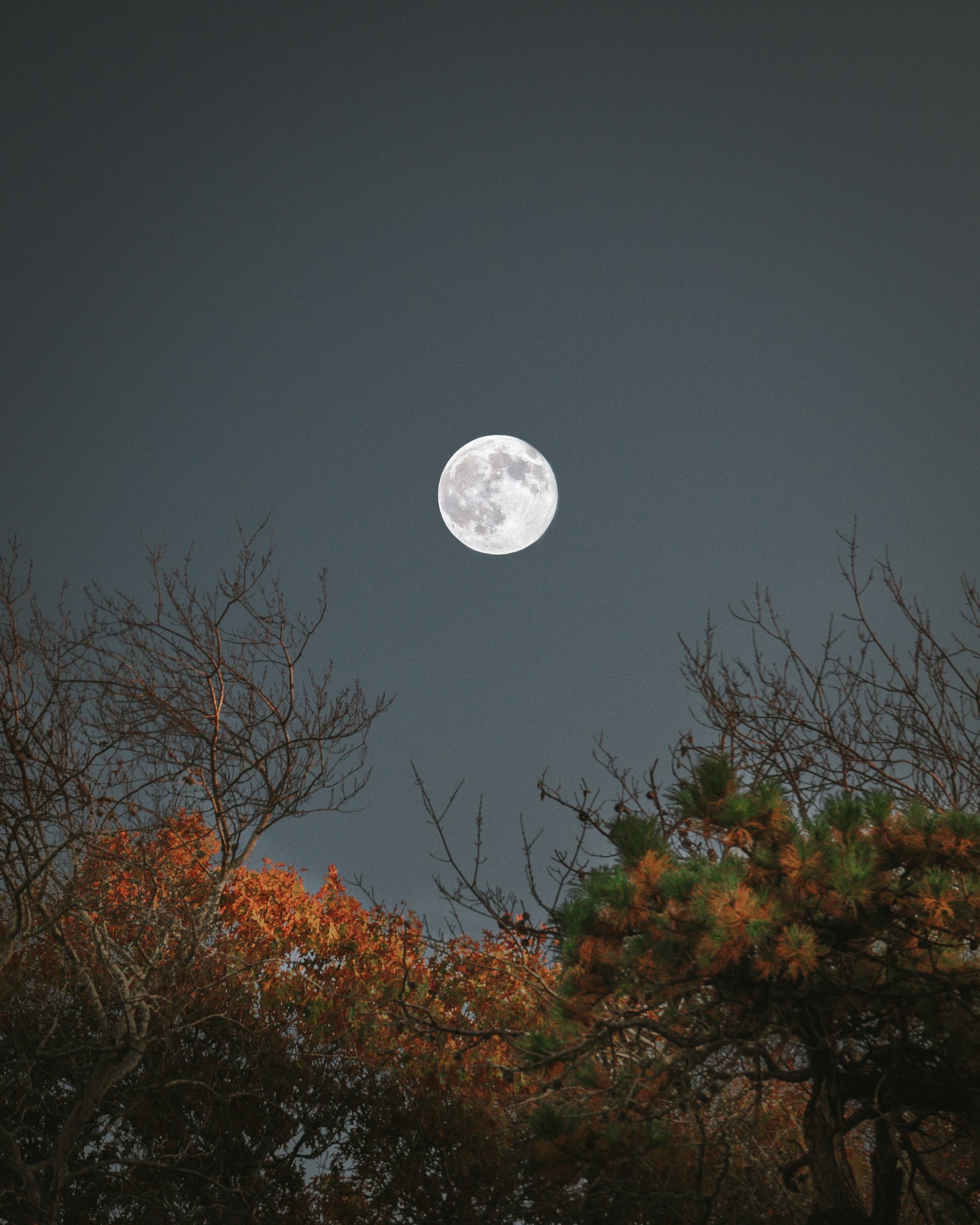 If you think it's weird to loosely plan around your life around moon phases, think again, my friend. While there's no reason to build out your every waking minute according to whatever a big, white space rock is doing, the moon can influence your life in more ways than you think. After all, the moon's gravitational pull affects the tides. Some research supports the idea that the moon may have some influence on menstrual and sleep cycles, and in astrology, the moon is said to influence our emotions pretty heavily. Having a general awareness of the 2022 lunar calendar could help you navigate your life with a little more ease.

Each month, the moon cycles through eight phases — new moon, waxing crescent, first quarter, waxing gibbous, full moon, waning gibbous, third quarter, and waning crescent — in just under 30 days. At the start of the moon's cycle, during a new moon, the moon sits between the Earth and the sun, and because the near side of the moon isn't illuminated by the sun, a new moon isn't visible in the sky. Every few days, the moon reaches the start of the next phase in its cycle, with more of the moon's surface gradually illuminated. In the middle of the lunar phases, the moon reaches peak brightness, otherwise known as a full moon. Then, the lit portion of the moon gradually wanes until the cycle begins again. At some points during a moon's cycle around the Earth, the Earth momentarily moves directly between the sun and moon, or the moon may move directly between the sun and Earth. This creates a lunar eclipse and a solar eclipse, respectively.

These lunar events and moon phases are a sight to behold IRL, but in astrology, lunar events like new moons, full moons, and eclipses are believed to carry deeper emotional meanings that can help you decode and navigate life events like new beginnings, chapters closing, and tricky periods of self-reflection.

What Do New Moons Mean in Astrology?

Just like a new moon signals the start of a fresh moon phase, new moons are often associated with new beginnings in astrology. According to astrologers, these periods of lunar darkness are a surprisingly good time to manifest and set new intentions for themes you'd like to see materialise over the following few weeks. Depending on the zodiac sign in which the new moon falls, you may feel the characteristics and energies associated with that zodiac sign influence your emotions and intentions, too.

What Do Full Moons Mean in Astrology?

If new moons are the start of new chapters, full moons are their ends in astrology. Thinking in terms of the moon's light, a moon at full brightness illuminates the full picture, giving you the clarity — and sometimes the closure — you need as a cycle either comes to fruition or ends, according to Bustle. Because full moons are generally intense, they offer a good time to pause on significant new beginnings and, instead, sit back, reflect on what you've learned and accomplished since the new moon, and reap what has come to you as a result.

What Do Eclipses Mean in Astrology?

Beautiful events to marvel at in the sky, eclipses can be a bit tricky to navigate in astrology. Each typically occurring a couple times a year, solar and lunar eclipses can be a little chaotic, heightening the energies of new moons and full moons, respectively, and introducing some major shakeups you might not have seen coming. Solar eclipses fall on new moons, and while you might flirt with a new beginning during a new moon, a solar eclipse could very well push you right in front of one you hadn't even considered, according to AstroStyle. On the flip side, lunar eclipses occur during full moons, potentially bringing chapters that weren't benefitting you to an abrupt end, and such chaos can easily drudge up difficult emotions or complicated feelings to deal with. Rather than charging ahead with reckless abandon during eclipses, it may be best to take a step back and let the universe steer you where you need to go. Afterward, when the moon returns to its normal cycles, you'll gain a clearer picture of what to do with the events, themes, and feelings an eclipse uncovered.

Your 2022 Lunar Calendar and Dates For New Moons, Full Moons, and Eclipses 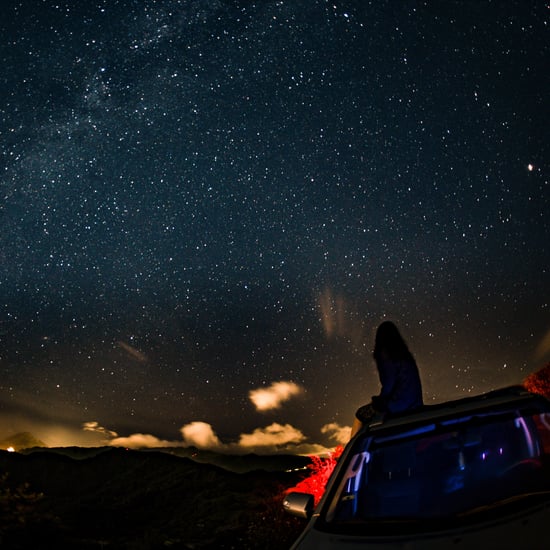 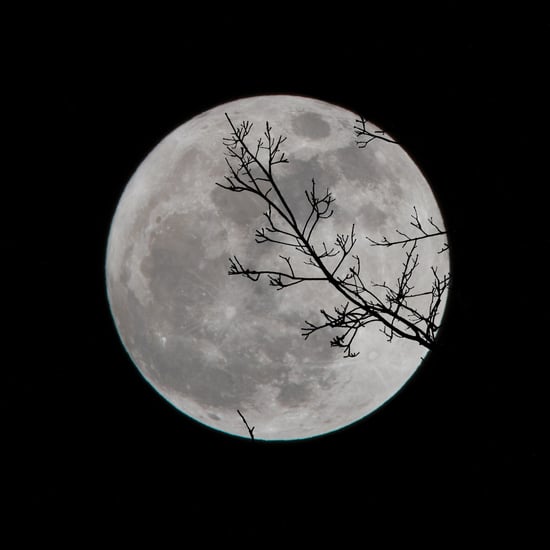 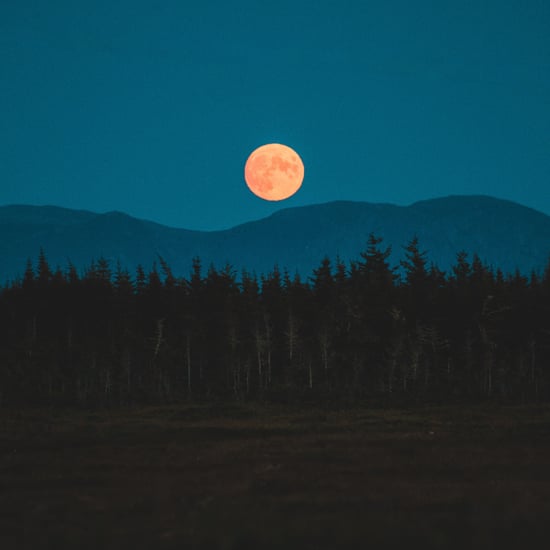