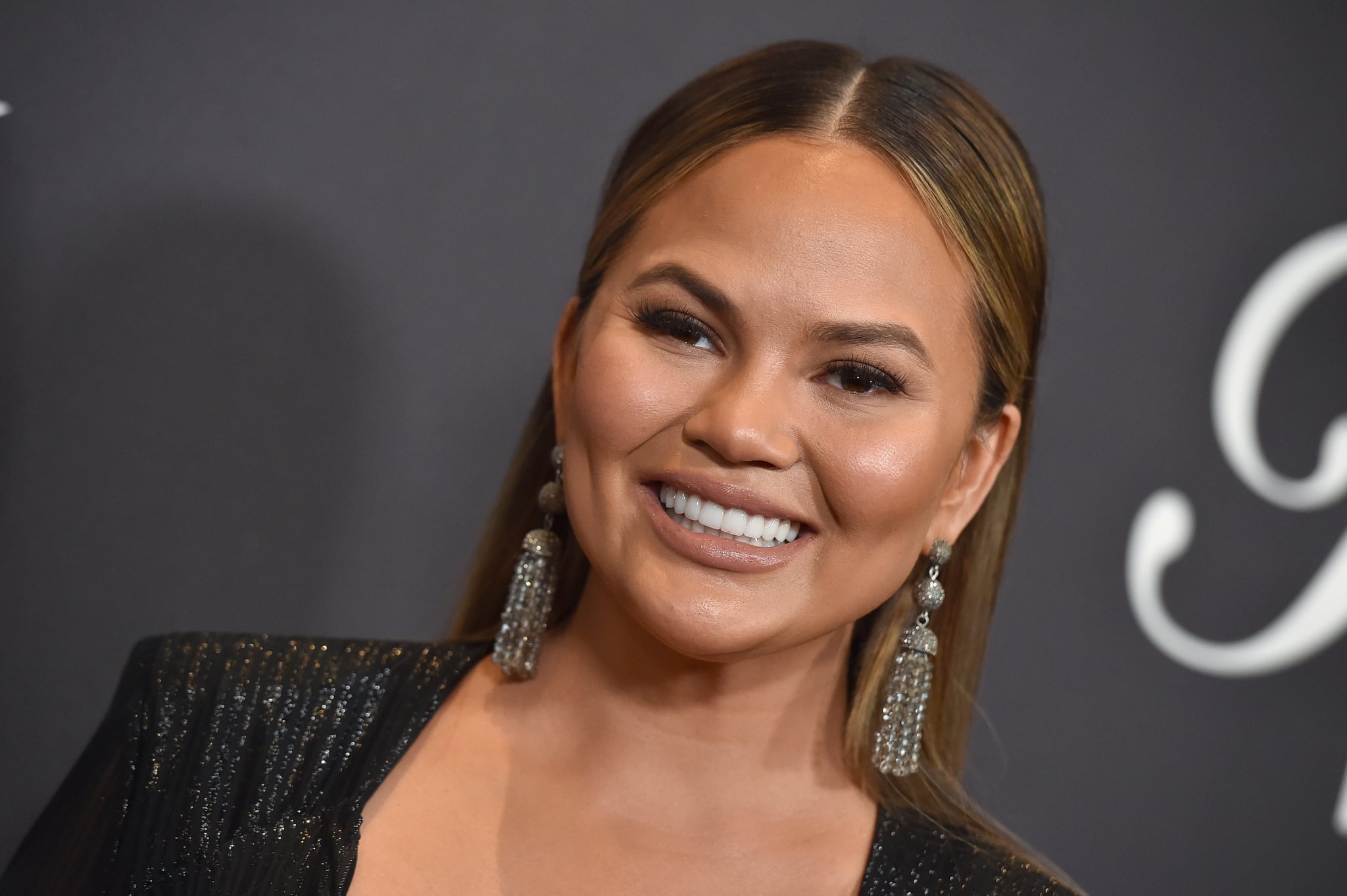 If there's anything we know about Chrissy Teigen, it's that she does not hold back on Twitter. Whether she's flaunting her shiny spray tan to her 9.6 million followers or opening up about hormonal acne, Chrissy is incredibly honest on social media, and it's one of the million reasons we love her. Although she's busy being pregnant with her second child and hanging out at the playground with 1-year-old Luna, Chrissy's recent tweet praising her grey hair is empowering women all over the world to do the same.

"I have a skunk like streak of grey hair and I'm actually very into it. My Cruella dreams are coming true!" she wrote on Twitter. After Jessica Biel flaunted her grey roots at this year's Golden Globes, we have a feeling we're going to be seeing a lot more celebrities ditching the dye. Since tweeting about her streaks, thousands of people replied with photos of their own greys. All hail Cruella de Teigen!

I have a skunk like streak of grey hair and I’m actually very into it. My cruella dreams are coming true!

I find new grey hairs on my head every day and I LOVE THEM. I’m only 24, so I’m not sure why they’re already here but I call them my unicorn hairs. 😂🦄

SAME. My husband asked to pull it out and I yelled "NO, MY SUPER POWERS"

I've had a natural white streak in my hair since I was 19. 13 years later I still love it pic.twitter.com/fv5yxS3Gf3

Same! I call it my villain hair. pic.twitter.com/BUFohjMZJJ

My "grey" hair is actually white and super sparkly. I hated my white hairs when there were like 2 at 25 and now at 33 there are a ton and i'm totally fine with it, though I do gasp a bit when I see one in the hairbrush.