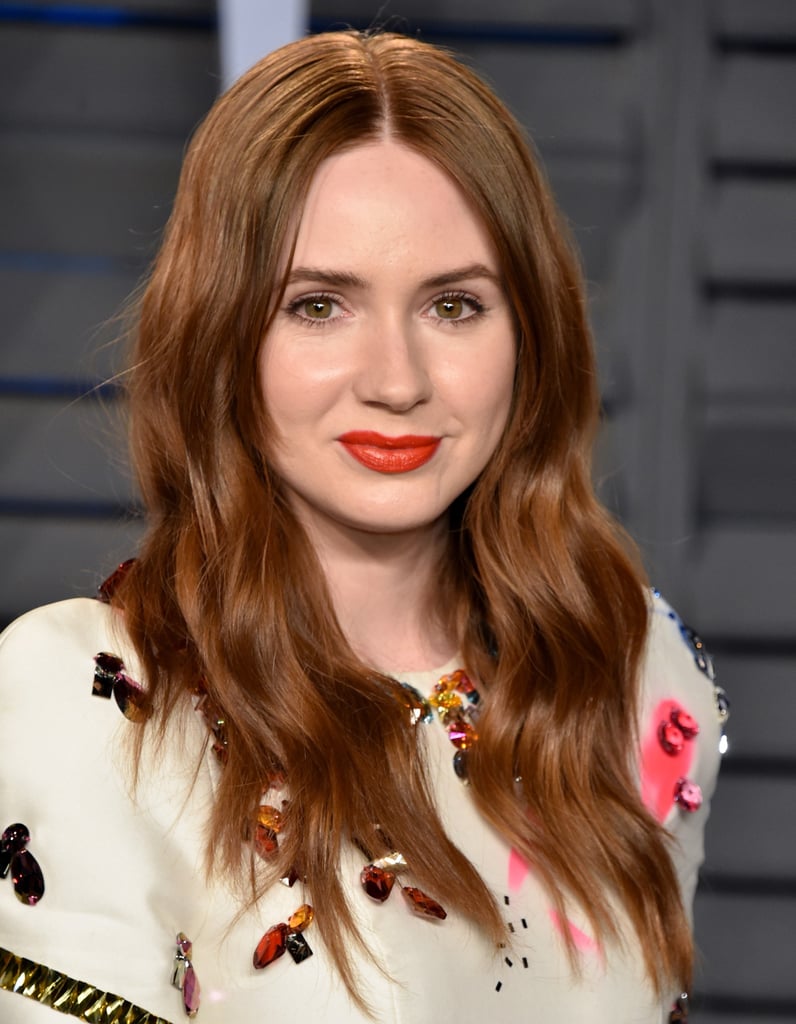 From Bouncy Waves to a Buzz Cut, Karen Gillan Can Pull Off Any Haircut

Can you believe it's been 5 years since Karen Gillan revealed her shaved head at Comic-Con? The Scottish actress, who returns as Nebula in Avengers: Infinity War, shaved off her long red locks when she first played the Marvel villain in Guardians of the Galaxy, and spent the next couple of years giving us a lesson in how to make the most of that awkward growing-out stage. From the cute crop she sported in the early days to the ultimate mussed-up lob, Karen has spent the last few years proving there is no haircut she can't handle. Though Nebula has since returned twice, Karen decided to keep her longer locks intact and is now back to sporting those waist-length waves we fell in love with when she was Amy Pond in Doctor Who. Take a look back at her hair evolution now, then scope out her equally awesome wardrobe.