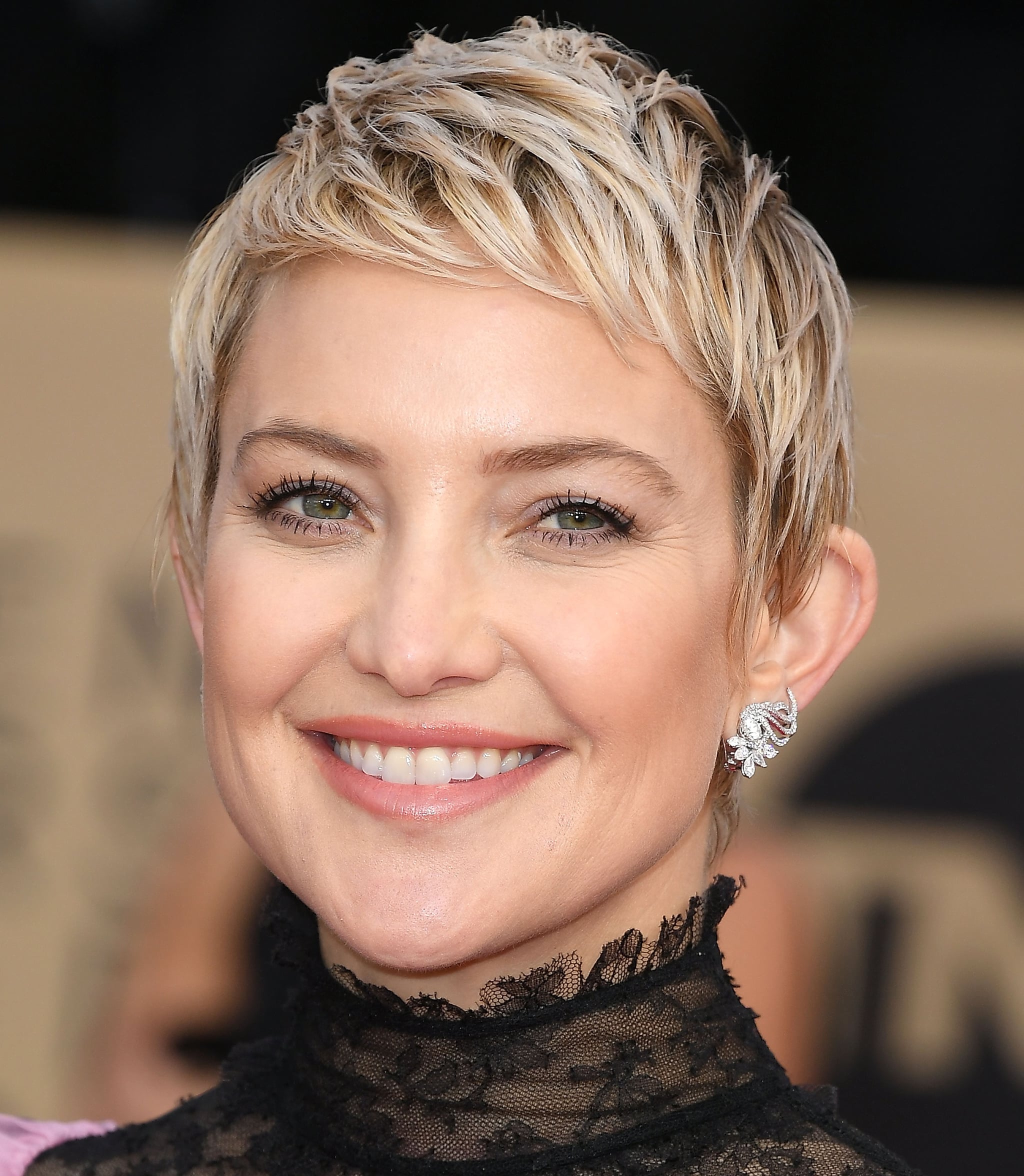 I dare you to look at Kate Hudson's hair right now and not want a pixie. Her textured tomboy look is hot enough to make even the most dyed-in-the wool "long hair, don't care" devotee buzz their whole damn head. Riawna Capri, who co-owns L.A.'s Nine Zero One Salon, cut and coloured Kate's hair for the SAG Awards on Jan. 24. The stylist, who has also worked the hair of Julianne Hough, Jennifer Lawrence, and Nina Dobrev, agrees that this in-demand style is having a huge moment.

"Hair is like crystals a little bit," Riawna told POPSUGAR over the phone, sounding like a penultimate West Coaster. "Crystals can absorb the energy around you. So can your hair. If you have long hair down the middle of your back, that is hair that has been on your head for over three years. So when you chop your hair off, you're cutting off all that old energy. It's like you're a newborn."

Sounds amazing in theory. But how do you approach getting the haircut? What should you know before making the chop, and how are you going to have to take care of it every day after that?

"The more you're fighting against your natural hair, the more of a pain in the ass the cut is going to be"

"My number one tip for anyone who wants to get a pixie is to embrace your natural hair texture as much as you can," Riawna said. "The more you're fighting against your natural hair, the more of a pain in the ass the cut is going to be." Remember: if you cut your hair, you undo all the damage excessive heat can cause. The last thing you want to do is traumatise your strands all over again.

To build style into your chop, ask your stylist for a cut with texture. This can be achieved through point cutting, a styling technique where the scissors are pointed vertically. "Because I cut texture into [her] hair, I can throw in paste and style," Riawna said. "If her haircut was just growing out from her buzzed head, it would be very difficult for me to create all that texture." When you chop your hair off, you're cutting off all that old energy. It's like you're a newborn.

When it comes time to apply product to your new pixie, Riawna says that you'll probably need to overhaul your entire hair arsenal. "You'll want to use paste and thicker, denser products to create the piece effect, versus longer hair, which can get away with airy and lighter products." But here's the convenient trade-off: your product lasts much longer.

"With short hair, you don't want to wash as often," Riawna says. "You want the buildup of that texture." In fact, Kate left for Paris Couture Fashion week the day after her SAG Awards styling, and Riawna told her to not wash her hair for the entirety of the trip. "You can just throw more product in and go. The longevity of your style can last a lot longer with short hair."

That's not to say the cliché of short hair being easier to maintain is true. In fact, Riawna said it's kind of bullsh*t. "It's definitely not easier to maintain," she admitted. "Long hair, you can get out of the shower, let it down, and go. You have to style short hair." But of course, if you're washing your hair less, that means you'll be styling less. You won't always have to take that time everyday.

If you're still on the fence about making the chop, consider this: "When I give someone a pixie for the first time, they grow two inches taller, every time. Their posture gets so much better." The same went for Kate. "She didn't think she would look good in a pixie," Riawna revealed, "but now she's obsessed." The feeling is so mutual. 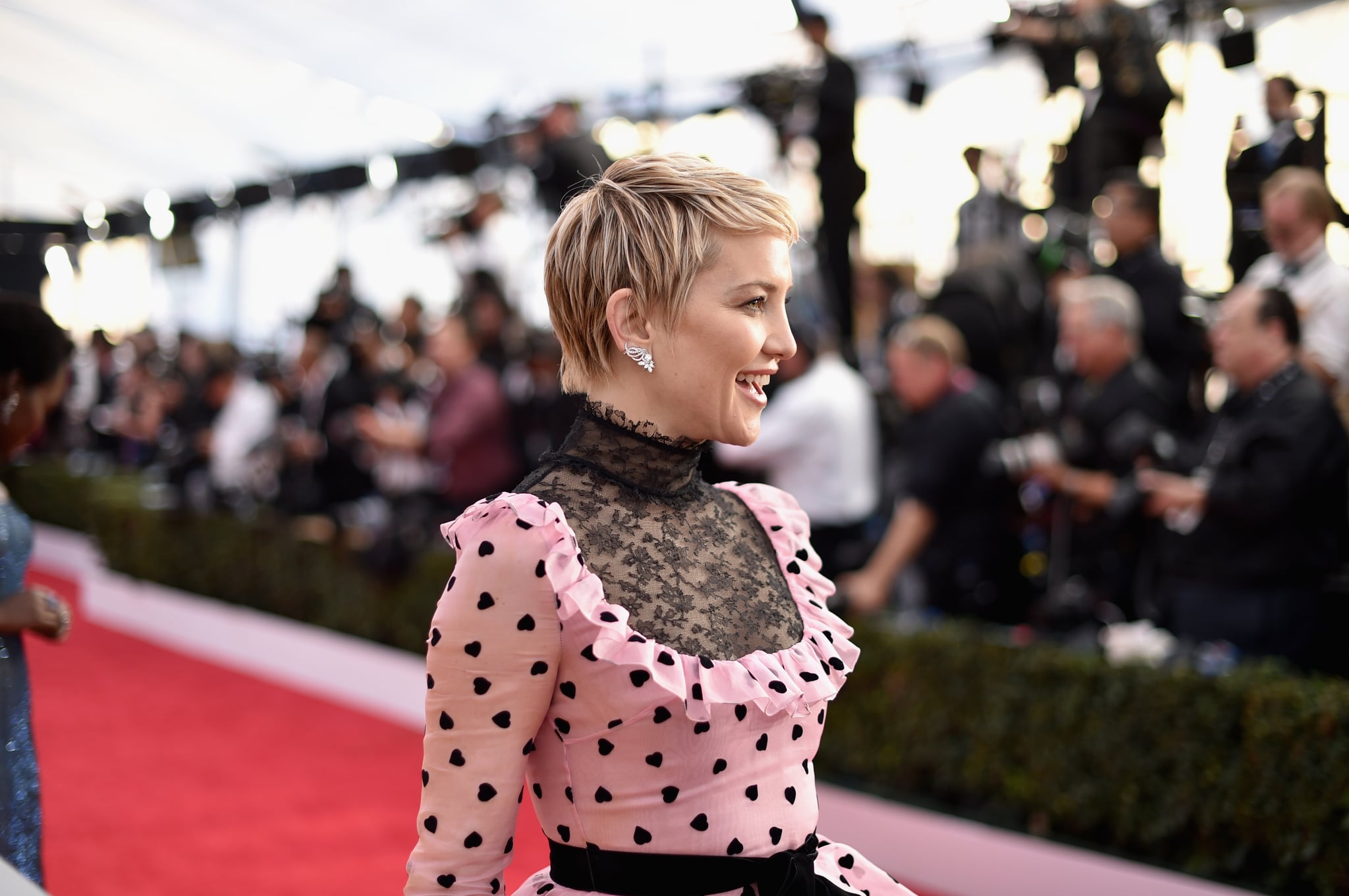 Hair
The Buzziest Haircut Trends For Autumn, According to the Experts
by Tori Crowther 2 days ago

Hair
Normani's Hair Looks in the "Wild Side" Video Are So Hot, Someone Get Me a Glass of Water
by Jessica Harrington 2 weeks ago