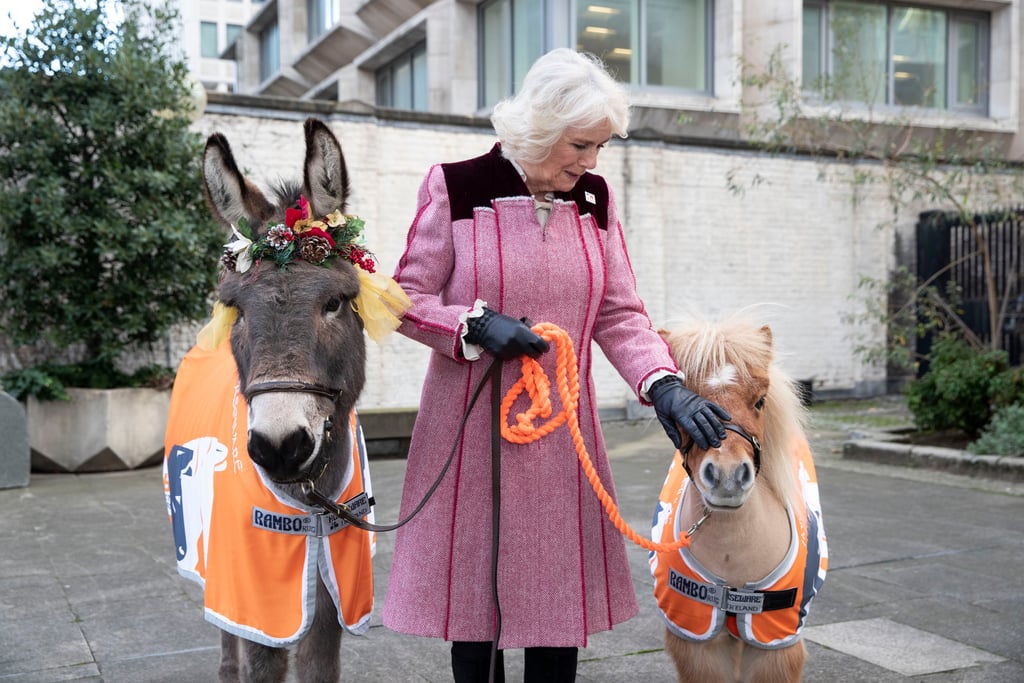 If you thought the cutest royal photos of 2018 would feature one of the young royals, you were sorely mistaken. Prince George, Princess Charlotte, and Prince Louis played a good game, but they've just been pipped to the post by a cute redhead called Harry. No, not that one. This Harry is a mini Shetland Pony, and he totally stole the spotlight as he made the acquaintance of the Duchess of Cornwall when she attended a Christmas Carol Service for the animal welfare charity Brooke Action for Working Horses and Donkeys in London on Wednesday.

The pair, who I like think are now best friends, were also joined by Ollie the donkey, who has definitely been perfecting his photo face for some time. The three were photographed at the Guards chapel in Westminster, and from the look on Camilla's face, we think she was pretty overwhelmed by the adorable little pony. Same, Camilla, same. Keep reading to see this iconic meeting in full, and consider these adorable photos your antidote to that terrifying wax figure photo shoot of Prince Harry and Meghan Markle from earlier this week.