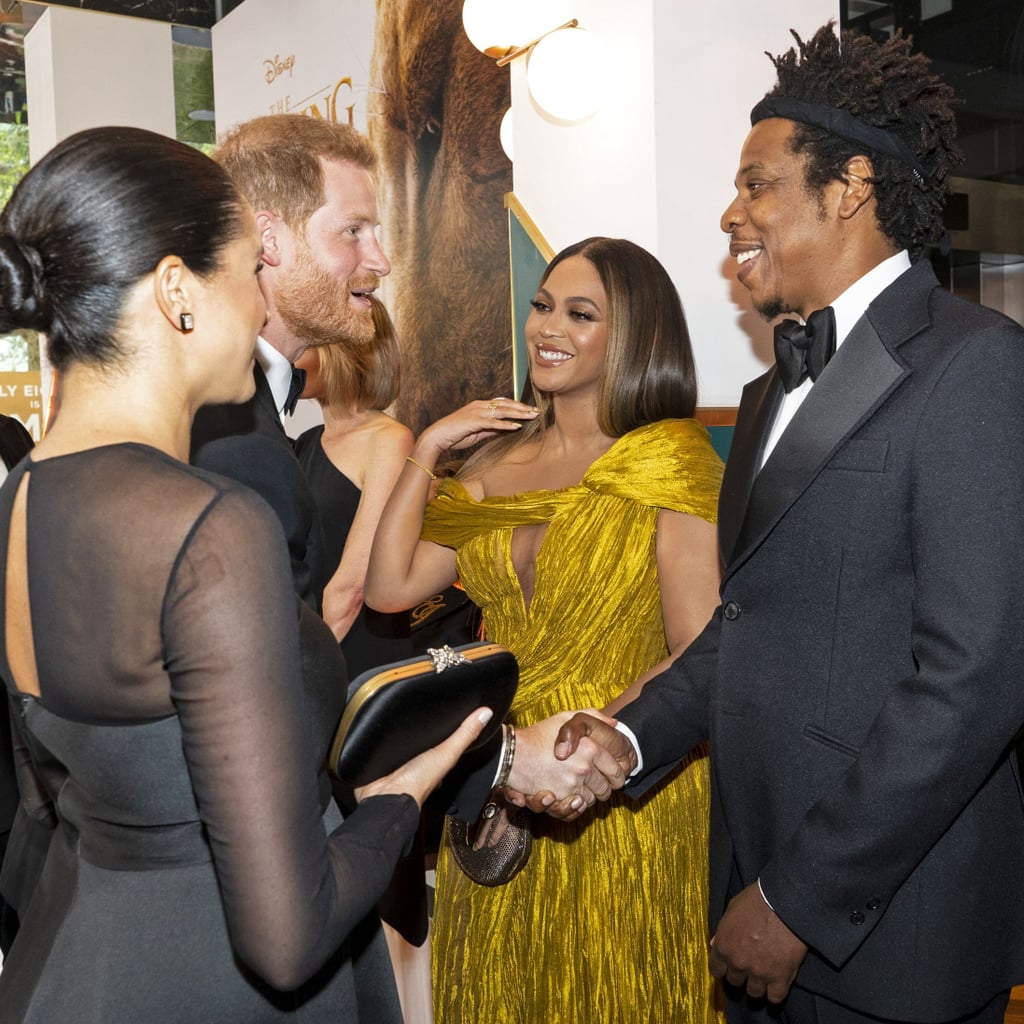 The London premiere of The Lion King was a Mecca for royalty on Sunday as Beyoncé, Meghan Markle, and Prince Harry showed up to support Disney's latest reboot. At the event, Bey — who lends her voice to adult Nala in the film — strutted in a yellow gown (another stunning outfit choice following her glitzy ensemble at the movie's LA premiere). Meanwhile, Meghan modelled a black dress and Harry sported a tuxedo, which is quite the wardrobe change from their relaxed outing at Harry's recent polo match with their newborn son Archie. Celebrities, such as Seth Rogen, Jon Favreau, and Billy Eichner, also attended the gathering dressed to the nines.

Bey, Meghan, and Harry's special appearances come nearly five months after Beyoncé and JAY-Z shared a heartwarming ode to Meghan while accepting a Brit award for best international group (for their collaborative work as The Carters). Shortly after, Bey honoured Meghan with a tribute on her personal website, writing, "She and Prince Harry have continued to push the race relations dialogue forward both near and far. In honour of Black History Month, we bow down to one of our Melanated Monas."

Between The Lion King's star-studded events and incredible soundtrack, we're so ready to journey into the Pride Lands when the movie hits theatres on July 19. Until then, keep scrolling to see all the red carpet moments from the premiere across the pond!