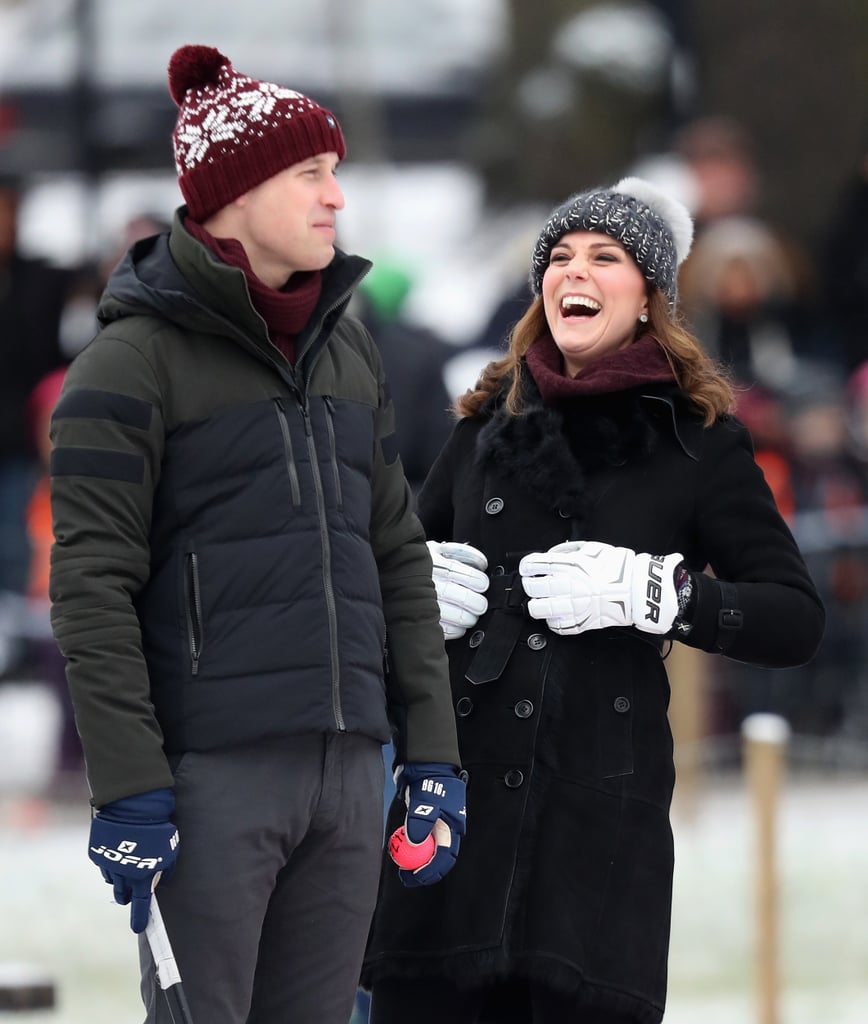 The Duke and Duchess of Cambridge have officially kicked off their royal tour in Sweden and Norway, with a spot of hockey. The couple showed off their athletic side and got stuck into a game of Bandy hockey, which is similar to ice hockey. Judging from the pictures, they had a blast doing so. The Duke and Duchess wore matching bobble hats while playing the sport, and now we need to coordinate matching hats with our significant other.

The royal couple will be visiting Sweden for two days, before heading to Norway for another two days. In a statement, they said that they hope to "meet as many Swedes and Norwegians as possible" on their trip. Kate and William's packed morning of hockey will be followed by lunch at Royal Palace of Stockholm hosted by King Carl XVI Gustaf and Queen Silvia, to officially welcome them to Sweden. They will end their day at a black-tie dinner at the Residence of the British Ambassador.