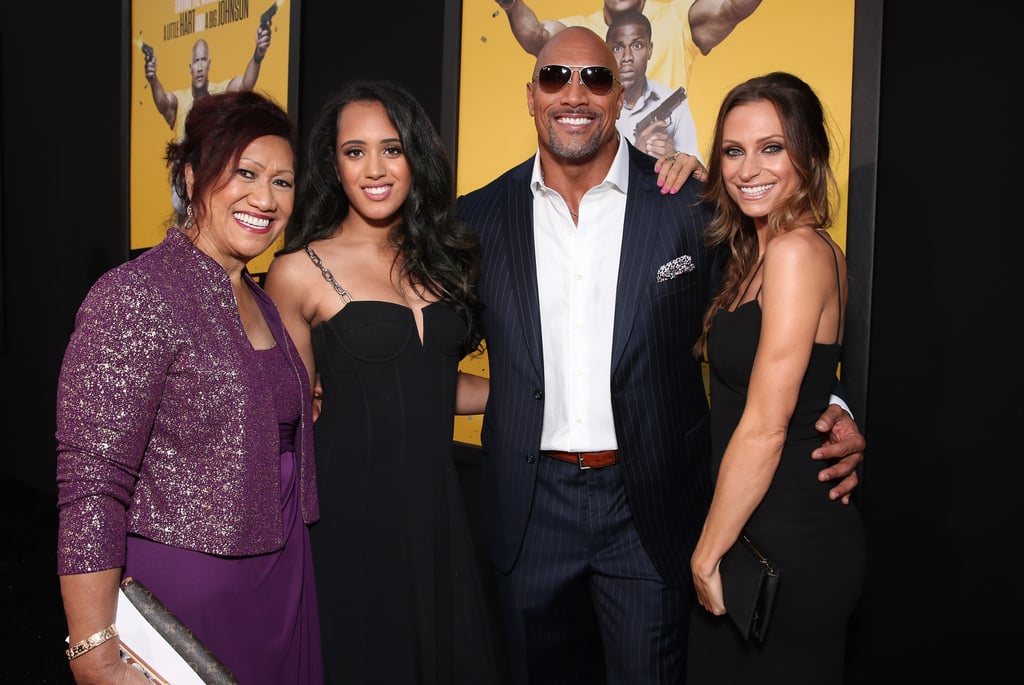 In case you weren't aware, Dwayne Johnson's family is one hell of a good-looking bunch. The former wrestler is father to two beautiful girls, 16-year-old Simone, whom he shares with ex-wife and manager Dany Garcia, and daughter Jasmine, whom he welcomed with longtime girlfriend Lauren Hashian in 2015. He also recently announced that he and Lauren have another baby girl on the way.

In addition to his beautiful daughters, Dwayne's mom, Ata, is a force to be reckoned with. Not only has she beat stage three lung cancer, but she's battled depression and continued to come out on top. Today, we're paying homage to Dwayne and his rock-solid family. Keep reading for a look at their cutest pictures, then flip through The Rock's sweetest moments of all time.