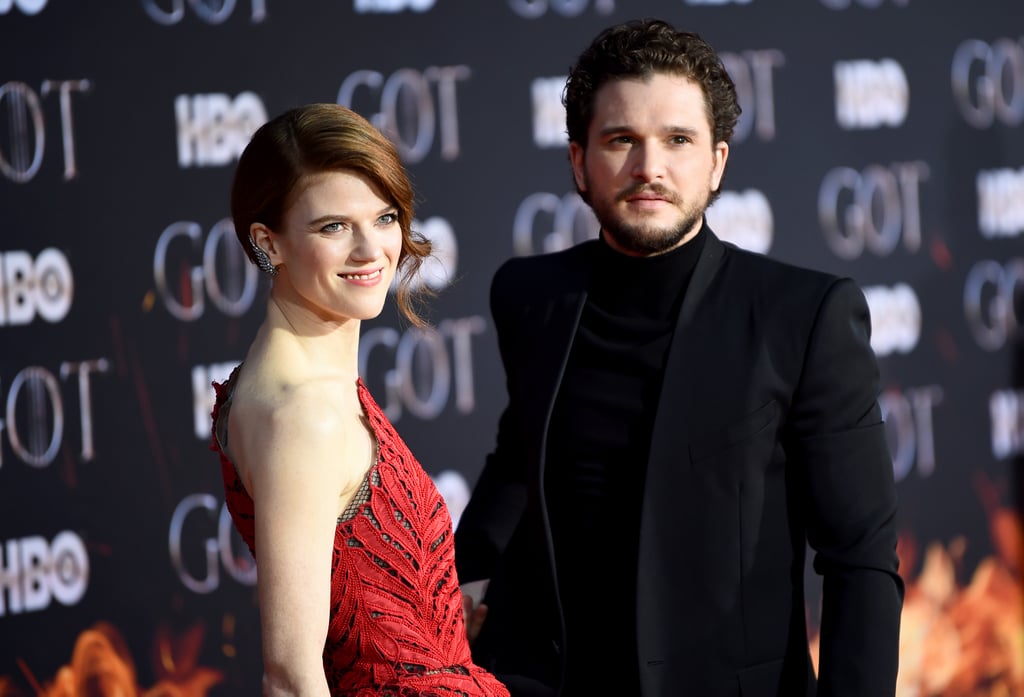 With the premiere of Game of Thrones's final season coming up, the time has almost come for the longtime cast members to go their separate ways — but not before having one more dragon-sized celebration! On Wednesday, all of our favourite cast members left Westeros and gathered on the red carpet in NYC to celebrate the the show's eighth season. While we can't wait to see all of the drama and emotions explode onscreen, it's nice to see smiles on all the faces we've grown so familiar for a change — and they're so much sillier off-screen than expected. Just look at The Hound!

Emilia Clarke, Sophie Turner, Gwendoline Christie, and Maisie Williams were in attendance — along with a few super cute couples, including Rose Leslie and Kit Harington — but one important cast member was noticeably missing: Lena Headey. In an Instagram post that same day, Lena (aka Cersei Lannister) expressed her disappointment for missing the premiere since she's sick. "I f*cking hate being sick and the timing of this is a sh*t bag," Headey captioned the post. "But . . . S8 is the tits and so are all my cast mates and crew mates and creators . . . so RIDE FORTH INTO THE NIGHT AND CREATE MAYHEM." Keep reading to see all of the stars who showed up in honour of the Seven Kingdoms, and join us as we try to imagine a scenario in which Oberyn Martell and The Mountain actually throw down in suits and ties.