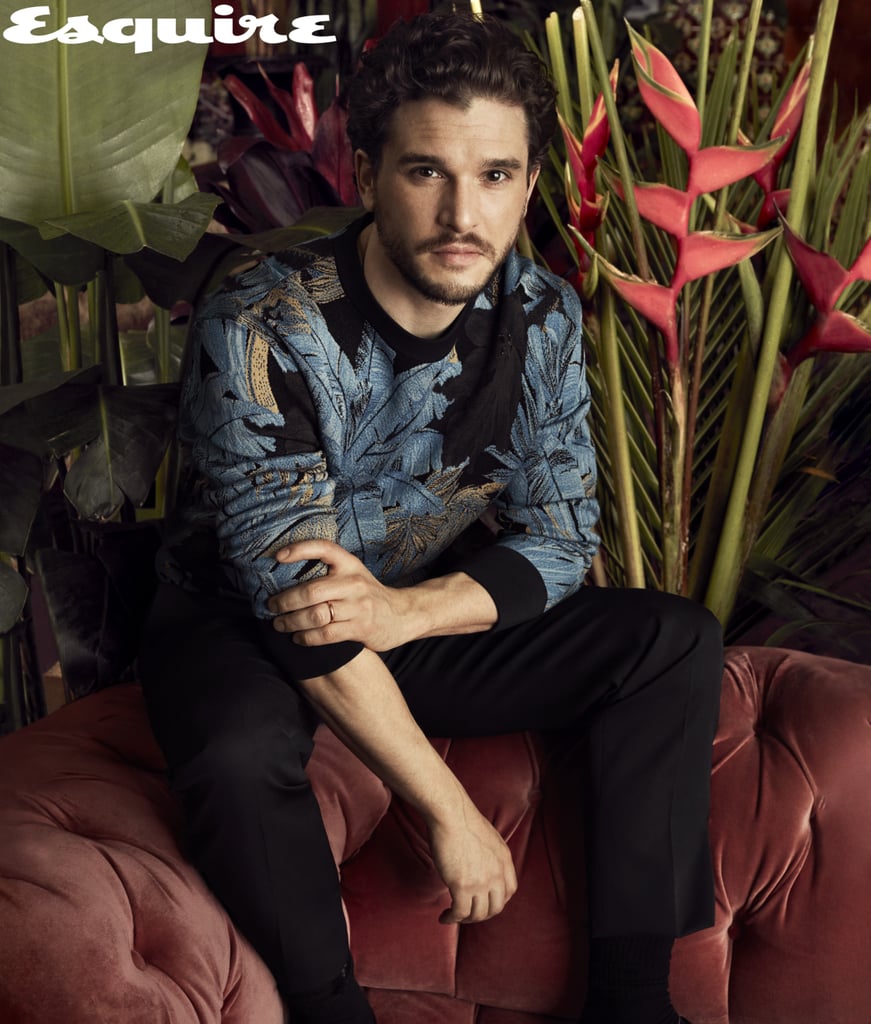 Kit Harington is the latest star on the cover of Esquire for its May 2019 issue, and boy does he look good. In addition to looking swoon-worthy in a series of sexy outfits (um, that blue suit though!), the 32-year-old actor (who famously plays Jon Snow on Game of Thrones) opened up about everything from what it was like meeting pal Emilia Clarke for the first time to how difficult it was saying goodbye to Jon Snow forever. Given that Kit is a huge prankster, the actor also revealed the best prank he ever pulled on his costar John Bradley.

After a much-anticipated wait, Game of Thrones finally returned for season eight on Sunday, and the premiere was even better than we hoped for. Not only does Jon return to Winterfell, but there was even an It's Always Sunny in Philadelphia cameo! Yep, this might be the show's biggest season yet! Check out what else Kit had to say ahead, then read his full Esquire interview here.

Celebrity Interviews
H.E.R. Feels Like She's Finally Earned Her Stripes as an Artist
by Njera Perkins 19 hours ago