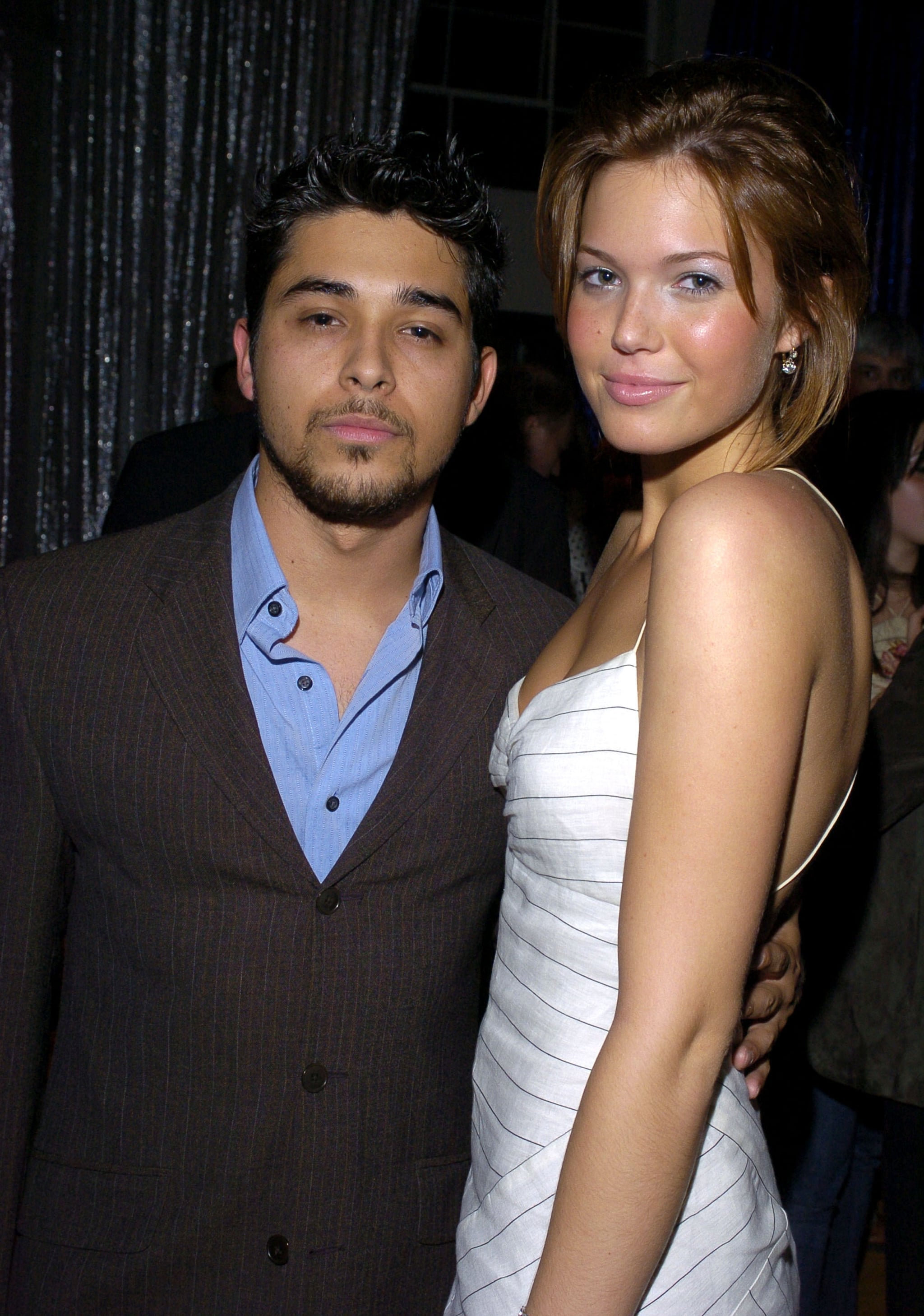 Mandy Moore is setting the record straight about her former romantic dealings with Wilmer Valderrama — once and for all. The actress, who dated the That '70s Show star from 2000 to 2002, made an appearance on Howard Stern's radio show and swiftly debunked Wilmer's infamous declaration that he took her virginity.

"He did not [take my virginity]. I dated him when I was 16 and 17 . . . I love him and I still love him," the actress told Howard. To refresh your memory, Wilmer revealed to the radio show host back in March 2006 that he was Mandy's first lover, saying, "The sex with Mandy was good, but it wasn't like warm apple pie." Mandy called his comments "utterly tacky," and now, 12 years after the rumours made headlines, she's opening up even more about how she really felt.

"He's a very good friend and that's why I was so shocked by it because, not only was it a fib, but it was so unlike him and so uncharacteristic," she said. Mandy explained that the two met at a photo shoot when she was 15 years old and that she was "pretty innocent" at that age. "[I had] never french-kissed a boy. He was like my first real, true boyfriend," she told Howard.

The 34-year-old actress recalled the conversation she had with her ex after his false revelation. "I remember in the moment he tried to explain it away and in the moment he sort of did get caught up and, like, he maybe insinuated more than outright said it. And I was like, 'No, you outright said it,'" she said. "But also I was like, 'Yeah, why would you ever talk about that to anybody and lie about it?'"

Although Mandy added that she was "very" hurt by Wilmer's past claims to her virginity, she said the two are on good terms nowadays. "We don't talk about it today. I moved past it now. We're not that close, but we're friendly," Mandy said before adding that they see each other around occasionally. She added, "He's a good guy . . . I think he learned a valuable lesson that day."

Celebrity Interviews
Chlöe Opens Up About Owning Her Sexuality: "I'm Learning It's OK to Be Who I Am"
by Princess Gabbara 4 days ago