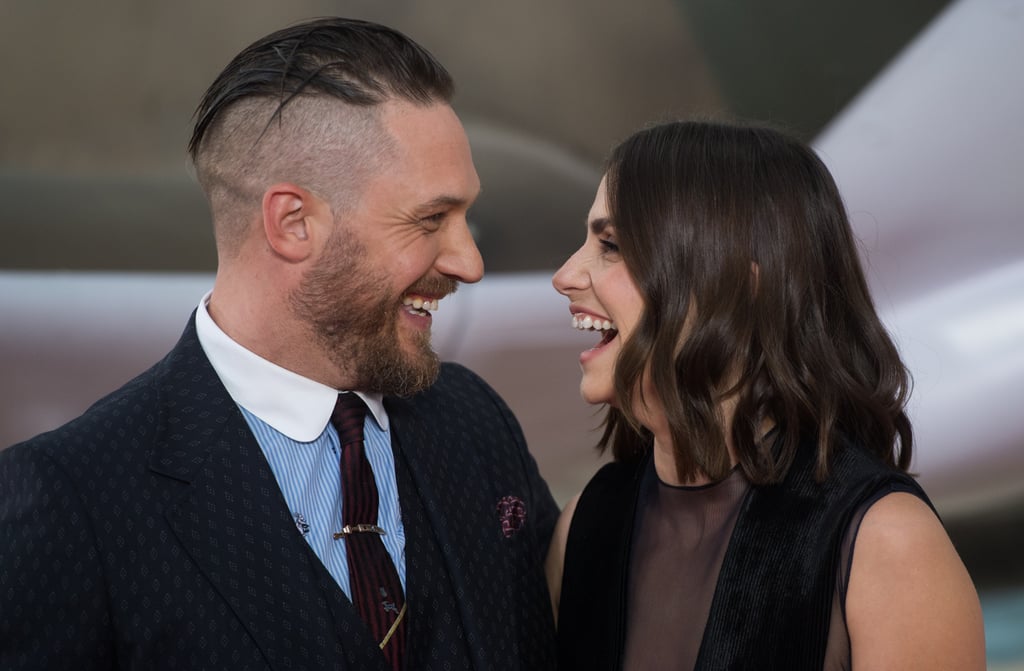 Tom Hardy and Charlotte Riley keep pretty quiet about their relationship, but luckily for us, they are happy to pose for the cameras once in a while. The gorgeous pair met on the set of 2009's Wuthering Heights and have seen both of their careers rise ever since. While Tom has starred in big-budget films like Inception and Mad Max: Fury Road, Charlotte has made a name for herself as the go-to girl for period dramas, with roles in the likes of Jonathan Strange and Mr. Norrell, World Without End, and our favourite, Peaky Blinders (which Tom also starred in, though they've never shared a scene). The pair, who wed in secret in 2014 and now share two children, have hit various events together and even snagged an invitation to Prince Harry and Meghan Markle's wedding. Take a look back at all their loved-up appearances now, then get to know Charlotte a little better as we share some surprising facts.

Celebrity Kids
Tan and Rob France Are Expecting Their First Child: "Our Hearts Are So Full Right Now"
by Monica Sisavat 6 hours ago

by Haley Lyndes 21 hours ago