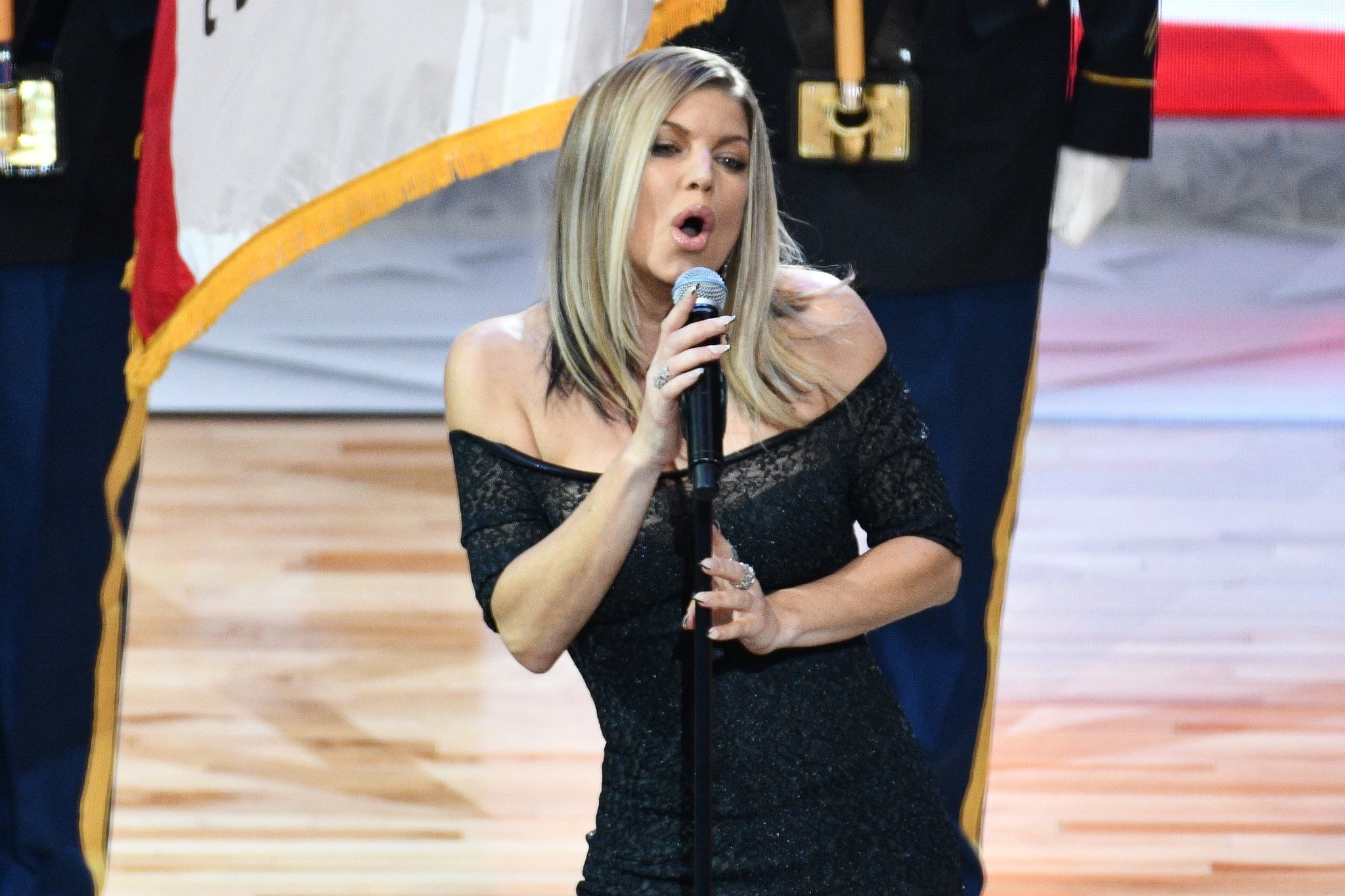 Fergie gave an unexpected rendition of "The Star-Spangled Banner" at the NBA All-Star Game on Sunday, and reactions to her performance have ranged from stifled laughs of celebrity attendees to an all-out dragging on social media. One famous name to weigh in on Fergie's version of the song is Roseanne Barr, who made headlines for her own take on the national anthem back in 1990. On Sunday, the Roseanne star tweeted, "Who saw Fergie's national anthem performance at the NBA All Star Game? I think mine was better lowkey."

Nearly 28 years ago, Roseanne belted out "The Star-Spangled Banner" at a San Diego Padres game and was met with boos from the crowd — you can watch the video below. The comedian's act was deemed "disgraceful" by then-President George H.W. Bush, and the performance has pretty much gone down in history. After facing her own backlash this week, Fergie released a statement: "I've always been honored and proud to perform the national anthem and last night I wanted to try something special for the NBA," she said. "I'm a risk taker artistically, but clearly this rendition didn't strike the intended tone. I love this country and honestly tried my best."