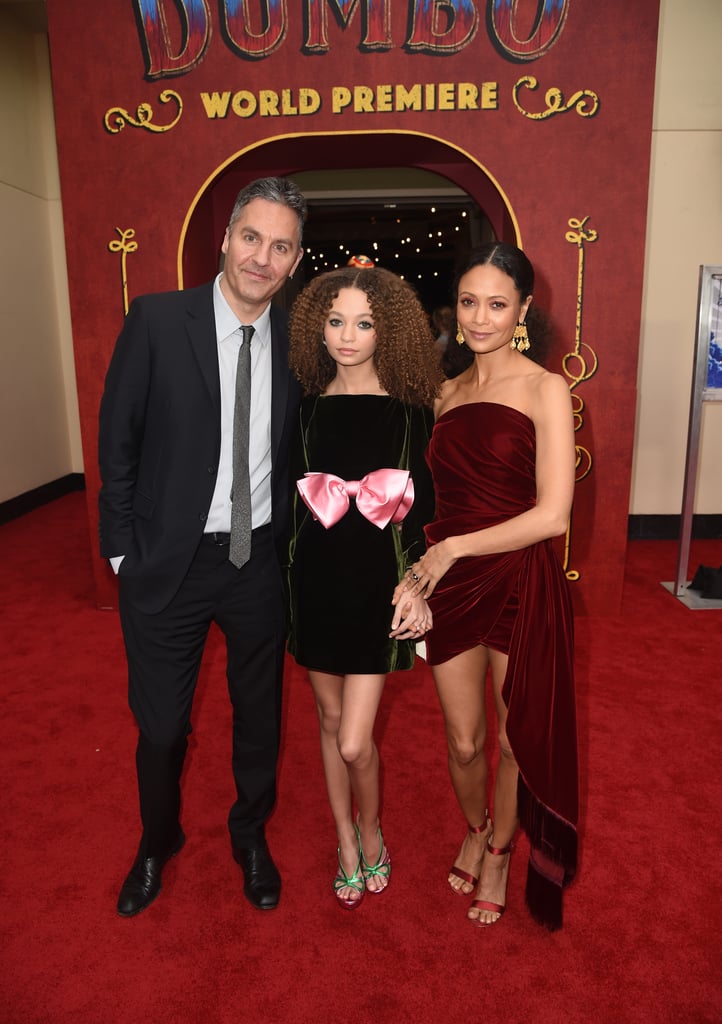 Thandie Newton has one seriously gorgeous family! On Monday, the 46-year-old actress and husband Ol Parker stepped out to support their youngest daughter, 14-year-old Nico, at the LA premiere of her new movie, Dumbo. Thandie and Ol beamed with pride as they posed with Nico on the red carpet and linked up with her costar Colin Farrell. Also in attendance were Angelina Jolie and her youngest kids, but missing from the fun were Thandie and Ol's 18-year-old daughter, Ripley, and 5-year-old son, Booker.

The Tim Burton-directed film is a remake of the 1941 Disney classic and marks Nico's debut into the acting world. Despite the fact that Nico's parents are both in the entertainment industry (Thandie stars in HBO's Westworld, while Ol is a film writer and director), the 14-year-old initially wasn't interested in acting. "I'd only seen it as, like, the cool thing that my mum does sometimes," she previously told The Hollywood Reporter. However, that all changed once she auditioned for Dumbo. "I was really proud of it when doing it and I was really confident in myself . . . from there I thought, 'This may be what I want to do when I'm older.'" The film also stars Eva Green, Michael Keaton, and Danny DeVito.