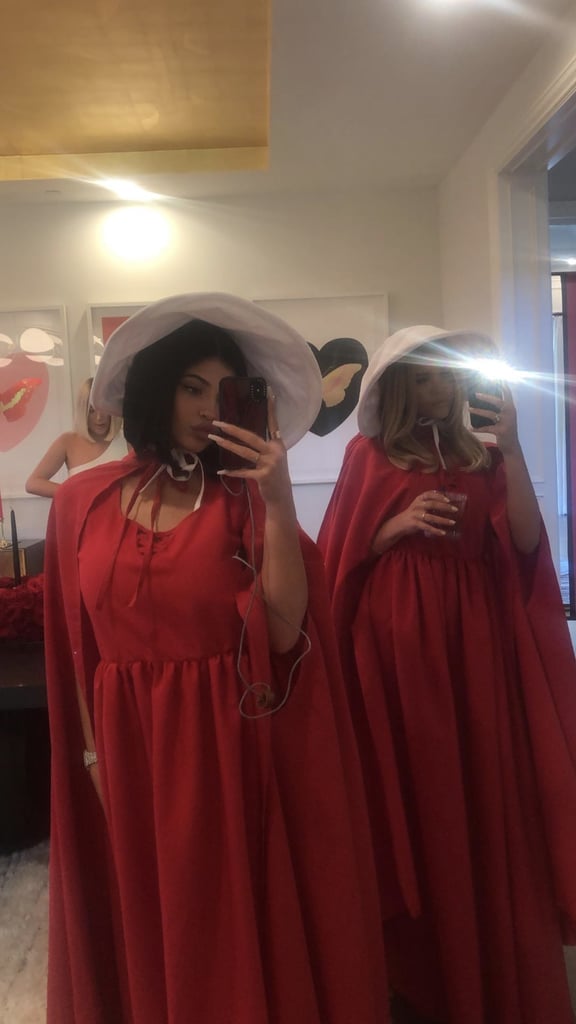 Kylie Jenner's Party Inspired by The Handmaid's Tale Raises Questions, the Main One Being "Why?"

Kylie Jenner threw her longtime friend Anastasia "Stassi" Karanikolaou a party inspired by The Handmaid's Tale on Saturday, and people are genuinely wondering why she thought it was a good idea. The 21-year-old beauty mogul shared snapshots of the gathering in which guests, including Sofia Richie, were fully dressed as handmaids, and those working the party wore the grey attire of Marthas. Kylie also decorated a dinner table with red roses and candlesticks and served drinks such as "Praise Be Vodka" and "Under His Eye Tequila."

Considering The Handmaid's Tale centres on a dystopian society in which women are enslaved and have no control over their bodies, the party's theme definitely didn't sit well with some. Naturally, people took to Twitter to express confusion and general disapproval. "Does anyone wanna tell her that handmaids are literally raped, stripped of their freedom and treated as cattle?" one user wrote.

Others cited the recent strict bans on abortion, particularly in Alabama and Missouri, as another reason why the get-together's theme feels ill-timed. In May, Kylie's beau Travis Scott even announced that he'd donate profits from his concert at Alabama's Hangout Music Festival to Planned Parenthood in opposition to the restrictive law. "Gilead flags, 'Praised be' vodka and 'Under his eye' tequila is so tone deaf, at any time, but especially when women's rights and autonomy are particularly under attack. Disheartening," another user posted.

Ahead, view more pictures of the party before reading some of the, er, spirited reactions to it.

Related:
These Are the Hidden Meanings Behind What the Women Wear on The Handmaid's Tale
Previous Next Start Slideshow
Twitter ReactionsKylie Jenner