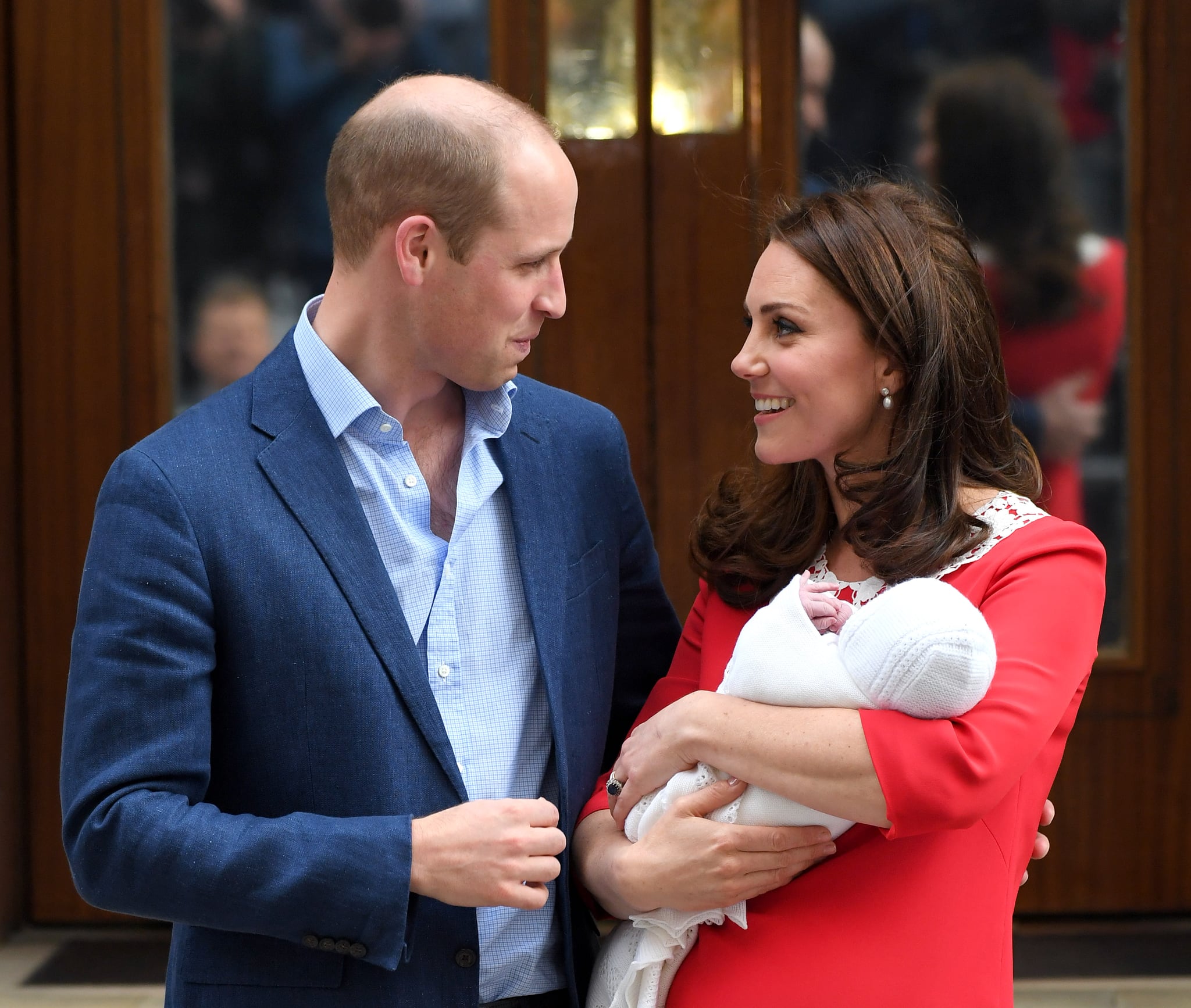 The country has another heir to the throne now that the Duke and Duchess of Cambridge have welcomed their third child. The happy couple had a baby boy on Monday (April 23), and from the moment Kate headed to the hospital in the wee hours of the morning, fans of the royals were on baby watch . . . and they didn't have to wait that long to see the healthy baby boy.

While some births can take days, Kate's deliveries have been somewhat short traditionally, and her latest baby delivery was no different. So what exactly happened, and when did the world get another prince? We've got it all covered below.

Around 6 a.m., Kensington Palace announced on social media that the Duchess of Cambridge and her husband the Duke of Cambridge were on their way to the hospital, because Kate was in labour.

Related:
Prepare to Melt Over These Precious First Photos of the New Royal Baby!

A few short hours later — most likely without an epidural — Kate's youngest of three was born and the announcement was made to the public . . . following the Queen being notified and the couple's family members. The announcement was made by royal decree outside of Buckingham Palace on an easel, as all royal births and deaths are, as well as on Kensington Palace's Twitter account.

According to the palace, the newest royal baby was born at 11:01 a.m. and weighed 8 pounds, 7 ounces. William was present for his son's birth, as he was for his two other children's delivery, and only left to go get Prince George and Princess Charlotte to meet their baby brother, before leaving the hospital. "Her Royal Highness and her child are both doing well," the official announcement on Twitter said.

The newest member of the Cambridge family was born on St. George's Day, England's patron saint. He was born just a few days (two to be exact) after his great grandmother, Queen Elizabeth II's 92nd birthday and a little more than a week before his big sister Charlotte's third birthday (she's born on May 2).

Into astrology? According to astrologer Rich Milostan, the time you are born means something, and the newest prince's time seems somewhat fitting. He said that anyone born within the 10 a.m. to 12:00 p.m. timeframe, "can go far in [their career] and "could eventually have a name for themselves." The little prince already has a name for himself, despite the fact that his actual name has yet to be revealed and we have a feeling he will definitely go far in his career, no matter what he pursues . . . in addition to being a royal of course.

The rest of Kate and William's day went along without a hitch, and the parents of three went home in the evening as planned. Only seven hours after giving birth to her third child, Kate made her first appearance with the youngster, and her husband — a little bit before 6 p.m. — before getting in the car and heading home to Kensington Palace to continue to recuperate.

"Their Royal Highnesses would like to thank all staff at the hospital for the care and treatment they have received," the couple's Twitter account wrote after the family was safely back at home. "They would also like to thank everyone for their warm wishes."

Congrats to the happy family, who are now a family of five — and the newest royal, who is now fifth in line for the throne!