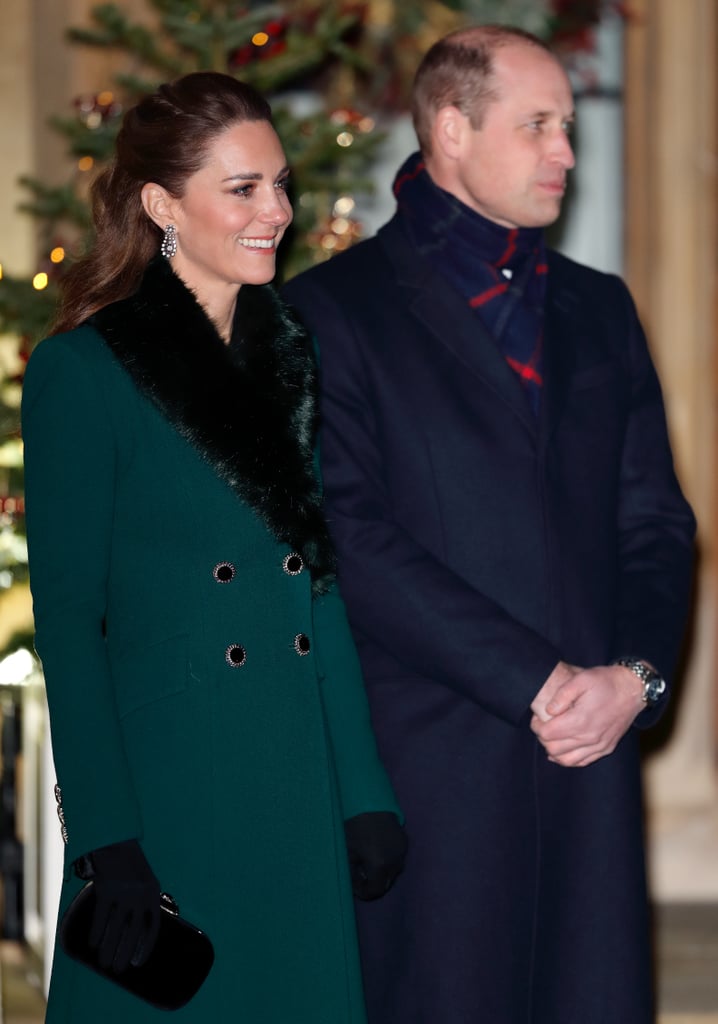 On 7th Dec., the Duke and Duchess of Cambridge set off on a three-day national royal tour aboard the Royal Train.

Kate and William covered approximately 1,250 miles over three days across England, Scotland, and Wales in an effort to thank individuals and communities for their work during the coronavirus pandemic. On Monday evening, the couple set off on their journey from London's Euston station, where they kicked off with a special tribute to transport workers from Transport for London and Network Rail, chatting to workers about their experiences as key workers during this difficult year. They were also surprised with a special performance of "Merry Christmas Everyone" by Shakin' Stevens.

To celebrate their arrival and the beginning of the tour, Network Rail staff altered the departure board at Euston to read, "Warmerhampton instead of Wolverhampton, Coventry Carol instead of Coventry, and Northpolehampton instead of Northampton." Prince William has taken a number of trips on the train before, but it's believed this is Kate's first.

Kate and William's first day was a busy one. Their first stop aboard the Royal Train was Edinburgh, Scotland where they met paramedics and staff from the Scottish Ambulance Service. From there, they visited Holy Trinity Church of England First School in Berwick-Upon-Tweed. Then it was off to West Yorkshire to meet Len Gardner, who Kate had spoken to on the phone as part of the NHS Volunteer Responder "Check in and Chat" Scheme. And finally, Manchester to meet and thank volunteers at FareShare, who "redistributes surplus food to frontline charities".

Their second day, however, was even busier, making various stops across Wales, including a visit to Cardiff Castle where the couple were treated to a Christmas village (complete with hot drinks, reindeer, and toasted marshmallows), before they sat down with students from Cardiff University to listen to how what it's been like during the pandemic with a focus on mental health. Next up, Kate and Will travelled to Bath, where they stopped by the Cleeve Court Care Home to wave hello (masked and socially distanced) to the residents and pay tribute to the staff who have worked tirelessly throughout the pandemic.

During the latter half of the day, the Cambridge's visited the Royal Berkshire Hospital in Reading, England, where Kate was born in January 1982. After greeting and thanking the staff for all of their hard work — and listening to a performance by the Reading All Steel Percussion Orchestra (Raspo) — the duke and duchess boarded the train to arrive at their last and final stop, Windsor Castle, where they reunited with Queen Elizabeth II and senior members of the royal family including Prince Charles and Camilla, Duchess of Cornwall and Anne, Princess Royal, as well as Prince Edward and Sophie, Countess of Wessex. There, they listened to the Regent Hall Band of the Salvation Army, who are based in London's Oxford Street, play Christmas carols, and met various frontline workers to thank them for their service.

Keep reading to see all the photos from the Duke and Duchess of Cambridge's whirlwind miniature tour aboard the Royal Train.