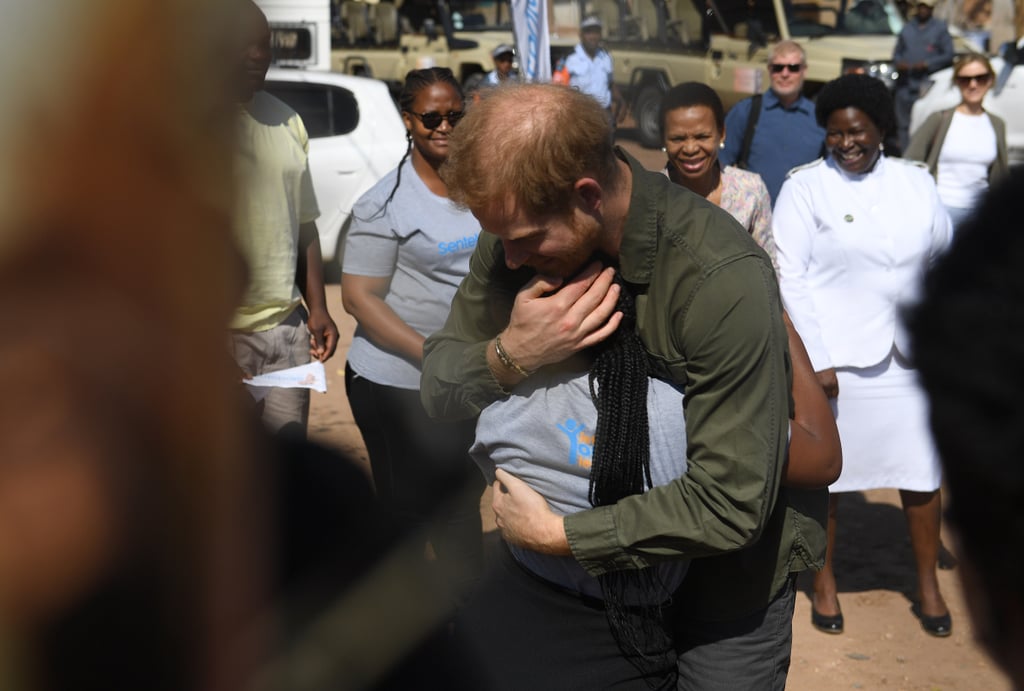 Meghan and Harry Are Handing Out Free Hugs in Southern Africa

Prince Harry and Meghan Markle are handing out hugs during their royal tour of Southern Africa, and honestly, I'm really mad I didn't book my flight. Even though hugging goes against royal protocol, Meghan and Harry really seem to be fine with letting their emotions take over and are genuinely enjoying their time in the continent that meant so much to Harry's late mother, Princess Diana.

In fact, during Harry's visit to Botswana on Thursday, the royal explained that the reason Africa is so important to him is because it gave him a "sense of escapism" and "a real sense of purpose" after Diana died. "I came here in 1997, 1998 straight after my mom died, so it was a nice place to get away from it all," he said. "But now I feel deeply connected to this place and to Africa." Harry and Meghan are halfway done with their 10-day tour, and their warm embraces have made so many people smile. See their sweet interactions ahead!