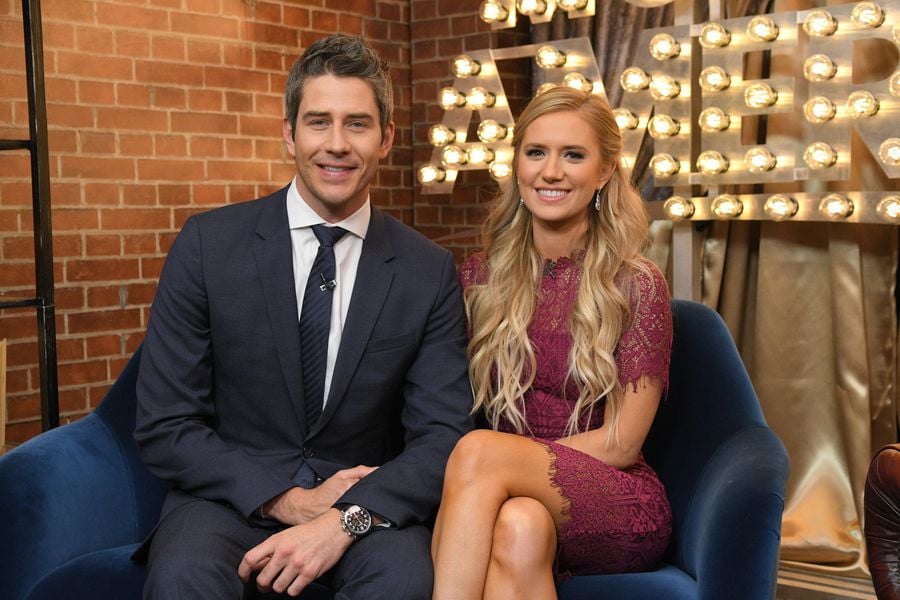 It wasn't long ago that Arie Luyendyk Jr. broke off his engagement with Becca Kufrin, the woman he gave his final rose to on The Bachelor, because he changed his mind and wanted to marry Lauren Burnham. Arie and Lauren are still going strong — but then again, it doesn't take much to be considered a long time in Bachelor world. Let's see the what the couple is up to!

Arie and Lauren knew that they wanted to get married quickly, even before they were officially engaged. The wedding will take place on Jan. 19, 2019 at Maui's Historic Haiku Mill in Hawaii. If you had your fingers crossed that it would all be caught in camera, the two confirmed that it will be a private ceremony. Bummer for Bachelor Nation! But there is the tiniest chance that Becca could be in attendance.

Besides planning their upcoming nuptials, Arie and Lauren have been doing totally normal couple things — like travelling to Bora Bora, Australia, Barcelona, and Iceland. Recently, they went to the Indy 500, but Arie wasn't behind the wheel this year.

Will this pair be one of the few to make it down the aisle? The countdown to the wedding is on!

Summer Olympics 2021
They're Coming Home! Team GB's Homecoming Will be Accompanied by an Exclusive Concert on BBC
by Navi Ahluwalia 17 hours ago