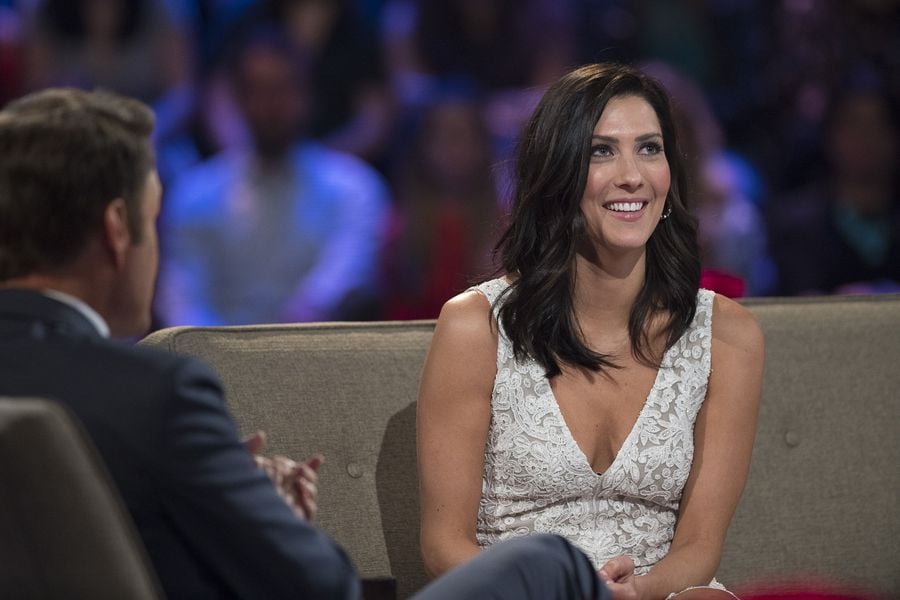 Season 22 of The Bachelor is officially over — well, we still have the After the Final Rose episode, but we all know that'll just be more drama and dragged-out chatter — and it has us thinking about what parts, if any, are real on the show.

While we do believe that some of these romances are real, and we trust that some contestants really are open to love and manage to find it, what about the interviews and the tensions in the house . . . are they scripted? Could they be faked or changed to be more interesting? Of course they can — and they are . . . at least some of the time.

Chris Harrison is always ready and willing to stir the pot on The Bachelor and The Bachelorette, so what else could ABC be switching and twisting for viewership? Well, probably a lot, but it's rare it'll cop to it, and we get that, but that doesn't mean it doesn't happen. Come on, those wine glasses don't refill themselves — well, maybe, but you get the idea.

In 2012, The Bachelor creator Mike Fleiss both defended his show's authenticity and admitted that some of it is fake during a talk at the Banff World Media Festival, and that's sort of what we expected he'd say.

"I think most of the shows are fake," Mike said at the festival via Today. "I think there's all kinds of (bull) going on behind the scenes with, I would say, outside of the talent shows and The Bachelor, where we really kill ourselves and spend a lot of money and time and destroy our staff to make sure it's real, that 70 to 80 percent of the shows on TV are (bull). They're loosely scripted. Things are planted. Things are salted into the environment, so things seem more shocking."

Related:
Why Saying "I Love You" on The Bachelor Is the Worst Thing You Can Do

Even though he was mostly speaking about other reality series, Fleiss did admit that his team does some TV fake-outs as well, but it's because the fans want it. He said that they do add a "more shocking" element, but it's for the viewers. "[Viewers are] not requiring a pure delivery of nonfiction content [from the shows]," he told the crowd at Banff. "They know it's somewhat fake, but they're OK with it."

While fans are aware that the series isn't exactly as it appears, Amy Kaufman's new book Bachelor Nation has blown the fantasy facade away and shown The Bachelor franchise's true colours. In the Los Angeles Times film writer's debut book, and thanks to USA Today's teaser snippets from the book, it becomes clear that there are a lot of inflated and "manufactured" moments on the show, and we totally can see that.

Kaufman described the tactics of the editors on the franchise as "Frankenbiting," which is "creating a sound bite that has been edited to have a different meaning." This technique runs rampant throughout all of The Bachelor shows, and really, are you surprised?

"There's no allegiance to what happened to reality," an editor employed for three seasons on the show told Kaufman in the book. "I don't care what happens. It's like I'm handed a big bucket of Legos and think, 'What do I want to build today?'" What's even more intense is that the producers reportedly tracked the menstrual cycles of the female contestants in order to get more emotion out them and then grilled them in interrogation-style interviews to try and get more TV-worthy clips.

Related:
30 Tweets About The Bachelor That Sum Up Your Emotional Journey Through the Finale

A former Bachelor/Bachelorette producer, Ben Hatta, described the benefits of having women on their periods so that "it helped the producers, because now you've got someone who is emotional — and all you want is emotion."

The book's author even sat down for a role-playing exercise like the ones the ladies and men go through before tapping with an ex-producer Michael Carroll, because he bragged to her about what he could make her say, aka what he could manipulate out of her in the moment.

"Watching you and him is like watching (expletive) paint dry," Carroll told Kaufman during the fake scenario. "I want to kill myself. You are boring me to death, and I know you're way more fun. If you're not into it, you can go home tomorrow if you want. You don't have to be here."

"The power of suggestion is real," Kaufman writes in her book, "especially when someone is berating you and making you feel like a disappointment." Wow, this is so intense and so not OK.

Clearly, Monday night's season finale wasn't the only time that ABC and The Bachelor franchise have stepped over the line and manipulated the moment for ratings, and it's pretty scary to think about.

British Celebrities
A'Whora on That Drag Race Outfit: "This Moment Is All I Could Have Ever Asked For"
by Navi Ahluwalia 16 hours ago

Netflix
Behind Her Eyes Star Eve Hewson: "I've Been Googling Myself Nonstop"
by Navi Ahluwalia 17 hours ago