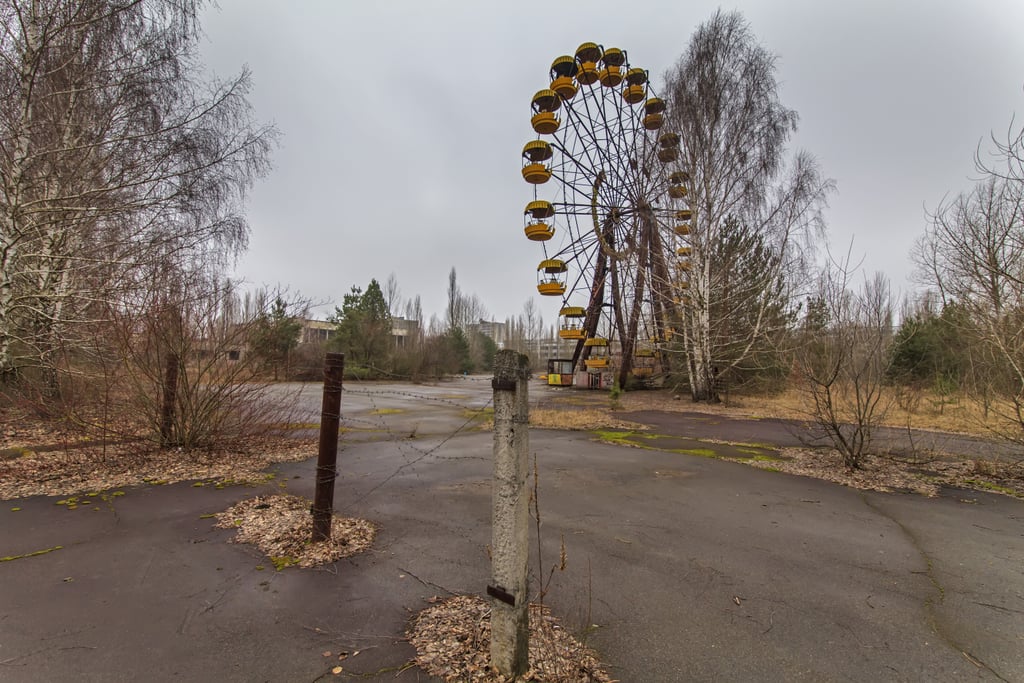 The 1986 nuclear disaster at Chernobyl is undoubtedly one of the most tragic and terrifying accidents in recent history. Bringing to life the key players in the event, HBO's miniseries Chernobyl has been opening up the conversation around how people navigated the crisis. The incident dislocated hundreds of thousands and killed dozens in addition to leaving behind devastating impacts on the environment and public health.

The northern Ukrainian city of Pripyat, which borders the Chernobyl plant, has become something of a ghost town over the last few decades. Following the disaster, officials designated a 1,000-square-mile exclusion zone where radioactive contamination is said to be the highest. Despite the dangers that this area may impose on human health, many tourists have visited Chernobyl out of curiosity.

Scroll ahead for a peek into what Chernobyl looks like in recent years — it's an unexpected and haunting assortment of greenery, stray animals, abandoned buildings, and warning signs.