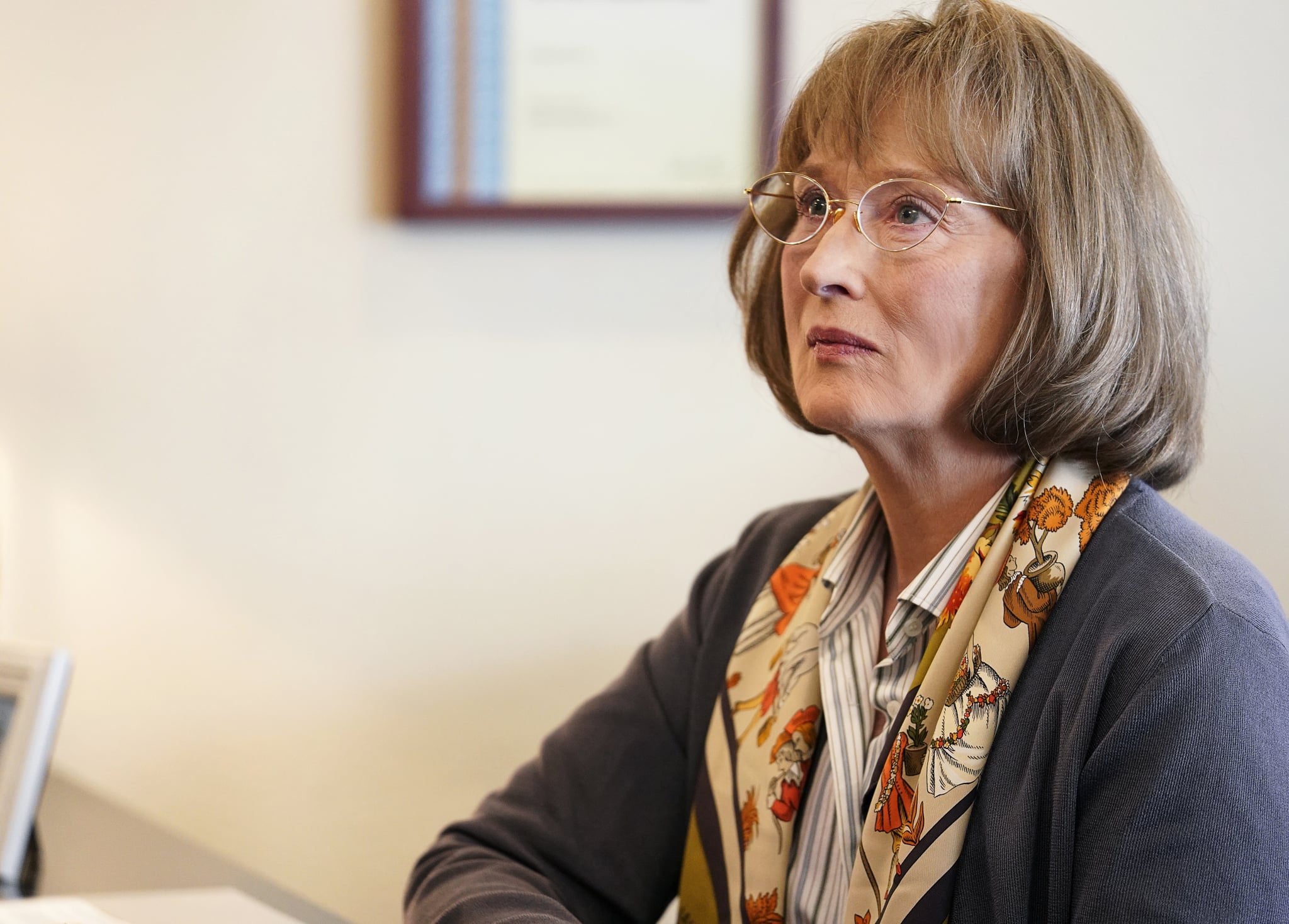 We all knew that Meryl Streep was coming to HBO's Big Little Lies, but we didn't know that she was coming straight for answers. Playing Perry's mother Mary Louise in season two, the queen herself makes one heck of a chilling appearance in the official trailer for the upcoming batch of episodes.

Addressing her daughter-in-law Celeste (Nicole Kidman) with a poker face, she firmly declares, "My son is dead, and I want answers." Celeste tells her, "I gave you answers." Mary Louise goes straight for the kill, saying, "Yes, but you left some things out, didn't you? You were planning to leave him, and you learned of his infidelity just ten seconds before he died. Oh, you left that out too." Cue dramatic gasp! So what was this infidelity that she was talking about? If you're unclear, let's rewind to season one to unpack.

For the most apparent explanation, we should look to Jane Chapman's story. Portrayed by Shailene Woodley, Jane is a young single mother who moves to Monterey at the beginning of the series. When Ziggy asks for his father's identity for a family tree project, she reveals to her new BFF Madeline (Reese Witherspoon) that Ziggy's father raped her and went by the name Saxon Banks. Madeline, of course, attempts to track down this seedy Saxon character to no avail. But everyone puts two and two together on Trivia Night. Jane eventually recognises Celeste's abusive husband Perry as her rapist. She grabs Madeline's arm, and the three women look at each other knowingly, no words exchanged. Moments later, Bonnie pushes Perry down the stairs when he's fighting with the women.

Since Celeste's twins and Ziggy are in the same grade, there's really no questioning Perry's infidelity — he was more likely than not married to Celeste when he met Jane. What's unnerving is how Mary Louise knows Celeste found out about Jane. It's likely she either got intel through the grapevine, perhaps through a PI or maybe even someone in Celeste's inner circle. Alternatively, Perry may have privately confided in his mother about Jane or a completely unrelated affair. We don't know how much information she has on Jane's traumatic encounter, but her knowledge could implicate the Monterey Five in a trial for his death.

Needless to say, we'll probably have a clearer idea of this infidelity that Meryl alludes to come the season two premiere on June 9.

Netflix
The 14 Best TV Period Dramas Ever — Yes, Including Bridgerton
by Sabienna Bowman 11 hours ago

The Wilds
The Wilds Explores Many Female Relationships, but Toni and Martha's Is Strongest
by Sarah Wasilak 14 hours ago

British Celebrities
From Skins to It's a Sin, Here's Everything You Need to Know About Olly Alexander
by Navi Ahluwalia 19 hours ago