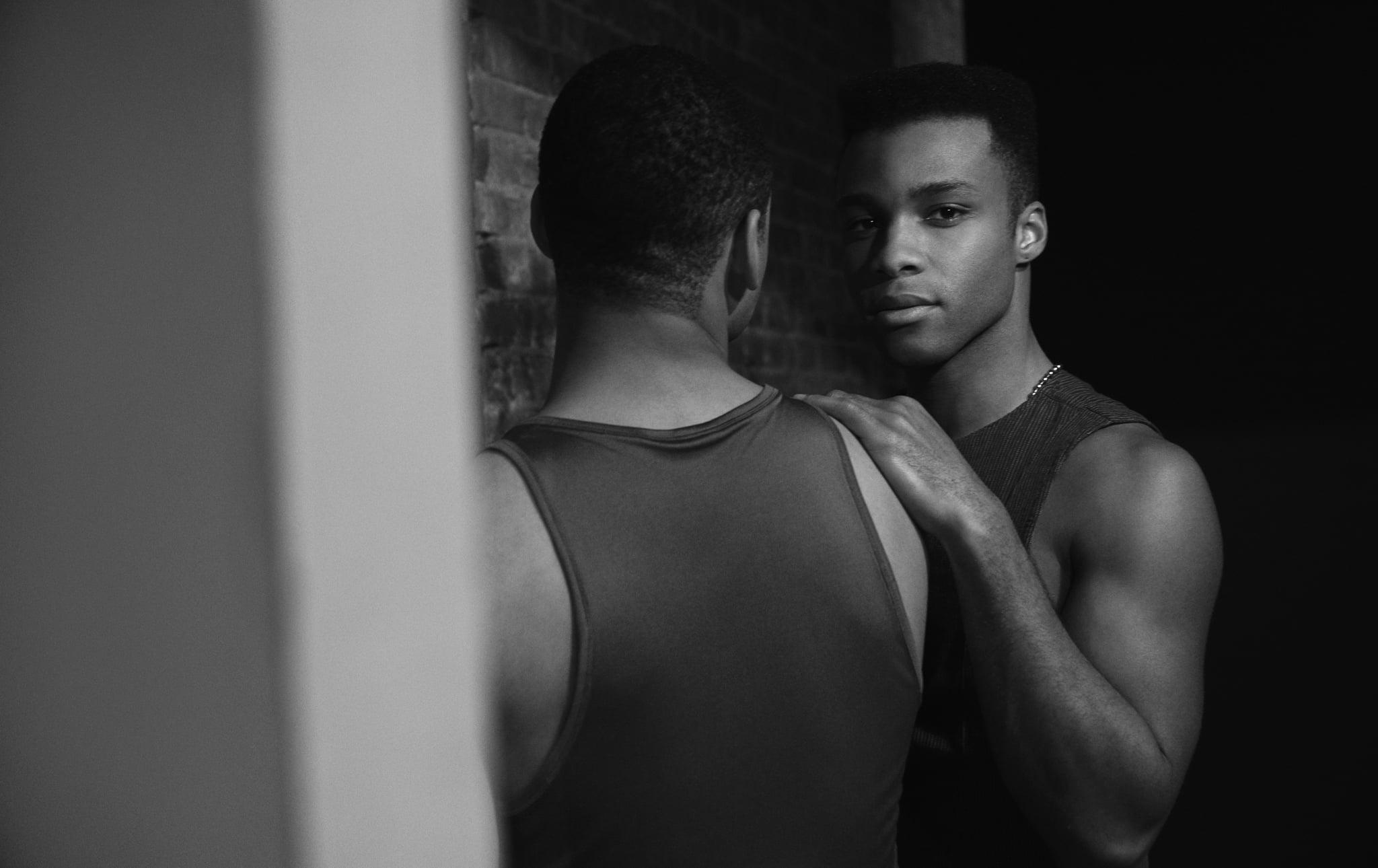 With a history-making cast and a just as game-changing creative team, Pose presents as a truly singular experience: a narrative series that is truly shattering tropes, defying expectation, and depicting stories that we've never seen in such bold strokes on television. It's no wonder we already have a confirmation for season two. One of the most special aspects of Pose is the love between its two gay, black protagonists, Ricky and Damon. The former is played by the impossibly handsome Dyllón Burnside, who is hoping to celebrate the show's incredible season by giving back to the LGBTQ+ community.

On July 23, the day after the finale, Burnside is hosting an incredible benefit concert featuring Pose costars Ryan Jamaal Swain and MJ Rodriguez, with proceeds going to GLSEN (Gay, Lesbian & Straight Education Network). Just ahead of the finale and the event, we spoke to Burnside about the incredible impact the show has had thus far. As it turns out, he's watching the ripple effect play out in a very real way on a day-by-day basis. What's more, he has the powerful stories to back it up. POPSUGAR: It's so clear, to me, that this is a groundbreaking piece of television. What has it felt like for you to be a part of that?

Dyllón Burnside: That word does mean a lot: groundbreaking. And in some ways, I feel like it doesn't quite capture my feelings about it. I think when you're in the midst of it, at one point, it was just like, "Oh, I'm at work. I'm doing another job." And then at some point, everything just shifted. And I remember looking at Ryan Jamaal Swain [who plays Ricky's love interest, Damon] and saying, "Oh, I feel that. Do you feel that? This is important." . . . I felt like I had stepped into a time capsule and I was channelling people who had been wanting to have their voices heard, and now their voices are finally being put out into the world for people to see.

So for me, it was just super important to honour that and to recognise the gravity of the work that we were doing. And also understanding, showing two black queer boys falling in love, in what's really puppy love, that for the first time. I've never seen that kind of thing on television before. We've seen the painful kind of love. We've seen the closet cases and the DL brothers. And we've seen interracial couples. But we haven't seen two black queer boys trying to figure out what it means to be attracted to each other and to have intimate feelings for each other, and to kind of figure out what to do with those things.

"We haven't seen two black queer boys trying to figure out what it means to be attracted to and to have intimate feelings for each other."

PS: Yes! I was so struck by that, and it's so incredible to be able to witness that. There's a tenderness there, too, that you don't often see imbued in black men on television. I think it's really important to see that, too, even queerness aside.

DB: Absolutely, that's true for black men across the board no matter how you identify on the sexual spectrum. The tenderness as you have brought up, the fact that two black men can be loving towards one another. I think that this is just going to open the door, the possibilities of who black men feel they have permission to be in the world, sexuality aside.

PS: I'm curious: do you think there's anything about the black or queer experience that hasn't been touched upon yet? Something you hope Pose will explore more in the future?

I'm interested in living in a world where people are not shocked by men holding hands and being affectionate toward one another out in public. I'm looking forward to things in the media, depictions of people in the media of queer experience without having to explain the queer experience. Just in a world where kids don't have to come out because it's understood that some people have same-gender attractions and affection for one another, and that's okay. Yeah. That's what I'm really interested in exploring in this show. 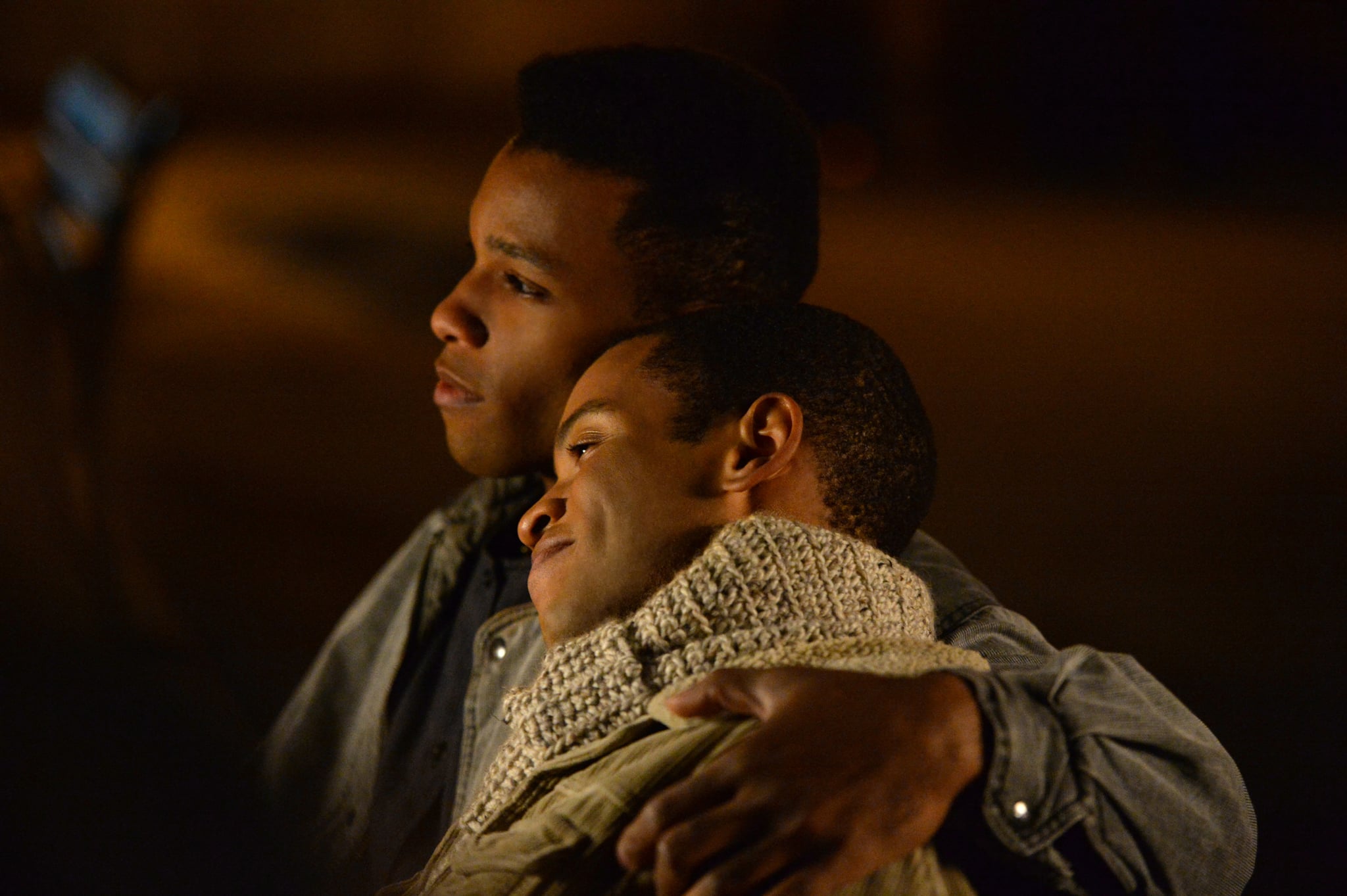 PS: And you're putting on a special show to celebrate the finale, is that right?

DB: Yeah! So, I'm doing a benefit concert for an organisation called GLSEN (Gay, Lesbian & Straight Education Network), which helps create safe space for LGBTQ+ individuals across the country. As you know, Pose is all about LGBTQ+ folks seeking safe space. So I thought, what better way to celebrate our season finale than to put on a concert that is helping support an organisation that's creating those safe spaces? And so we're doing a season finale party/benefit concert on Monday, July 23, the Monday after our season finale. I'll be performing, MJ Rodriguez will be performing, Ryan Jamaal Swain will be performing, and we're going to have a great time and raise some money for an incredible organisation.

PS: What has the response been like since episodes started airing?

DB: There hasn't been a day since Pose came on television that I haven't received messages from people telling me how much the show means to them, and how wonderful it feels to have the community represented, and how important it is, and how they cry every episode. I get these messages every single day. And I don't take it for granted, because it lets me know that whatever societal pressures that we're up against with this show, it's all worth it.

"You don't realise, when you're working on a show or project, just how it's going to impact people's lives or what it's going to mean to them."

I had a gentleman send me a message on Instagram. He said, "I really love the show and it's so great to see the ballroom community finally get its due. And you guys are doing a wonderful job." And I was like, "Thank you for watching the show." And he says, "Oh, absolutely. I watch every week and I have a watch party. And then my friends and I, we sit and we talk about the episodes." And I think that's the most beautiful thing. And that's the kind of thing that I'm really into. I like having really deep conversations and drawn out conversations with people. I invite people over and pull them in with food so that I can have conversations with them and stuff.

Another story: I went to a pool party with Angelica Ross, who plays Candy on the show. And Angelica is just a vibrant personality. We had so much fun. And the moment we walked in, everybody knew who she was, and we instantly made all the friends. And one of the gentlemen, he came over and he he wasn't interested in partying with us, but he was like, "This show has been really great. And after seeing this show I went and got tested, and I hadn't been tested in a certain amount of time." And it was just after seeing the episode where we're talking about HIV testing — it's me, Ricky, and Damon, and Pray Tell takes the boys to get tested — he went and got tested. And that was a huge deal for me.

PS: It's tempting to think, "Oh, this is just a TV show. It's just a piece of art. It's awesome to see representation but is it actually really doing anything?" And it's so cool to see that it is doing something. That you can measure how it's affecting people.

DB: Yeah, yeah. We're all really excited about it.

The Great
Our Favourite Stars Dressed as Their Favourite TV Characters, and We Can't Get Over It
by Grayson Gilcrease 17 hours ago