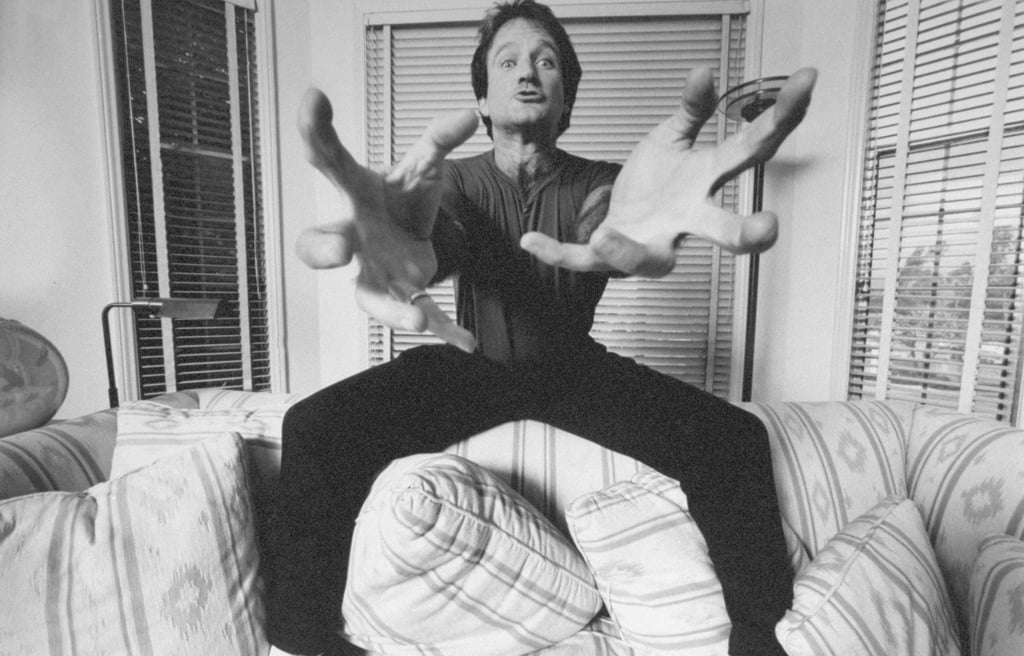 On Monday night, HBO premiered a documentary that gives an intimate look at the life and legacy of comedian Robin Williams. The two-hour film explores the actor's wondrous, frenetic mind and tries to solve the puzzle behind the magic of his comedy.

Using archival footage, clips from his stand-up specials, and old audio tapes, director Marina Zenovich takes us beyond the brilliance of Williams's art and reveals the quiet, sensitive man behind it all. Alongside interviews with Williams's nearest and dearest, Zenovich's work culminates in a heartwarming, painful, and honest documentary that viewers really responded to and appreciated. The documentary's title, Come Inside My Mind, actually comes from a joke Williams told in 1979 about his experience having a brain that never stops working. Fellow comedian David Letterman reflects on Williams's almost manic-like stage presence in the film, saying, "We knew whatever it was Robin was doing, we weren't going to get close to that," he said. "All we had was our stupid little jokes." It was that rapid run-through of jokes, impressions, and character accents that caught the attention of his audience and kept us laughing throughout the entirety of his career.

If you haven't already bawled your eyes out over Come Inside My Mind on HBO, here are some of the most interesting anecdotes uncovered from the documentary.