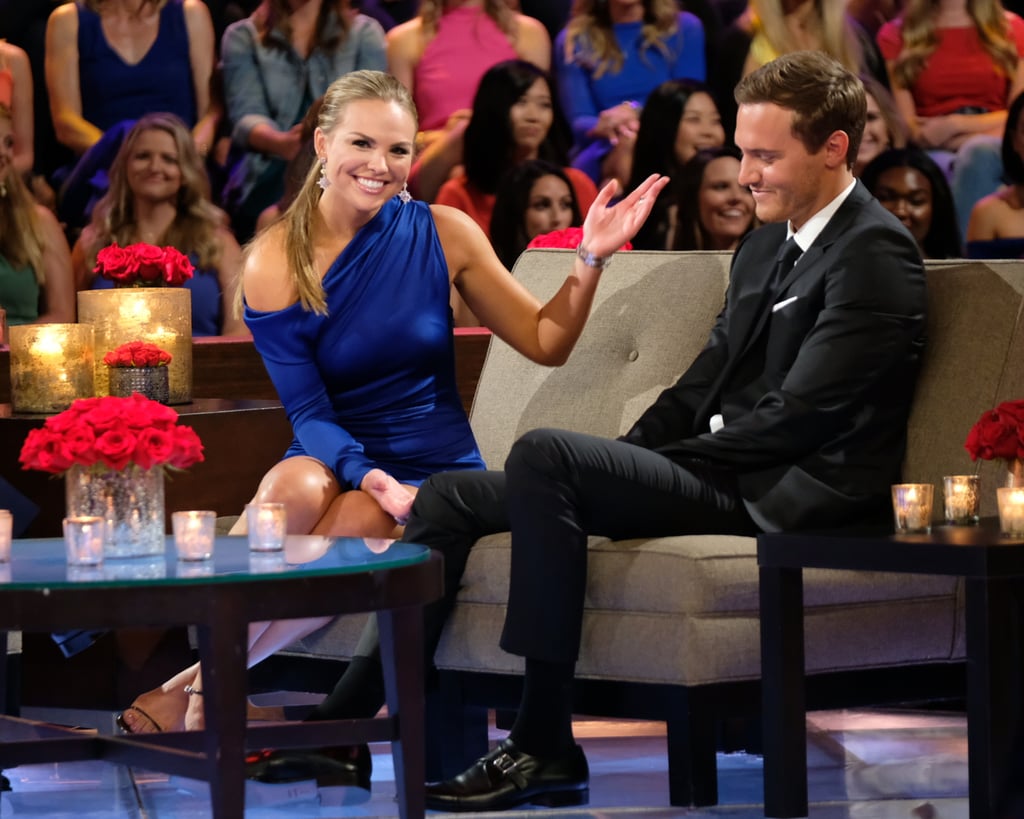 Hannah Brown is one step closer to handing out her final rose on The Bachelorette, but she still has to break a couple more hearts to do it. Delta pilot Peter Weber was the latest contestant sent home packing in an emotional goodbye on July 29, and fans have some feelings about the entire event. With the finalists for Hannah's heart being down to Tyler Cameron and Jed Wyatt (and his dog food jingle), losing Peter is a major bummer.

The pilot has been a fan favourite and a top contender to nab the final rose since he first put a sparkle in Hannah's eyes at the start of the season. As the 27-year-old sat across from Chris Harrison during the first of the two-part finale, tearing up about how he will always be "a little in love" with Hannah, you can't help but feel for the guy! Even his parents made an appearance on the finale to remind the audience of how wholesome the whole Weber family is. It went a little left when Hannah revealed that her adventurous Fantasy Suite excursion with Peter ended up being a four-parter rather than the two romps in the windmill we'd previously heard about (never have I ever expected to see parents cheering on their son's sexual prowess on national TV), but overall, Peter's goodbye was pretty heartwarming.

This is mostly thanks to Chris never addressing the torrid tale exposed by Peter's ex model Calee Lutes, but we're going to assume that will come into play during the second part of the finale, along with Jed's own dirty secrets. So for now, we're going to enjoy the heartfelt reactions from Bachelor Nation as they mourn the loss of their favourite pilot (or celebrate it, depending on the fan) and attempt to find a Delta flight to the nearest windmill.

Related:
If We're Being Honest, We're Still Rooting For These Bachelor and Bachelorette Contestants
Previous Next Start Slideshow
Twitter ReactionsThe BacheloretteTV
Around The Web