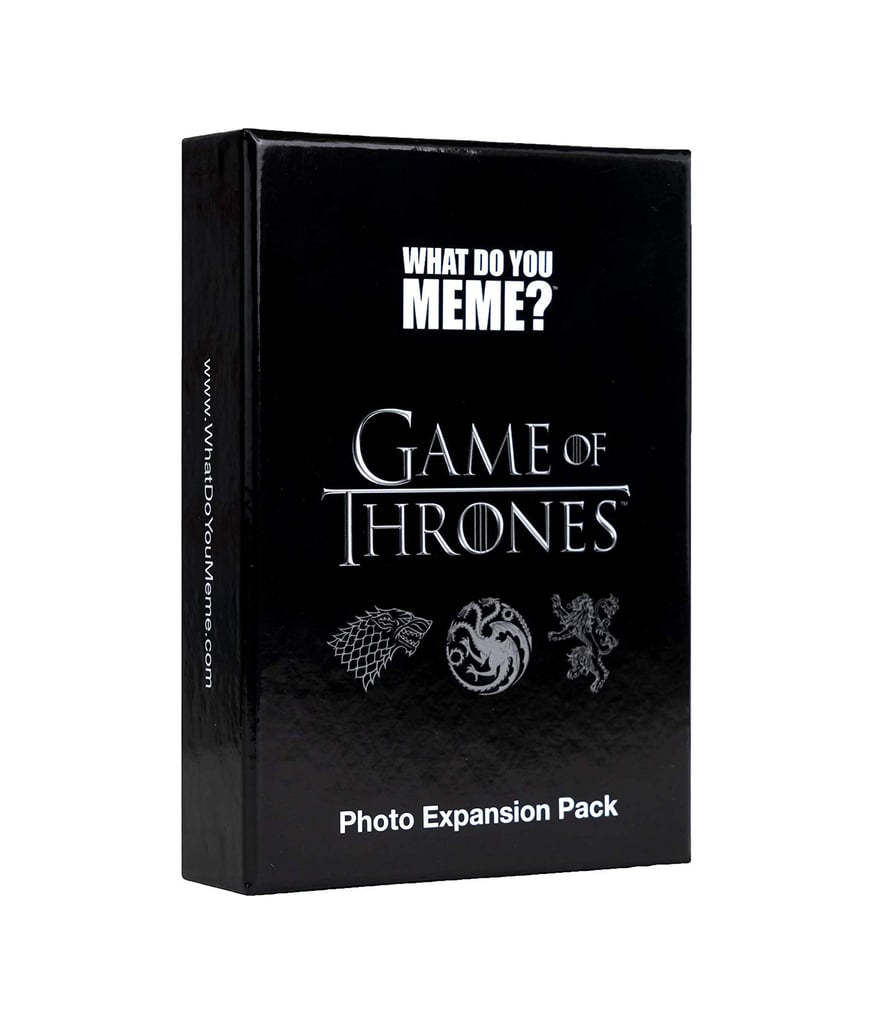 Shop the What Do You Meme? Game of Thrones Expansion Pack

I'm not sure about you guys, but after every single Game of Thrones episode, my brother, friends, significant other, work friends, and pretty much every person I communicate with regularly receives a dump of memes related to each episode. What can I say — I'm a millennial with a passion for GOT, so, yes, memes are life (bonus points if they involve Arya Stark). In honour of the final season of the show, the meme-based card game What Do You Meme? released a Game of Thrones expansion pack ($12), and it's pretty epic.

The Battle of Winterfell might be over, but the meme war is just beginning. The 75 photo cards include various Jon Snow facial expressions, Olenna Tyrell's iconic "Tell Cersei" smirk, and even Ramsay Bolton's demonic stare to play with your original What Do You Meme? deck. (The What Do You Meme? caption cards are not included in this photo expansion pack.)

For those who aren't familiar with the original game, you play it just like Cards Against Humanity. One person puts down a photo card and the rest of the players put down a caption card that best aligns with the photo. Everyone rotates being the judge, and the judge decides the best combination of photo and caption. Shop the What Do You Meme? Game of Thrones expansion pack ahead, and remember, a meme war is coming.

Related:
A Game of Thrones Version of Guess Who? Exists, and Jaqen H'ghar Would Be Proud
Previous Next Start Slideshow
GamesGame Of ThronesTV

Line of Duty
Line Of Duty: Episode 4 Was Full of Big Revelations, Including Confirmation of a Major Fan Theory
by Lucy Wigley 21 hours ago