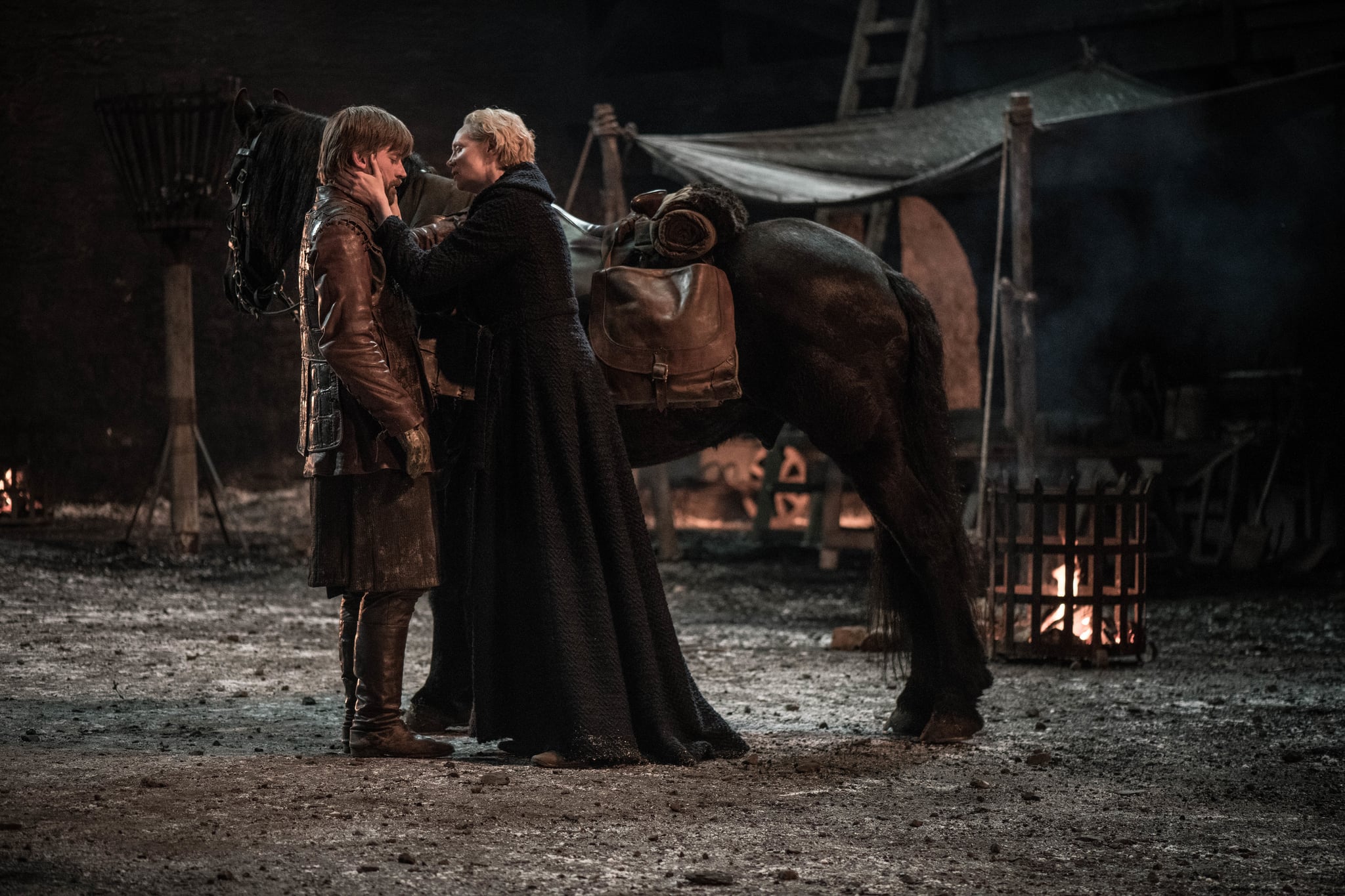 One of Game of Thrones's most beloved characters is Ser Brienne of Tarth, the most noble of all knights to defend Westeros. From her introduction in season two to her eventual ascent to Lord Commander of the Kingsguard, actress Gwendoline Christie gave fans a character they can always trust to hold true to her values. In an interview with People Magazine, Christie opened up about bringing the complexities of Brienne to life — especially when it came to her relationship with Jaime Lannister.

"George R.R. Martin created a really phenomenal female character, the like of which we are not really used to seeing on television," she said. "I love that she has so much unabashed physical strength, but we also see the complexity of her struggle with her physical self and how she fits into a man's world. [She is] a woman who is a warrior but who also has a very deep sensitivity, a very strong moral sense and a deeply rich emotional world which she struggles to hide."

One of the biggest elements of Brienne's journey is her desire to become a knight, which she eventually does thanks to Jaime. It's a huge turning point in their relationship, which has been fraught with trials and tribulations since it began with them on opposing sides of the War of Five Kings.

Related:
It Turns Out Gwendoline Christie Submitted Herself For an Emmy Nomination, Thank You Very Much

By the time they reunite in season eight, Jaime has abandoned his pregnant sister-lover and Brienne is the loyal guard for Sansa, now Lady of Winterfell. In season eight's fourth episode, "The Last of the Starks," the two consummated their relationship, before he left her to return to Cersei's side in the end. Despite how furious fans felt watching Brienne breakdown over Jaime's decision to leave, Christie doesn't regret the knight's decision to lose her virginity to the Lannister twin, highlighting that "it's her choice to have that," which not many Game of Thrones characters get to have.

"Personally, I'm glad that Brienne elected to have her first sexual experience," she admitted. "It was something that she consents to and I'm glad we see her leaving herself open and having an honest, emotional response to that — and recovering from it. And, ultimately, superseding her expectations and no longer being in service and protecting someone else but being in control."

She went on to add that her favourite part of the outcome is that Brienne gets the position she's always wanted and her story focuses on that, rather than her relationship with Jaime. "She is lord commander of the King's Guard. And how it ends is not about her relationship with a man, but about her fulfiling her destiny and her work," she said. "And that's delighted me. That the woman goes back to work!" 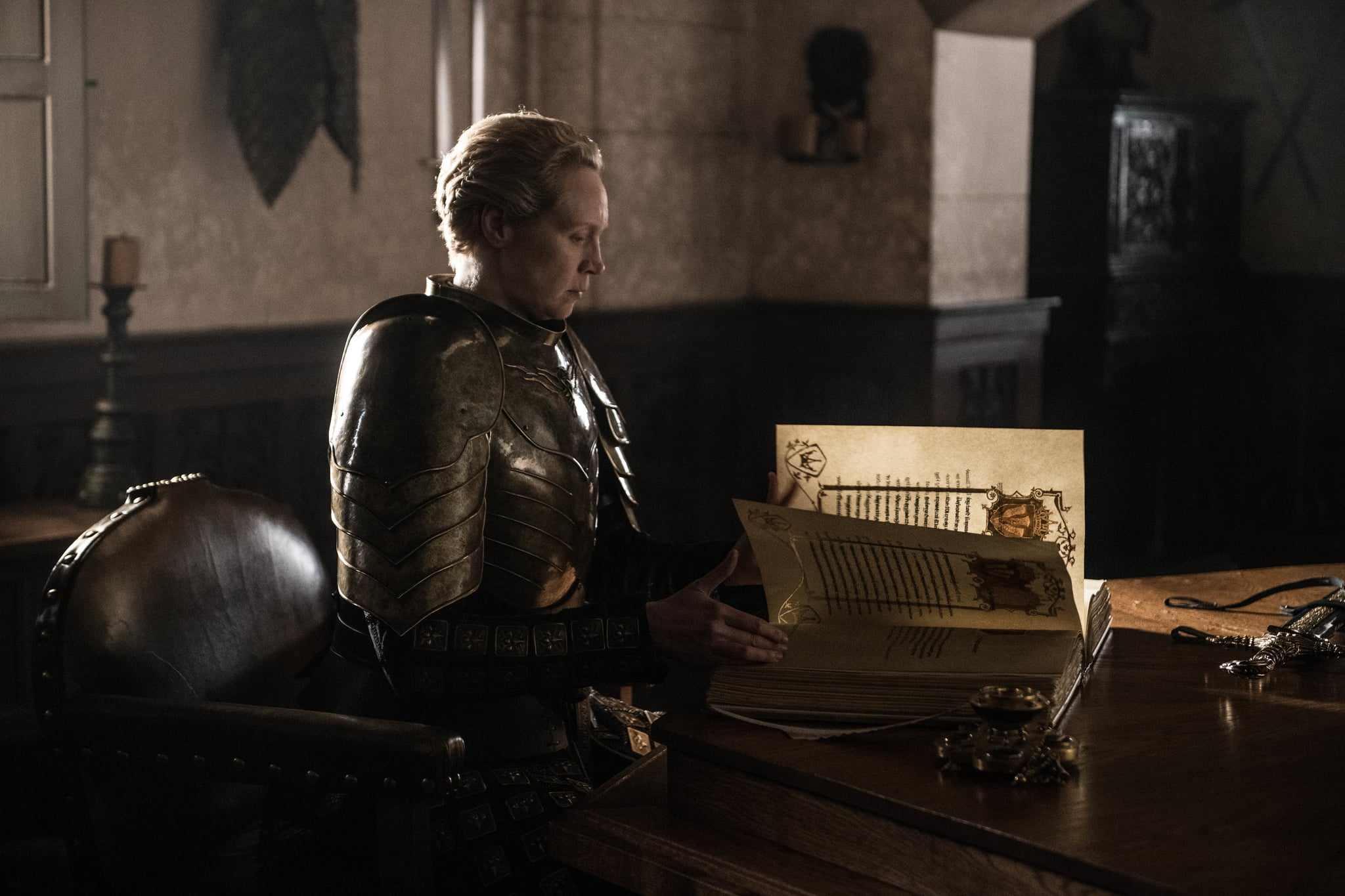 Christie recently made headlines when it was revealed that she submitted herself for an Emmy nomination and was among the several chosen for Game of Thrones's record-breaking 32 nominations.

"I just really wanted the possibility of the opportunity. I wanted the possibility of that opportunity because of everything I believe the character Brienne of Tarth represents: a woman outside of the patriarchy," she told People. "And also, I worked really hard. I don't think anyone on Earth thought it would happen. And it has and it's genuinely one of the best things that's happened to me in my life."