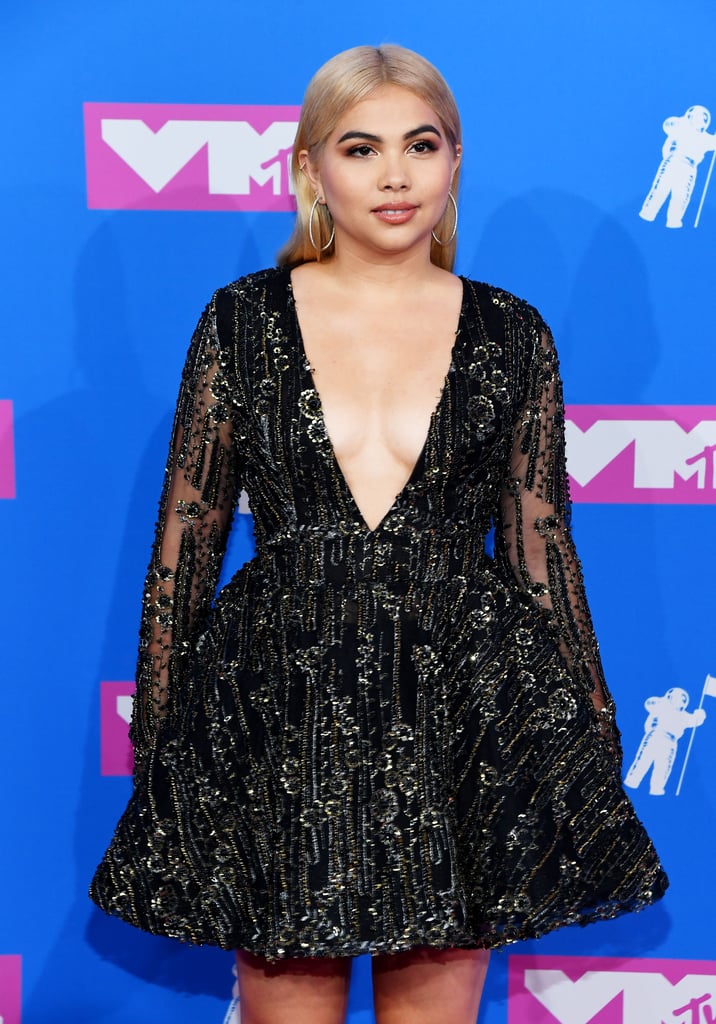 Insecure Fans, Prepare to Freak Out Over Why Hayley Kiyoko Looks So Familiar

As a best new artist nominee and the winner of the push artist award at the 2018 MTV VMAs, Hayley Kiyoko is a name that you should get used to hearing. Her fans refer to her as "Lesbian Jesus," and the 27-year-old singer is not only that but also so much more. After winning her first award during the VMAs, Kiyoko beamed with pride. "I'm so happy! You make me cry!" she told Terrence Jenkins at the show. "This validates any queer woman of colour that you can follow your dream, and I love my fans. My fans gave this to us! We did it, 20GayTeen! 2018!"

While Kiyoko's music career is skyrocketing this year, fans of HBO's Insecure might recognise her from a very memorable episode last season, more specifically, one very sexual scene. Let's take it back to episode four, titled "Hella LA," when Lawrence (Jay Ellis) is pulled over for making an illegal U-turn and ends up misplacing his credit card somewhere in the confines of his car. He stops by the grocery store to fuel up, but when he ends up at the register with no card in sight, the two women behind him in line offer to pay for his items. The women? Tru Collins and Kiyoko. They end up inviting Lawrence back to their apartment, where they have a threesome, which proves to be quite anticlimactic and they end up kicking him out for not being able to keep up with both women.

In addition to her appearance on Insecure, Kiyoko has blessed our screens as Stevie Nichols in Wizards of Waverly Place and Gabi in The Fosters. Read on to see memories from her time on Issa Rae's hit show, but prepare for it to bring back some very intimate memories from the second season.

Related:
Over 100 of the Hands-Down Hottest Moments From the MTV VMAs
Previous Next Start Slideshow
Hayley KiyokoInsecureCelebrity FactsTV
Around The Web