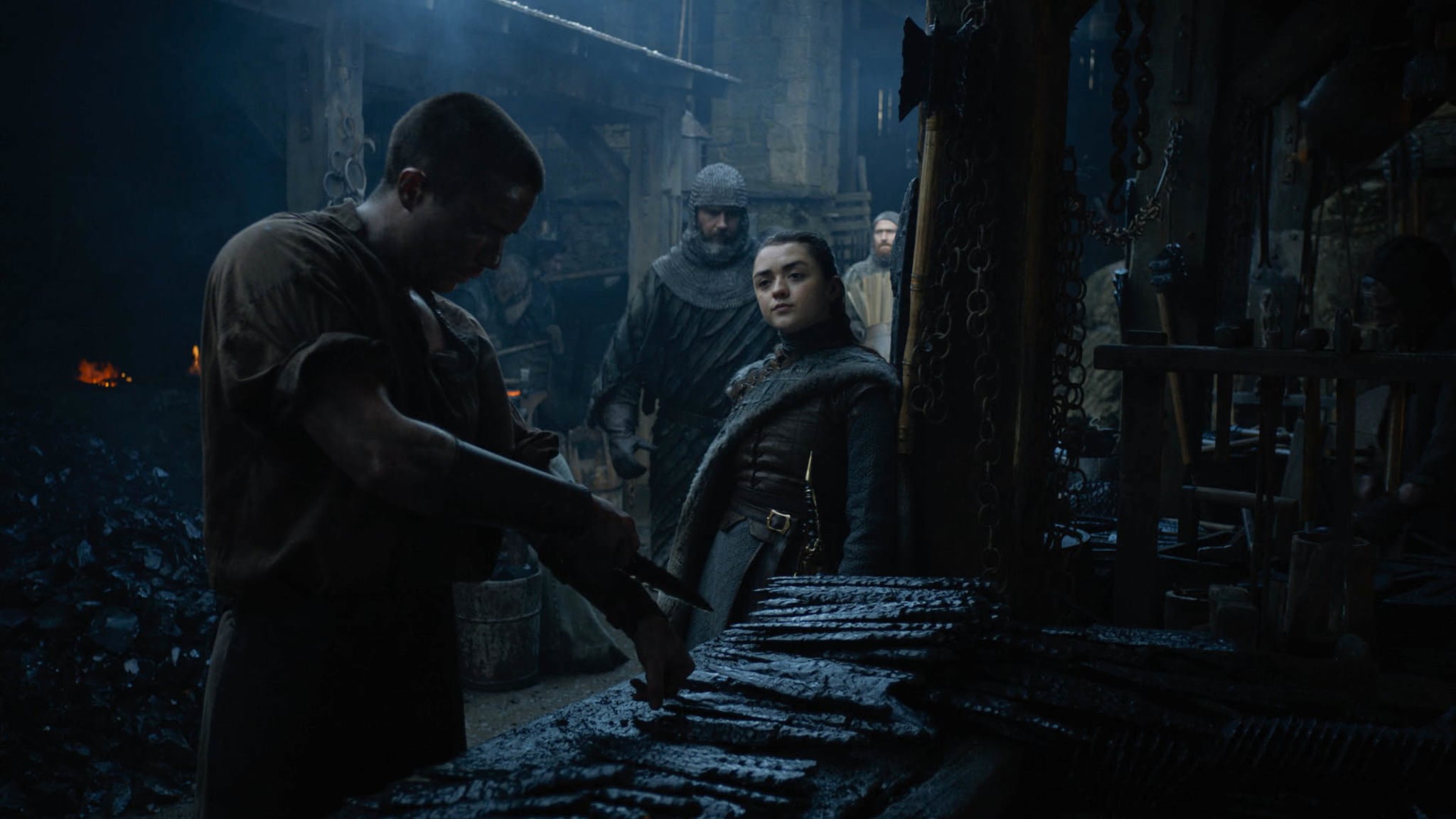 Arya Stark is all grown up. Over the course of eight seasons of Game of Thrones, the younger Stark daughter has gone from tomboy tween to teenage assassin to a savvy, tough young woman. She takes another big adult step in the second episode of the final season, when she sleeps with her old friend and crush Gendry on the eve of the battle against the White Walkers at Winterfell. During their love scene, Gendry's gaze — and the camera — focuses on the scars on Arya's torso. They're a sharp reminder of just how much she's been through over the years.

The most visible and largest scars on Arya's side and abdomen come from Arya's own near brush with death. Back in season six, Arya was in the midst of her Faceless Man storyline, training to be an assassin and learning to push every bit of her true identity away behind the guise of "No One." When she's assigned to murder Lady Crane, an actress whose rival has paid to assassinate her, Arya is reluctant to carry out the deed after realising Lady Crane is actually a decent person. 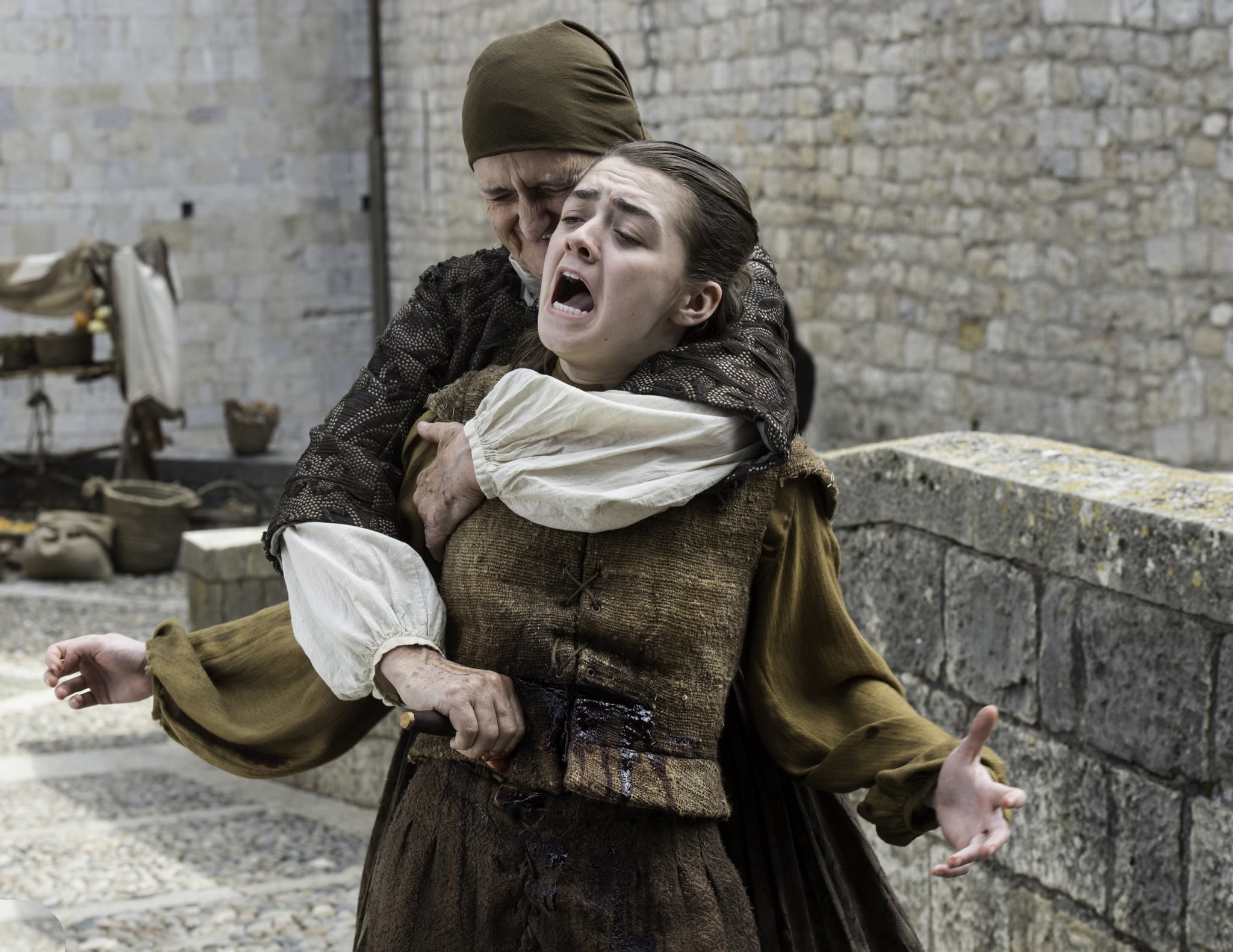 Arya's failure to carry out the task does not meet with approval from the other Faceless Men, and the Waif, another woman among the Faceless who dislikes Arya already, is sent to kill her. She stabs Arya, but Arya manages to escape; she would have bled out if Lady Crane had not found her and taken her in.

There is one small note to make about Arya's scars, though. In her fight with the Waif, Arya is stabbed directly in her stomach. When we see her upper body in her love scene with Gendry, the scars appear to be further off to the side. There's an old theory that Arya is actually the Waif in disguise and that the real Arya has been dead for years, and the changed scars would support that theory. In reality, though, it's more likely that it's just a continuity error, or a creative choice that the precise location mattered less than the symbolism of showing her scars in that scene.

British Celebrities
People Wear Real Clothes on The Cabins, but That's Not the Only Reason It's Better Than Love Island
by Navi Ahluwalia 13 hours ago

POPSUGAR Voices Team
Listen to the Synth-Filled, '80s Soundtrack For Channel 4's New Series It's A Sin
by Angela Law 20 hours ago