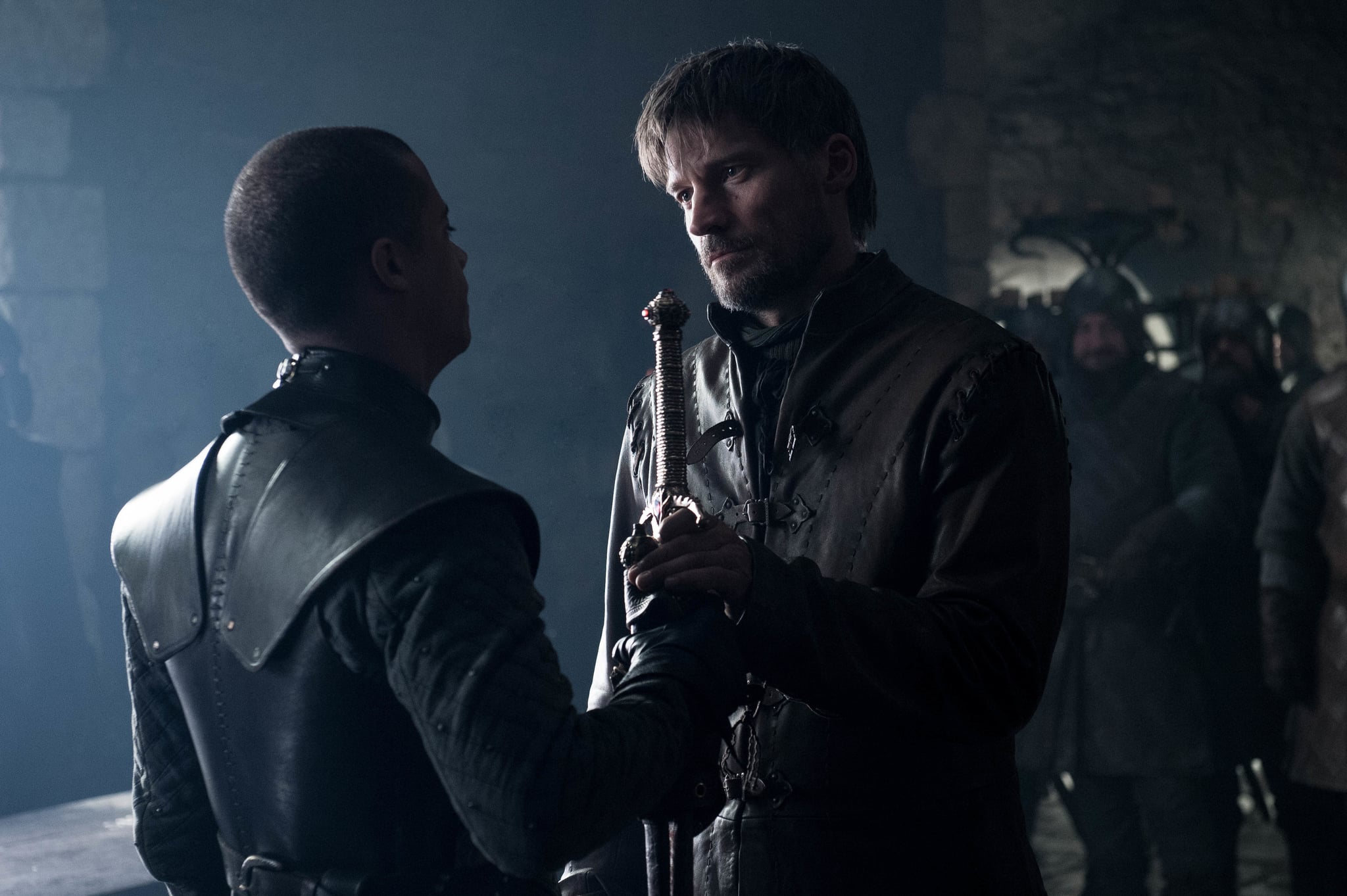 Jaime Lannister is ready to fight. As Game of Thrones reaches its final battles, the morally-ambiguous knight has arrived at Winterfell to join the Targaryen-Stark cause to fight against the coming onslaught of White Walkers. Although he earns a pardon after Brienne speaks for him and Jon notes that their cause needs every man they can get, Jaime has a slightly different fighting situation than most of his fellow fighters: he only has one hand. He's learned to adapt, but it's worth remembering just how the former elite knight ended up here.

Back in season three, Jaime travels with Brienne of Tarth after leaving the captivity of the Starks. Unfortunately for them, the duo is soon captured by a group of soldiers loyal to the cruel Boltons, who threaten violence to both of them. Jaime is able to stop the soldiers from sexually violating Brienne, but when he tries to use his name and status to get himself and Brienne freed, the soldiers' leader, Locke, is angry and chops off Jaime's sword hand.

When Jaime returns to King's Landing and is reunited with his sister Cersei, she has him fitted with a steel prosthetic hand dipped in gold, insisting that he begin learning to fight with his other hand now. Since then, he's developed his skills once more, but he's a very different man than when we first met him, both physically and mentally. Cutting off his hand — his sword hand, no less — shook his identity as a knight and soldier, which has forced him into more complex storylines. Now, he's maybe set to betray Cersei and fight alongside her enemies in the coming battle — fighting on the opposite side with the opposite hand.

British Celebrities
It's a Sin: What Happens to All the Characters in the End of Channel 4's Drama
by Navi Ahluwalia 7 hours ago