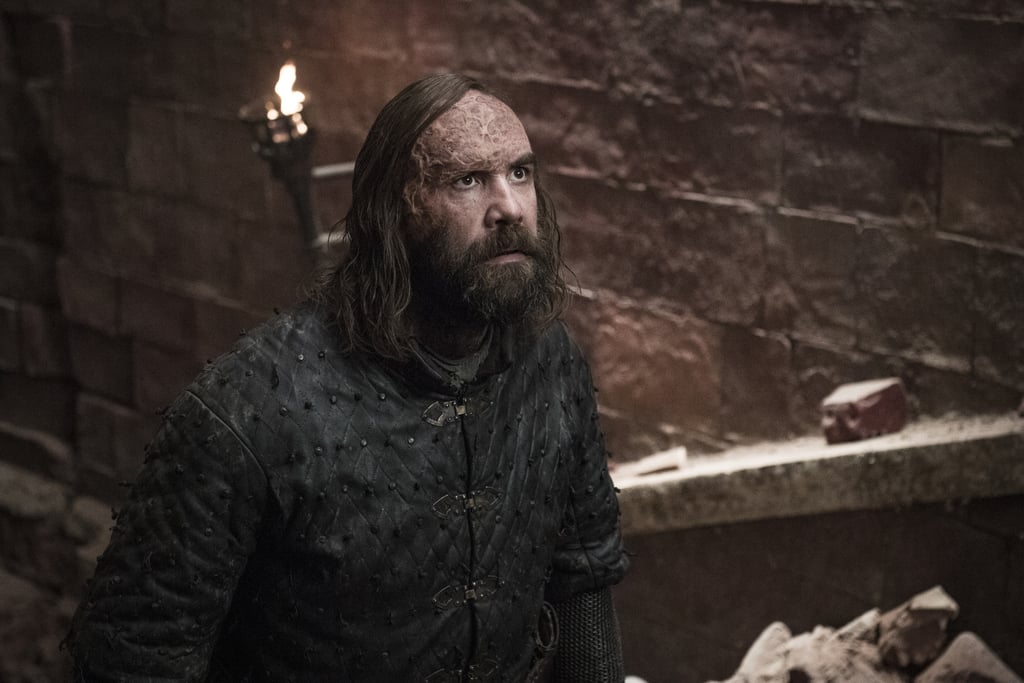 Game of Thrones: The Hound's Fatal Showdown With His Brother Was Exactly What We Wanted

xWarning: Spoilers of epic proportions for Game of Thrones below!

Sunday night's episode of Game of Thrones finally delivered the battle that viewers have been waiting for since the show first debuted: Cleganebowl. The highly anticipated showdown between Sandor "the Hound" Clegane and his brother, Gregor "the Mountain" Clegane, takes place in the midst of all the chaos that goes down in season eight's penultimate episode, and the result has left many fans pouring one out for a beloved character.

After making it to King's Landing with Arya, the Hound has a heart to heart with the young assassin in which he tells her that crossing Cersei's name off her list isn't worth dying over herself. After all, at that point, the Red Keep is crumbling around them, thanks to Dany's fiery onslaught, and the Hound knows he's not making it out of the building alive. Arya turns back the way they came (after saying a heartfelt "thank you"), and the warrior continues up the stairs to meet his fate.

Related:
Game of Thrones: A Reminder of Who Arya Has Killed From Her List and Who's Still Left

He finally comes face to face with his older brother as the Mountain is escorting Cersei safely down the stairs out of the Red Keep while Daenerys continues to burn down the entire city. Even though Cersei commands the Mountain to stay by her side, he ditches her (after killing Qyburn, LOL) to duke it out with his brother right there on the steps as the entire building crumbles around them. After a bit of some pretty gruesome violence in the form of the Hound stabbing the Mountain in his chest, neck, and eye — and the Mountain then squeezing Sandor's brain and eyes — Sandor realises that there's only one way to truly eliminate his brother. For good.

The scene ends with the Hound throwing himself and his brother off of a ledge of the Keep and into the rageing fire of the burning city down below that presumably kills both of them. It's a full-circle moment for the Hound in particular, considering that his fear of fire and hatred for his brother are intertwined (as a reminder, his brother held his face in a fire pit as children, resulting in his severe facial burns).

So, yes, the Hound essentially does end up winning Cleganebowl, as many fans hoped, though his victory obviously comes at a cost. Naturally, viewers of the show have a few thoughts. Read ahead to see what fans had to say about Cleganebowl and the Hound's surprise death.