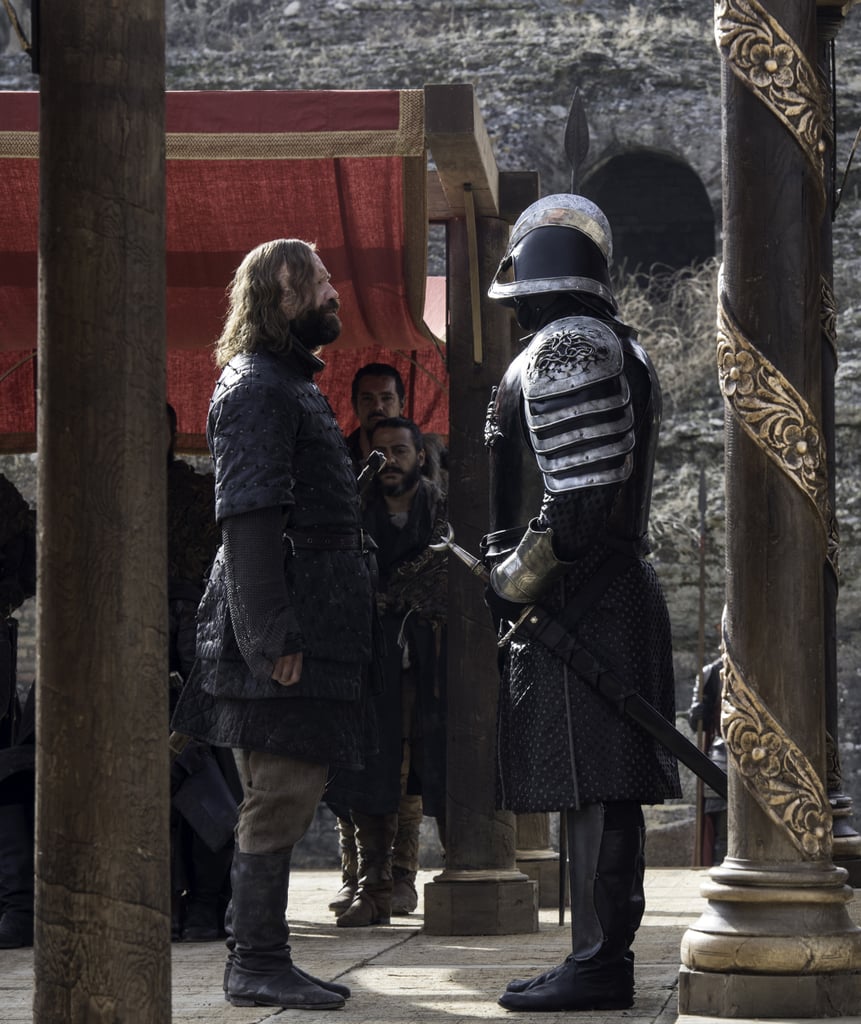 Game of Thrones: 5 Fighters Who Could Put an End to the Mountain

Over the course of eight seasons, Game of Thrones has given us a number of shocking deaths, from Joffrey Baratheon succumbing to a cup of poisonous wine to Ramsay Bolton becoming a feast for hounds. Yet, the one well-deserved downfall that's eluded us all these years is the demise of Gregor "the Mountain" Clegane. Since his death and resurrection in season four, we've come to think of him as nothing but a monstrous henchman for Cersei Lannister. However, his history as a loyalist to Tywin Lannister and his role as the murderer of Prince Rhaegar Targaryen's children makes him one of the vilest villains in the realm and underscores the cruelty of Robert's Rebellion and the War of the Five Kings.

For those reasons, we have no doubt that Gregor's past will come back to haunt him in the worst way imaginable. In fact, as the Seven Kingdoms prepare for the Last War, Ayra Stark and Gregor's brother, Sandor Clegane, are on the road to King's Landing with revenge on their minds. Both of them have the skills to take down the Mountain, but if you're wondering who else could put an end to the man known for crushing heads and slicing his victims in half, consider our list of Westerosi warriors.