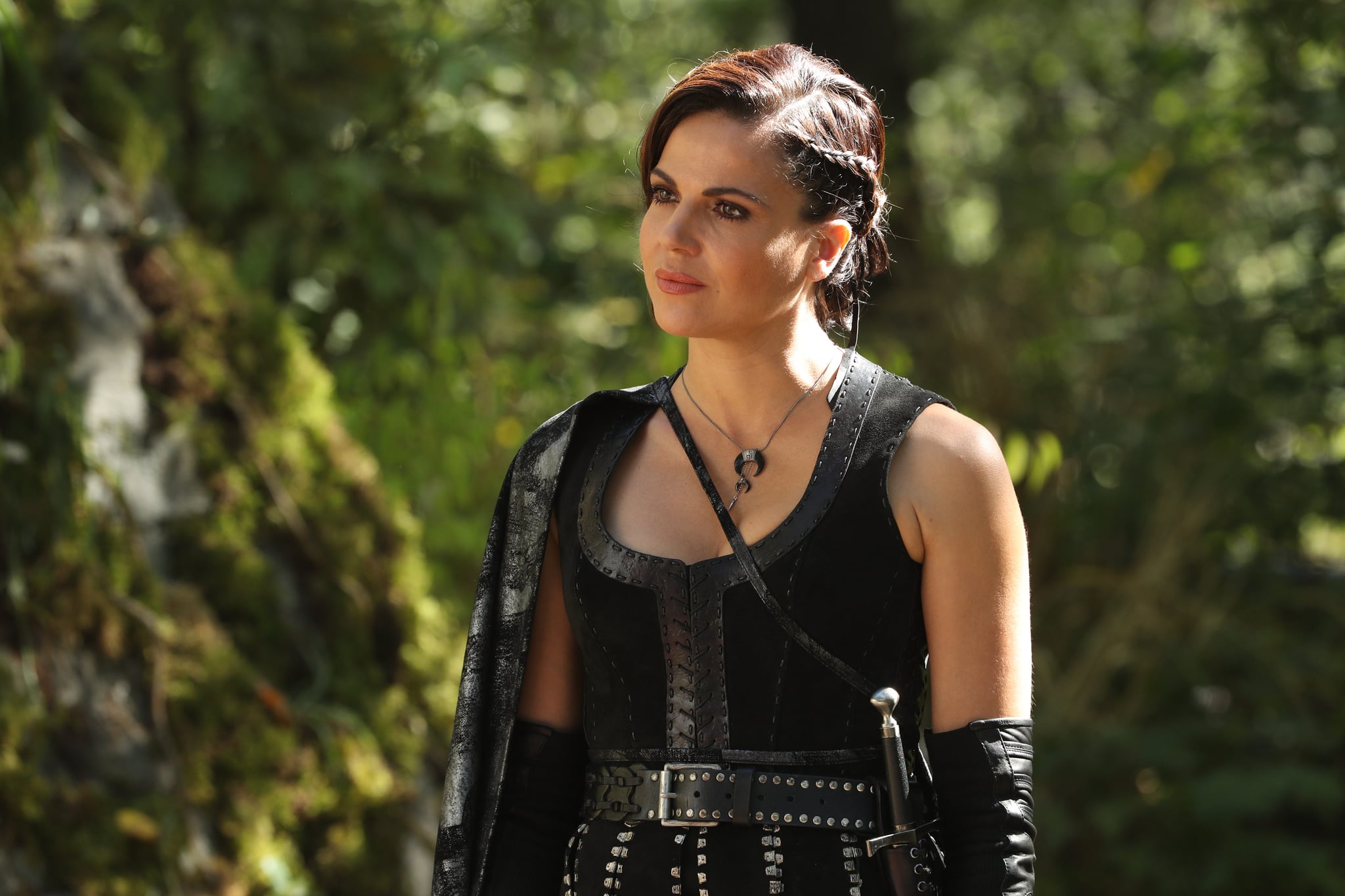 Once Upon a Time is officially coming to an end, which means we'll have to say goodbye to our favourite storybook characters very soon. While some are granted a "happily ever after" at the end of season six, there are a few fates that have yet to be decided, namely Regina's. Even though she finally gets respect from her peers as their "queen" in the season six finale, her story still doesn't feel resolved. But honestly, if anyone deserves a happy ending, it's her.

Over the past few seasons, we have watched as Regina faces heartbreak after heartbreak. Her first love dies, her father dies, her mother dies, and when she finally finds happiness with Robin Hood, he dies, too. Even though the show has made it abundantly clear that villains don't get happy endings, this rule shouldn't apply to Regina anymore. She may have started the story as the Evil Queen, but she has since turned a new leaf and become a hero. She's constantly putting her life in danger for the ones she loves, which could be a major clue for how her story will play out in the final season.

Related:
15 Reasons Regina Mills Is the Best Once Upon a Time Character

As season six has progressed, we have learned that adult Henry is in grave danger. After getting his heart poisoned by Drizella, Regina is forced to cast the dark curse to send them to a land without magic so that he can live, which is perhaps one of the biggest (and most heartbreaking) twists of all. Under the curse, Henry thinks his family is dead, but if the curse is broken, he will ultimately die. We know that Regina would do anything for her son, but is she willing to give up her life for him? It certainly seems like it.

After Lady Tremaine takes Drizella's place during the resurrection spell, fans couldn't help but feel like the show was foreshadowing Regina's fate. In order to give Henry a happy ending with his wife and daughter, perhaps Regina will make the ultimate sacrifice and trade her life for her son's. Show creators Adam Horowitz and Edward Kitsis did say the series finale wouldn't tie everything into a nice little bow. Not only would Regina's death be incredibly bittersweet, but it would also explain how Robin Hood (played by Sean Maguire) is coming back for the finale.

Since Robin is killed with the Olympian crystal in season five, it is assumed that he never has an afterlife, but what if that wasn't entirely true? After Robin's untimely death, Regina is in a dark place, but she refuses to give up hope. As she tells Snow White that she believes Robin is at peace, the feather from his bow and arrow is shown floating in the background as a confirmation that he has moved on. Maybe after Regina's death, she is also able to find peace and ultimately reunite with her true love. It wouldn't be the happy ending we expected, but it would still be the perfect end to her epic story.

Image Source: ABC
TheoriesOnce Upon A TimeTV
Around The Web

Netflix
Ginny & Georgia Season 2 Isn't Official Yet, but It Seems Like a Pretty Safe Bet
by Amanda Prahl 21 hours ago