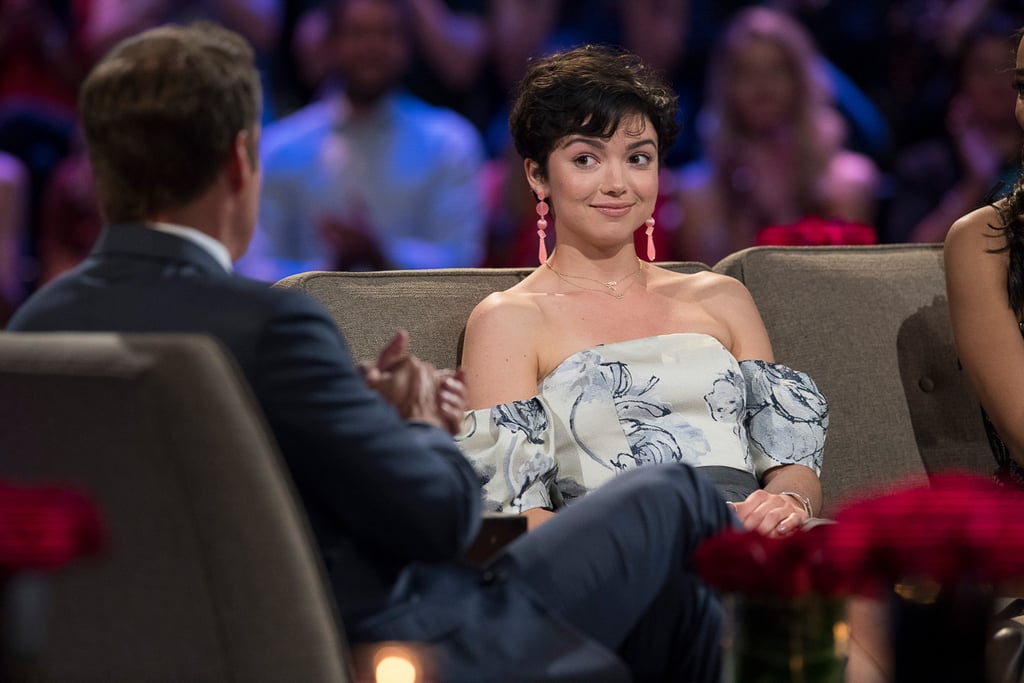 Bekah Martinez sure as hell isn't afraid to tell it like it is. The former Bachelor contestant may have been criticized throughout this season of the ABC series due to her young age — she's 22, in case you missed it — but she gave a hypothetical middle finger to her haters when she unleashed some seriously mature words of wisdom during the disastrous finale.

When Bekah made a appearance alongside fellow contestant Seinne Fleming during the live finale special, host Chris Harrison asked how she felt about Arie telling both women that he "loves" them. And that's when Bekah dropped the most mic-drop-worthy answer ever. "I believe Arie when he says he's falling in love with both women, and I think that's something that's totally possible," she began. "However, if he's this conflicted at this point, I think going forward with a proposal is absolutely the wrong thing to do."

Much like finalist Lauren Burnham during a majority of her conversations with Arie, all I have to say is "wow." It took the youngest contestant of the season to vocalize what Arie's family was apparently too scared to say and what Arie himself was likely too afraid to admit to himself in the heat of the moment. But alas, rather than taking a step back and reflecting on his own readiness for marriage, Arie moved forward with forcing a proposal on one woman, and then proceeded to publicly humiliate her in a cringe-worthy televised breakup. Sheesh. Arie really should've taken a page out of former Bachelorette contestant Peter Kraus's book and had the maturity to realise he wasn't ready to make the decision on his future wife yet, just like Peter did with Rachel Lindsay.

As soon as Bekah M. uttered her words of wisdom during the live finale, the crowd burst into a well-deserved round of applause, and Twitter also showed some love for her refreshing honesty.