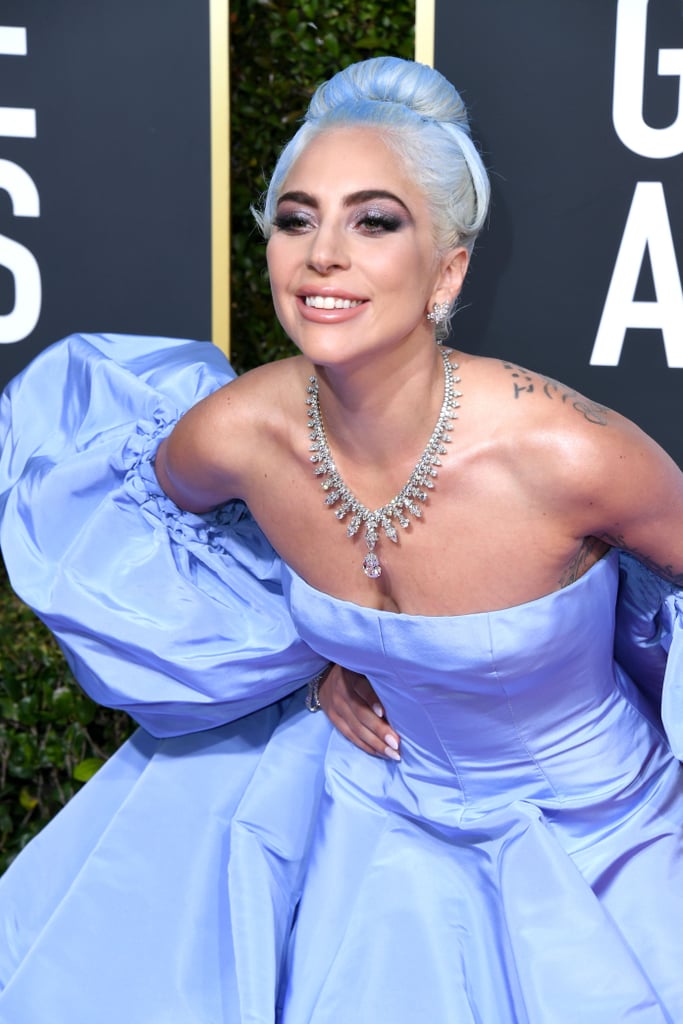 And now . . . presenting three-time Oscar nominee Lady Gaga! Nominations were just announced for the 91st Academy Awards on Feb. 24, and as anticipated, Gaga earned nominations in the best actress and best original song categories for A Star Is Born. The singer and actress was previously nominated for best original song for "Til It Happens to You," from 2015's The Hunting Ground.

Gaga has a strong chance of winning in at least one category, too. She's already won a Golden Globe and a Critics' Choice Award for best song, and she tied with Glenn Close for best actress at the Critics' Choice. Gaga is also up for awards at the Screen Actors Guild Awards and the Grammy Awards, which will take place in the coming weeks.

While nominations proved to be triumphant for the leading lady, fans were disappointed that Bradley Cooper wasn't nominated for best director, although he was nominated for best actor and best adapted screenplay. The surprising snub, however, can't and won't outweigh the film's undeniable impact.

Related:
Unsurprisingly, There Are a Lot of Mixed Reactions to This Year's Oscar Nominations
Previous Next Start Slideshow
Award SeasonTwitter ReactionsA Star Is BornOscarsLady GaGa