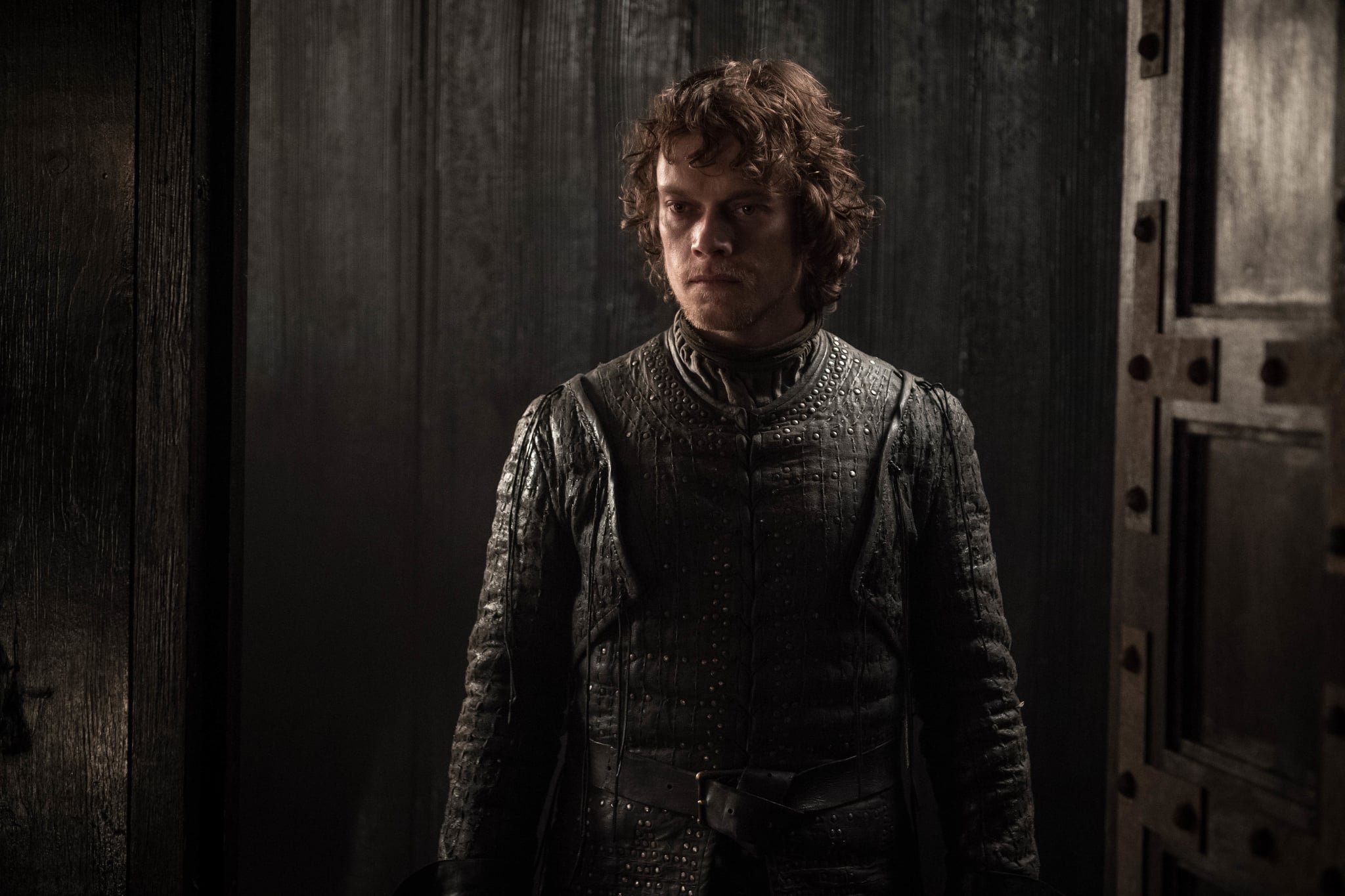 As many of us saw during Sunday night's episode of Game of Thrones, Theon Greyjoy has finally made it back to Winterfell, but this time, he's on a different kind of mission. He's returned to fight alongside the Starks in the battle between the North and the White Walker army, and during the last half of the hour he vows to protect Bran should the Night King come for him. His decision to return to Winterfell and commit himself to keeping Bran safe is a pretty bold move, but it makes a lot of sense when you consider his relationship with the Starks in past seasons.

If you can recall, we learn in season one that Theon is a member of House Greyjoy, and the heir of Lord Balon Greyjoy of the Iron Islands. He was taken by Ned at a young age, and is being held as a ward by the Starks as a way to punish Balon for rebelling against Robert Baratheon when he was king. Though his situation isn't exactly ideal, Theon views the Starks as his second family, and he stays loyal to them up until he returns to the Iron Islands in season two when he's persuaded by Balon to seize Winterfell while the North is at war with the Lannisters. In doing this, Theon "kills" Bran and his brother, Rickon, before eventually being captured by Ramsay Bolton, who tortures and castrates him and subsequently holds him hostage under the name "Reek."

Related:
Game of Thrones: The Heartbreaking Reason Sansa Is So Happy to See Theon Again

While Theon is living as Ramsay's slave in Winterfell, Bran and Rickon are forced to flee from their home (it's revealed later on that Theon didn't actually kill them), resulting in Bran eventually fulfilling his destiny living as the Three-Eyed Raven and Rickon later being captured by Ramsay and killed during the Battle of the Bastards. To make a long story short, Theon's betrayal was essentially a catalyst for the awfully dark paths that a handful of the Stark children were forced to go down. His turning over a new leaf and pledging to fight for the Starks is his attempt at righting his wrongs and atoning for the choices he made in earlier seasons.

Theon's redemption hasn't come full circle just yet, and there's a very good chance that he could die in battle, but we'll have to wait until the next episode to see if he's able to keep the promise he made to Bran and the rest of the Starks.