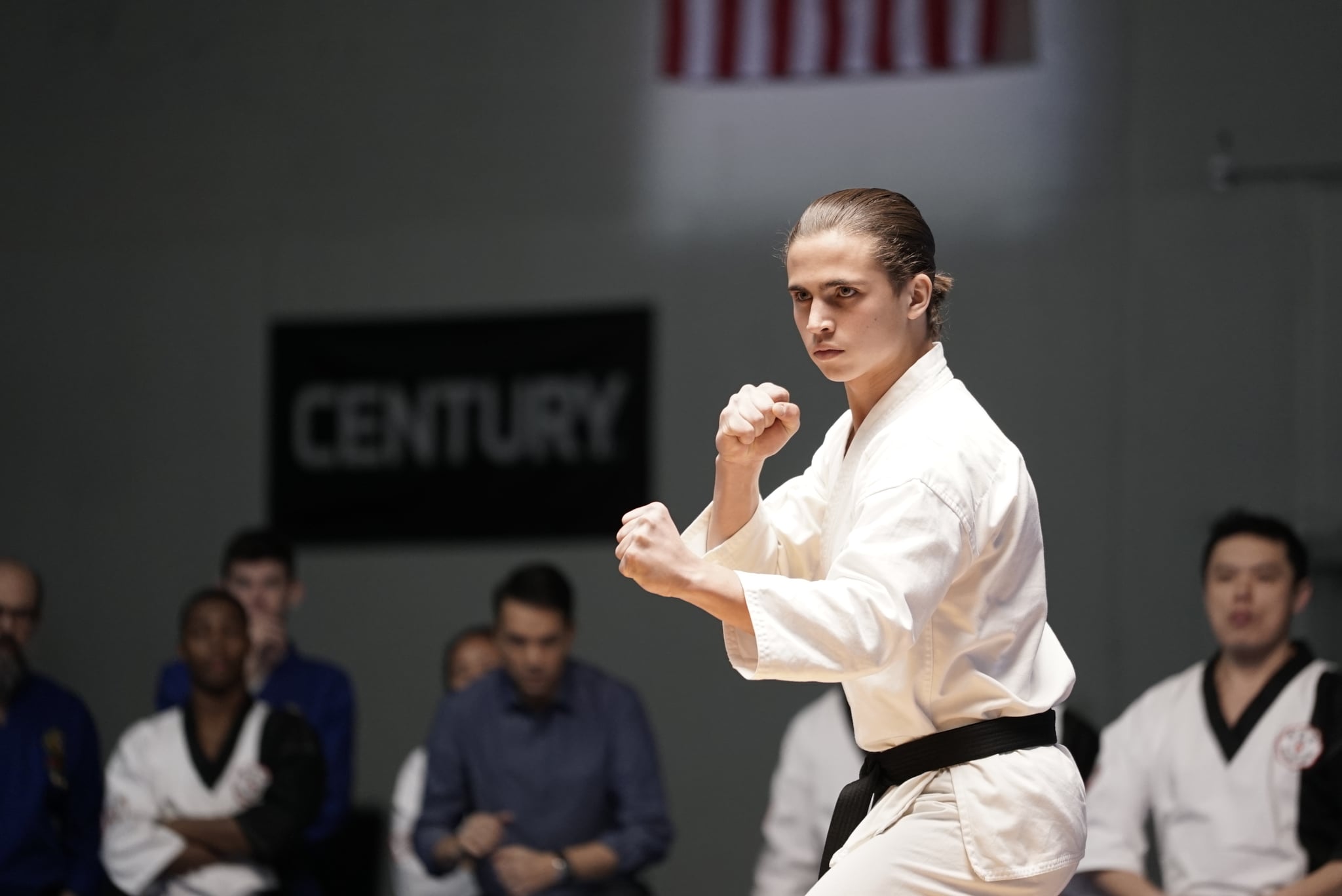 Get ready for even more Cobra Kai in the near future! On Friday, Netflix announced that the hit series, based on the Karate Kid film franchise, has been renewed for season five. That's right, in addition to season four — which is slated to release in December — we have another season to look forward to. Filming for the show's fifth season is expected to start production in Atlanta this fall.

The show — which stars Ralph Macchio, William Zabka, Xolo Maridueña, Tanner Buchanan, and more — has become a huge hit over the past few seasons, so it's no wonder Netflix is giving it an early renewal. Most recently, the show earned four Emmy nominations, including outstanding comedy series. However, the quick renewal does make us wonder if season four will end on a super-dramatic cliffhanger. After all, the show is known for its shocking moments. While season two ended with Miguel's future uncertain, the third season ended with former rivals Daniel LaRusso and Johnny Lawrence teaming up. We guess we'll have to wait and see.

Fashion Collections
Exclusive: Here's the Underwear You're About to See on Rihanna's Savage x Fenty Runway
by Sarah Wasilak 21 hours ago