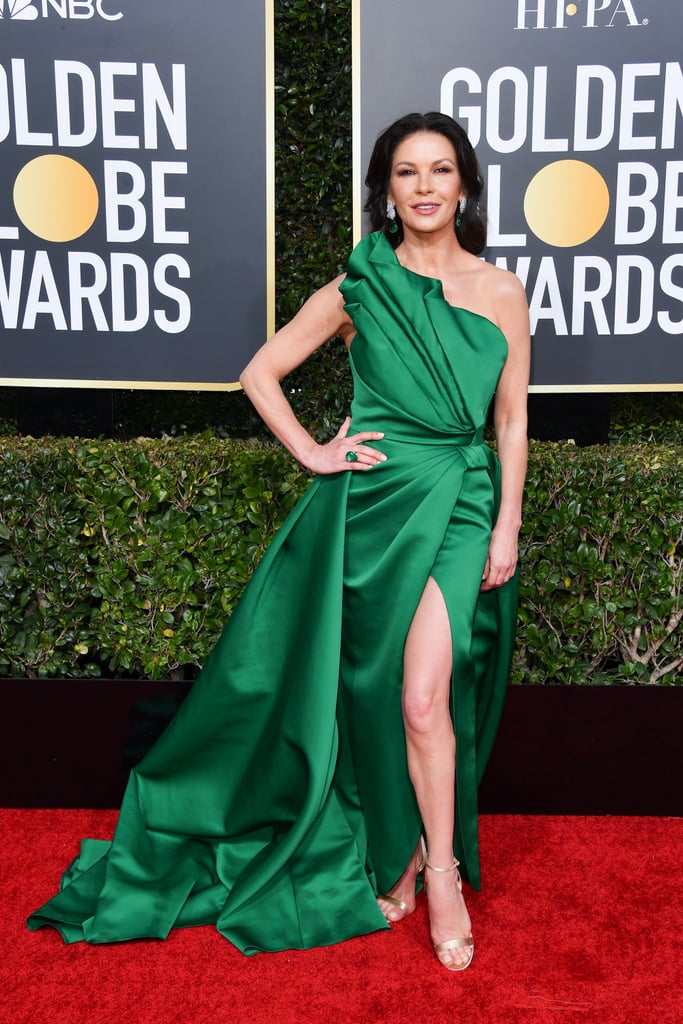 Catherine Zeta-Jones at the Golden Globe Awards in 2019.

Catherine Zeta-Jones has come a long way from The Darling Buds of May, but her red carpet style has always been evident. She's never met a strapless gown that she doesn't love, and she's never afraid to sport a sexy split or a plunging neckline. Starting out on stage and screen in the UK, the Welsh starlet made the move to Hollywood over 20 years ago after landing a starring role in The Mask of Zorro, and she's never looked back. Catherine quickly became a fixture on the red carpet, making her first appearance at the Oscars the following year in a gown that's gone down in Oscar fashion history. Since then, she's picked up numerous awards (making a dent in that EGOT list with an Oscar and an Emmy), married a fellow movie star, and given birth to two children (Dylan, 19, and Carys, 16). Though she's never been too far from the public eye, Catherine has taken a few breaks over the years, but recently she's been back on the red carpet looking more glamorous than ever, proviing she can still rock a sexy gown like nobody else. Don't believe us? Take a look back at over 40 of her most memorable red carpet looks.