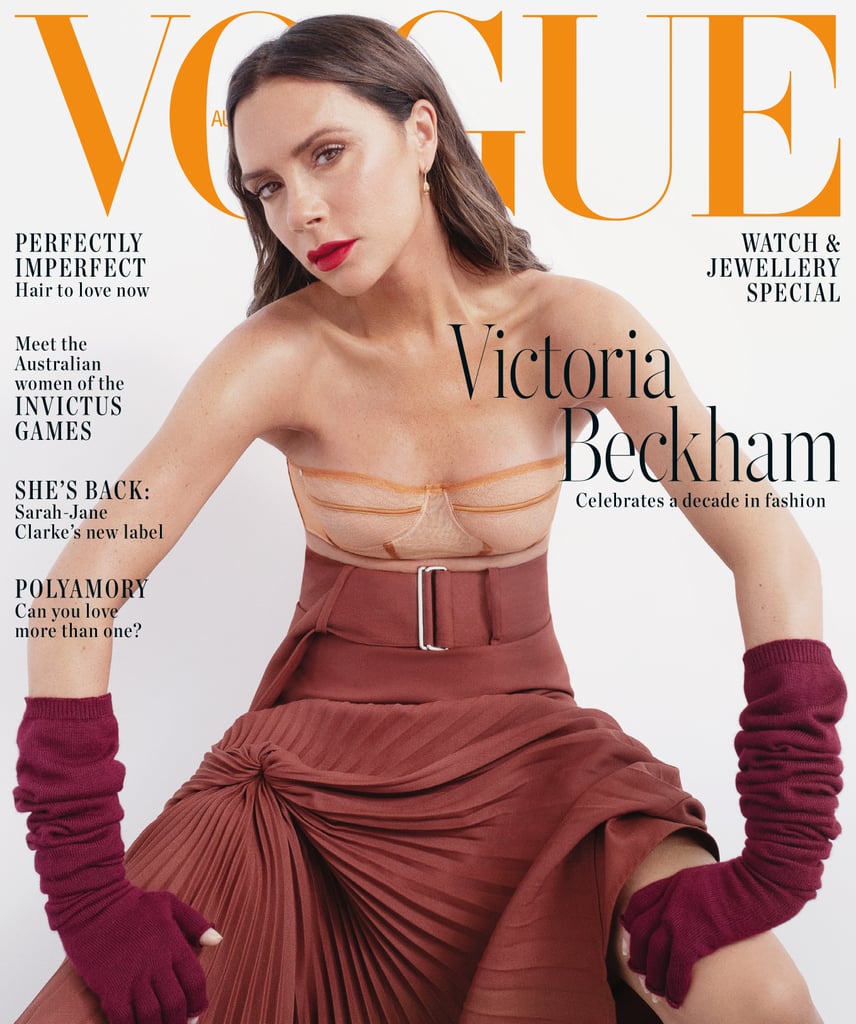 As if four children don't keep her busy enough, Victoria Beckham's "fifth child" is her growing fashion label. "What I've accomplished within 10 years is far more than I could have dreamed," the designer told Vogue Australia for the magazine's November 2018 issue. She added, "I live and breathe this brand seven days a week: I never switch off, I never go on holiday and turn my phone or email off."

Since launching her eponymous brand in 2008, Victoria's focus has shifted away from herself and onto her customer. A prime example is one of her early designs, which she unofficially referred to as the "sucky-sucky dress" because of its slimming effect. In retrospect, Victoria said the dress was likely influenced by the pressures surrounding her public life. "When I used to go out, it was: 'Watch what I eat for lunch, because I've got a tight dress and I need a flat tummy,'" she said. "I mean, who can be bothered with that now? I'm too busy. I'm older and things like that don't matter to me."

Though she's also known as Posh Spice in the beloved Spice Girls, Victoria said she always dreamed of working in fashion. "I knew as a woman what I wanted . . . what I really, really wanted," she said, referencing the girl group's "Wannabe." "I always wanted to do fashion, so I was lucky that music was never my main passion. For the other girls it was . . . Even when I was in the group, on tour, I was always more interested in not just the costumes but the lighting and the set design. It was never just about getting on stage and dancing around."

Someone who is also quite taken with the Spice Girls' costumes is Victoria's 7-year-old daughter, Harper. "While we were on holiday, Spice World was on heavy rotation on the iPad," she said. "When I filmed that, they made me wear a little army dress instead of the combat pants everyone else was wearing and I was really upset at the time because my weight throughout the Spice Girls went up-down-up-down and I really didn't want to wear a tight little camouflage dress. But now Harper looks at it and she finds it really hilarious. 'Mummy, why are you wearing that mini-dress?' You have a whole other appreciation for that movie when you watch it years later."