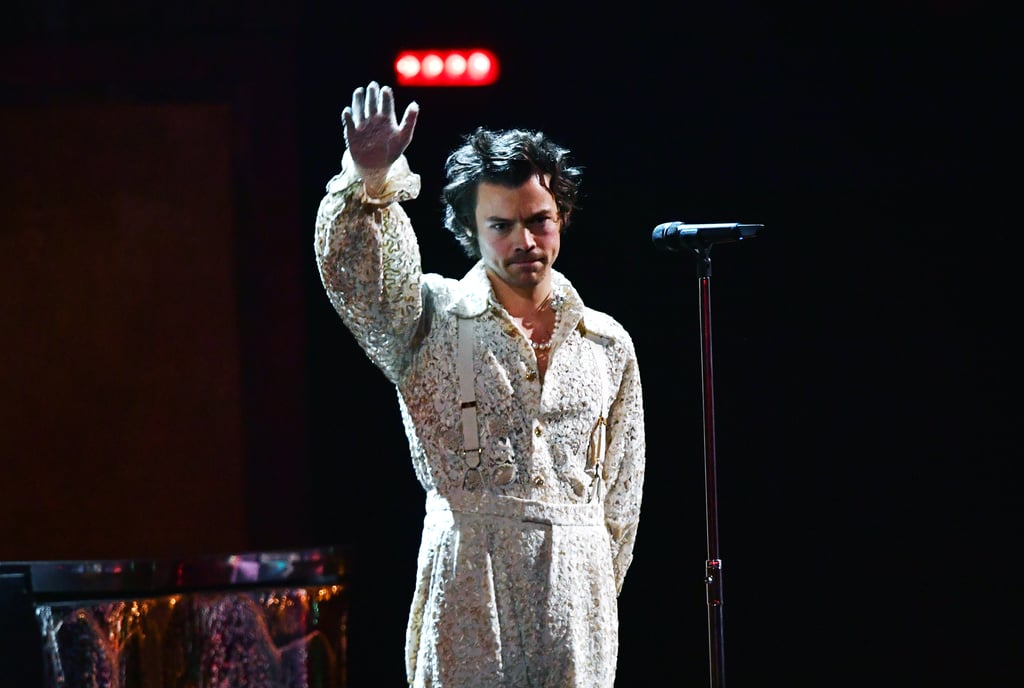 Harry Styles broke hearts everywhere when he performed his latest hit, "Falling," at the 2020 BRIT Awards in London on Tuesday night. But as per usual, we're just as obsessed with his outfit as we are his voice. Wearing a lace Gucci jumpsuit, complete with gold accents, lace gloves, and suspenders, he finished the look with a pearl necklace and bare feet.

The musician also donned Gucci on the red carpet earlier in the night in a brown suit that featured a subtle tribute to his good friend Caroline Flack. After his performance, Harry changed into a bright yellow three-piece suit by Marc Jacobs, complete with a lilac bow.

"Tailoring has been an important part of Harry's wardrobe for some time now," Harry's longtime stylist, Harry Lambert, said in an interview with British Vogue. "We've never been afraid to experiment with silhouette, and tonight is no exception," he added, going on to describe the overall vibe of the singer's three BRIT Awards outfits as granny chic with a touch of Diana, Princess of Wales.

Harry was nominated for two awards at this year's BRIT Awards: best male solo artist, which he lost out to Stormzy, and Mastercard album of the year.