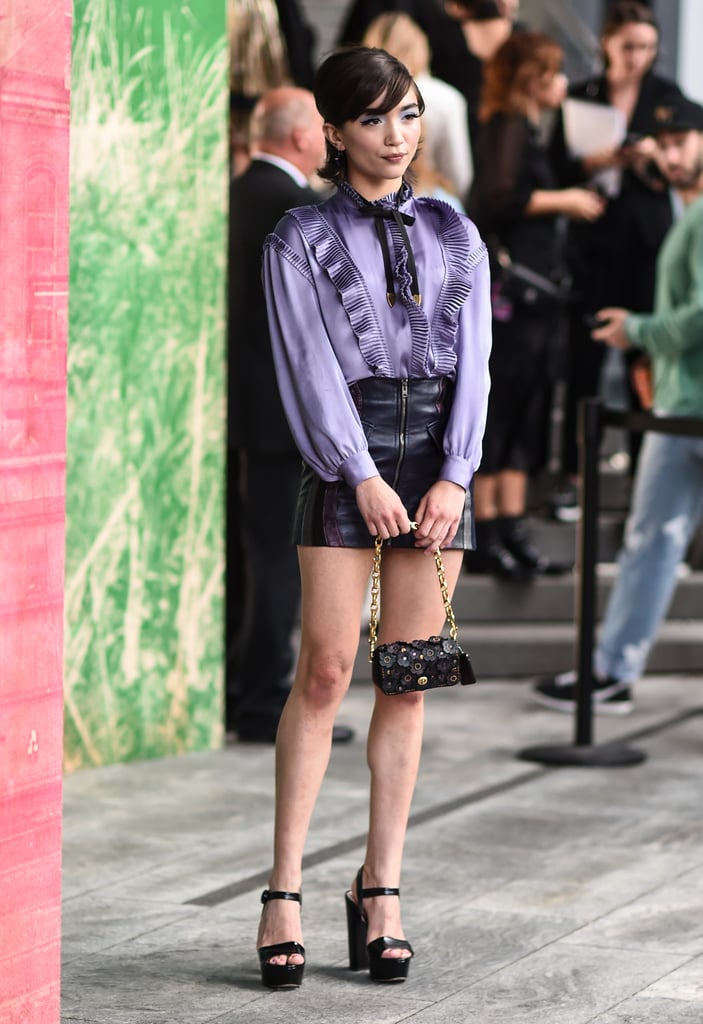 You might know Rowan Blanchard from Disney Channel's Girl Meets World or 2018's A Wrinkle in Time, but lately, it's her impressive personal style that's got us keeping a close watch.

Blanchard's style really started taking off in Summer 2018. After making her industry debut by opening for Miu Miu's 2019 resort show, the then-16-year-old became an instant fashion darling. Since then, we've been watching her make bolder, more creative outfit choices, which tell us she's coming into her own as an artist and as a young woman.

Her next move towards being a style star was doing a big chop for the new year. Blanchard decided to leave her bob in 2018 and try out a sexy, sophisticated pixie cut for 2019. Of course, it looks incredible on her. Her new hairstyle definitely came with a new confidence, and you can see it all over her Instagram feed. The looks, the poses, and even the facial expressions have been getting stronger and more eclectic throughout the Summer.

While we adore Blanchard's sexy, confident personal style, it's also her values and friendships that make her our current girl crush. Blanchard is actively helping to normalise images of women's body hair in the media. She's also super close mates with fellow cool girls Amandla Stenberg and Euphoria's Barbie Ferreira. Keep reading for 13 of Blanchard's strongest style moments, so far.