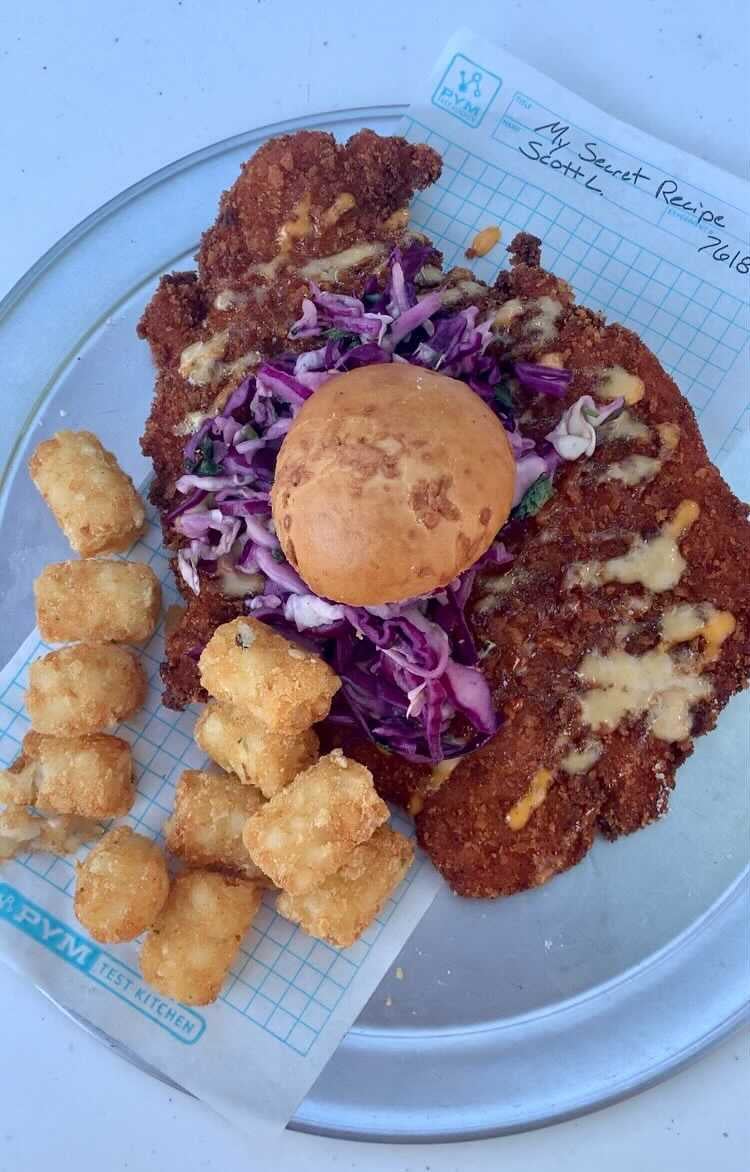 Disneyland has entered the chicken sandwich chat. With the opening of Avengers Campus, Disney California Adventure's newest land, the Happiest Place on Earth has now thrown its Mickey ears into the "Who has the best chicken sandwich?" debate with the Not So Little Chicken Sandwich at Pym Test Kitchen. So, of course, I had to try it during my recent visit to Avengers Campus and, let me tell you, even Thor would say it's a worthy contender! Here's what I thought.

What's in the Not So Little Chicken Sandwich?

This savory sandwich, which costs $15, includes teriyaki and red chili sauces, pickled cabbage slaw, and a big ol' slab of fried chicken breast on a little brioche bun. It's served with crispy tater tots on the side, which is a nice touch and makes it even more worth the price. If you're not into spicy foods, don't let the red chili sauce scare you away! As someone who needs to call the fire department anytime she whiffs a jalapeño, this sauce was mild and delicious. 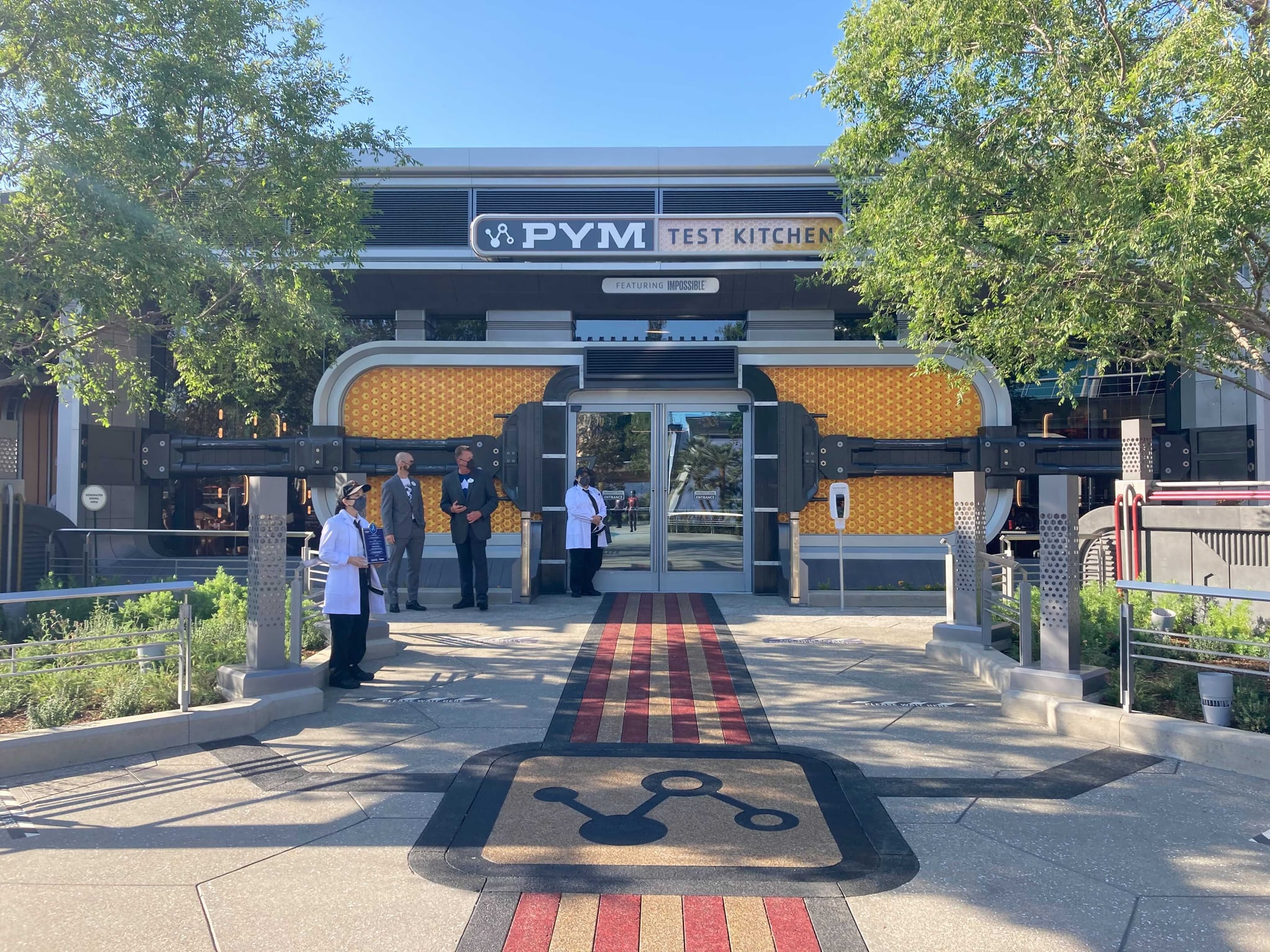 Just as Ant-Man and The Wasp use pym particles to grow and shrink pretty much anything they can get their hands on, so do the food scientists at Pym Test Kitchen! OK, so they aren't actually growing or shrinking anything, but the menu was conceived to play with unique dimensions as if Disney's culinary team was up to the same antics in the kitchen as your favourite MCU characters, and then produced some rather amusing and tasty results because of it.

Related:
The Animatronic Spider-Man at Disneyland's New Avengers Campus Is Just So Wild to Watch

How Do You Eat It?

This isn't exactly a pick-it-up-and-eat-it sandwich, so make sure you grab a fork and a knife before you sit down to enjoy it. The further toward the brioche bun you get, the more likely you will be able to pick it up from there. Until then, carve away! I would even recommend splitting it with a fellow Avenger, depending on how hungry you are.

Is It Worth Ordering?

The Not So Little Chicken Sandwich was my favourite food I tried at Avengers Campus (and there's a lot of good food). The crispy chicken is so juicy, and the pickle cabbage slaw and teriyaki and red chili sauce adds so much flavour. This will become my go-to meal when I'm feeling hungry after heroically saving the world on Web Slingers: A Spider-Man Adventure — sorry, shawarma.

Hello, we would like 5 more Not So Little Chicken Sandwiches, thanks. 😋 @disneyparks #disneyland #avengerscampus #heroesassemble

♬ Swear By It - Clutch