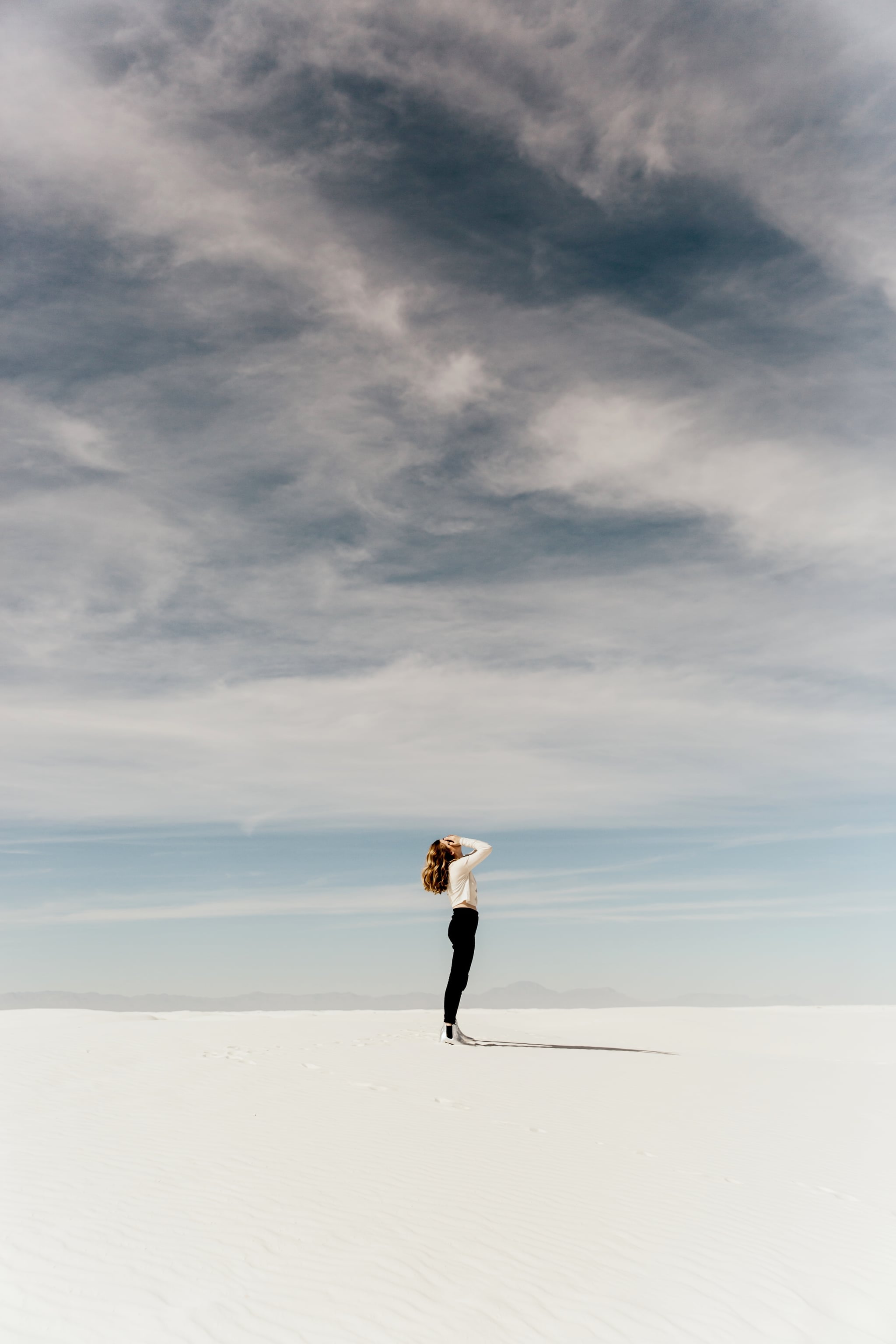 I have had nine relationships in my life. Three were what other people would define as meaningful, one was a secret, two were glorified acquittances, one was abusive, and I broke the hearts of two (my heart didn't mind).

I suppose if I think back to the end of 2018, it was Georgia O'Keeffe who guided me into a detox of sorts. I don't usually like to initiate any sort of big change in my life or way of thinking through quotes — of the inspirational kind or the cliché, two of which usually going hand in hand — because I'm not really a "live, laugh, love" type of person. Just like in my relationships, I don't latch onto sentiments that feel impersonal. So when I read O'Keeffe's Art and Letters and found myself rereading the same line over and over again, "I have done nothing all Summer but wait for myself to be myself again," I instinctually knew something had to change. For so long I was waiting to feel like myself with men who tried to change me that I became someone I didn't know or recognise. So, I vowed that 2019 would be a year of no relationships, and that included last-minute dates and casual coffee meetups. I was doing a dating purge.

For so long I was waiting to feel like myself with men who tried to change me that I became someone I didn't know or recognise.

I stopped talking about love and happiness as if the two were exclusively married to one another. This goes against the grain of what many of us are taught, because so often the moral of most any story is that love will bring us happiness. And maybe that's true, but in 2019, I wanted to focus on becoming instead of seeking happiness. Rather than fixate on being happy at dinner with a man who may have been inconsiderate in the days leading up to our date, I became better at finding new foods I enjoyed and letting go of fears like sitting alone or ordering for myself. When I no longer had to call or text someone to check in each day, I became a more responsive person to everyone else in my life. All of these small things began to add up, and I was quickly forced to become a better, more fulfilled version of myself.

The concept of "becoming" was really the basis for how I lived in 2019. I wanted to become a person who made more purposeful choices, because so many of the decisions I had made in relationships were born from necessity. From what I had time to eat in the morning to my financial situation, my relationships dictated so much. I made it a point to choose the small things to prove to myself that I could have a healthy control over my own life.

Doing a romantic detox helped me better understand what it was I actually needed. And for me, sex wasn't a part of the detox, and I don't regret it. My friends would jokingly make fun of me for having sex during the year and would tell me my cleanse was really just an excuse for a no-strings-attached type of situation. But without those "strings," I was able to understand my body more than I ever have. I didn't have the complications and emotional struggles that had come with my relationships before. I never once felt myself needing to be convinced or hyped up to have sex (neither of which are ever OK). I was able to focus on myself, what I wanted, and what I liked.

Related:
How to Gracefully Exit a Bad Date

But my purge year wasn't all wonderful and revelatory. It was hard at times. Really hard. I watched To All the Boys I've Loved Before way too many times and cried about wanting my own Peter Kavinsky. During the Summer, I felt lost and had horrible impostor syndrome. I paid way too much money for a psychic in a tiny shop outside an outlet mall to tell me I had already met the man of my dreams and blew it. I checked my exes Instagrams. I staged Snapchat stories and subtweeted exes late at night, which is basically the modern equivalent of Gatsby throwing parties across the lake from Daisy's house. There were times when my lack of a relationship felt more consuming than being in a relationship.

But then, with the help of my therapist, a lot of podcasts, and alone time, I came to terms with the fact that I craved codependency — not for myself, but for my partner. I wanted someone else to need me and obsess over me. By separating myself from other people, I was able to accept what the foundation of many of my relationships were built on and begin to deconstruct those notions. When it's right, I shouldn't and won't go to those extremes.

As my year of no relationships is coming to an end, I can't confidently say I'm ready to find someone yet. I've worked really hard on myself, and I want to continue to grow for nobody else but me. I'm planning a big city move, thinking about getting a dog, and I saved for a solo trip to Scotland, because, why not? And if romance does come my way, I won't reject it. But I no longer feel the need to scramble into a partnership (and stay in one) just because they're there. I'm ready for something kind of epic, and I know now that I deserve it.